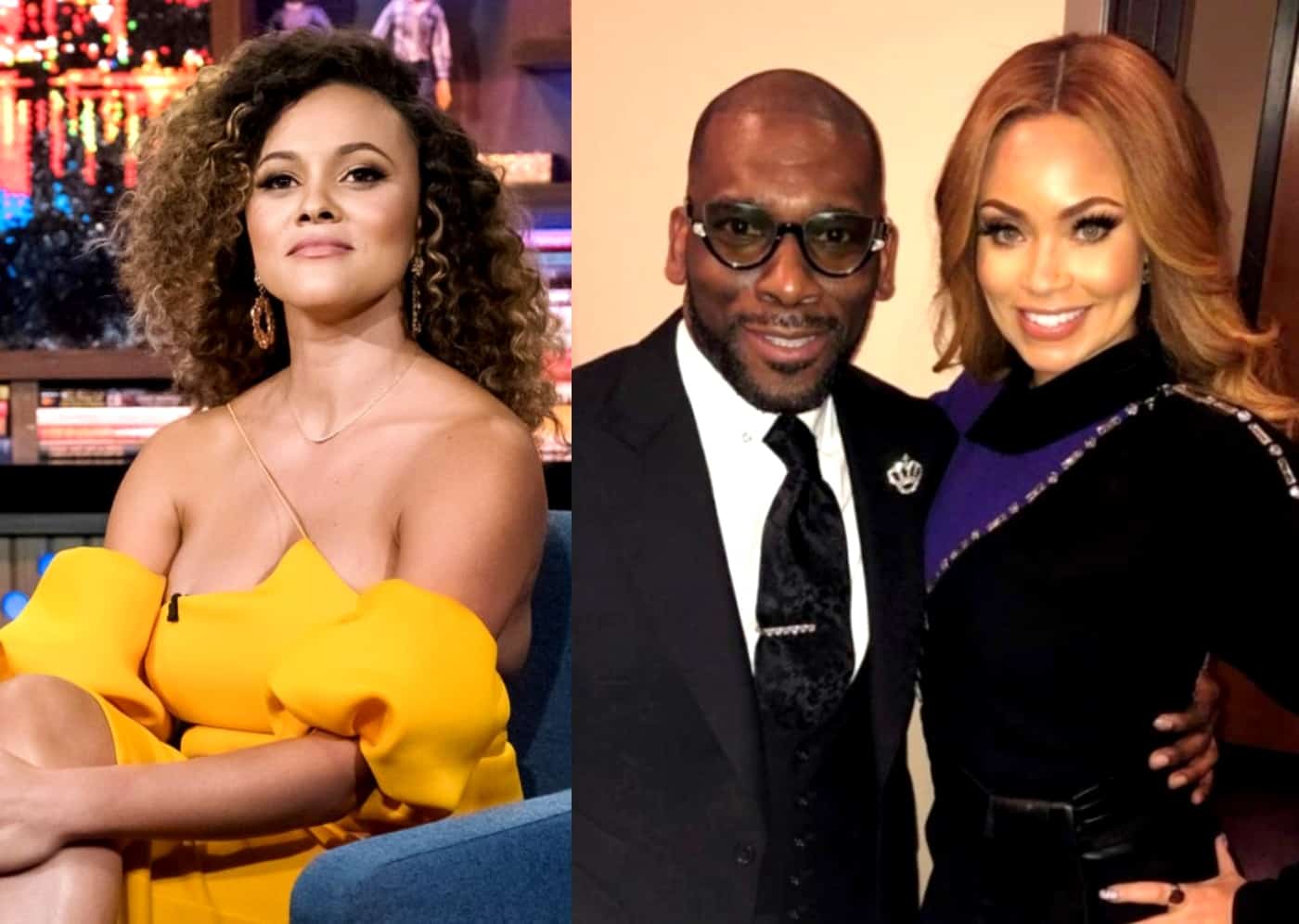 Ashely Darby had a dramatic season (and reunion) on The Real Housewives of Potomac and is taking some time to reflect on all the drama.

In a new interview, the reality star first touched on her often contentious relationship with Candiace Dillard-Bassett, noting that her co-star’s “negative” attacks spoke to how she’s “just not a happy person.”

“I just didn’t really have time for it, I’m really in my pregnancy peace bubble. I made a commitment to myself prior to the reunion [to take the high road] and it just didn’t work out that way” Ashley told Access Hollywood regarding how she got into it with Candiace at the reunion. “I really made a valiant effort until Candiace started popping off right at the beginning.”

She went on, “I just think she’s got a lot of growing to do. She seems to be in a transitional point in her life. Whether that be she’s still working through things with her mom or she’s trying to find her footing and get her own independence in this life … I actually can’t quite put my finger on it, but I all I can say is we will never have a good relationship until she finds more peace with herself and is not such a hurtful and negative person. I just can’t have that around me.”

Ashley also commented on the rough go Gizelle Bryant had at the reunion, pointing out that she actually felt “a little bad” for her castmate after Monique Samuels showed receipts of Gizelle’s man, Jamal Bryant‘s, alleged continued cheating.

Ashley noted that Gizelle “looked a little bit surprised” by the receipts, but she intimated that it was kind of the karma the EveryHue Beauty entrepreneur was asking for.

“To be fair to Monique, Gizelle has had a lot of things to say about Chris [Samuels] and she hasn’t always been the kindest from the beginning,” Ashely shared. “Monique had a really tough time coming into this group in the beginning. So, Gizelle has to understand it’s par for the course that simply because she has really thrown it at Monique.”

As far as those cheating rumors go, what does Ashley believe?

“Unfortunately, I do think there is some truth to it,” she admitted. “But exactly how Gizelle will handle it and whatever they chose to do … I mean relationships — especially ones that have that much longevity — they’ve been together for so long … the intricacies are very unique to everyone, as I can attest to my marriage too, not being very traditional. So, however Gizelle and Jamal choose to handle it, I just hope that they’re both really happy. Seriously. Not just putting up a front for their kids or for the public.”

The forthcoming mother-of-two explained that she empathized with Gizelle considering how her own marriage to Michael Darby has faced its fair share of criticism in the past.

That criticism showed no signs of slowing down after the epic RHOP finale, in which Michael got into it with Candiace’s husband, Chris Bassett, (and the security detail … and the production staff … ). Ashley went on to defend her husband’s behavior and further explain what set him off.

“What he said to me the next day was he does not like seeing people who don’t have the same standards for themselves that they have for other people,” Ashley explained on the RHOP After Show. “Just like Candiace initiated aggression with me and just like Chris — because Michael says something to Chris — Chris pushes Michael to start a fight … they can’t really hold Monique to a different standard and think she should face all these consequences but yet they don’t feel like they should ever be held to any standard or face any consequences. That’s just not right, and I actually agree with him.”

The second part of The Real Housewives of Potomac reunion airs next Sunday at 9/8c on Bravo.