Perez Hilton Implies Andy Cohen Stole His Idea for a Show, Explains Why He's Not Suing Him or Bravo 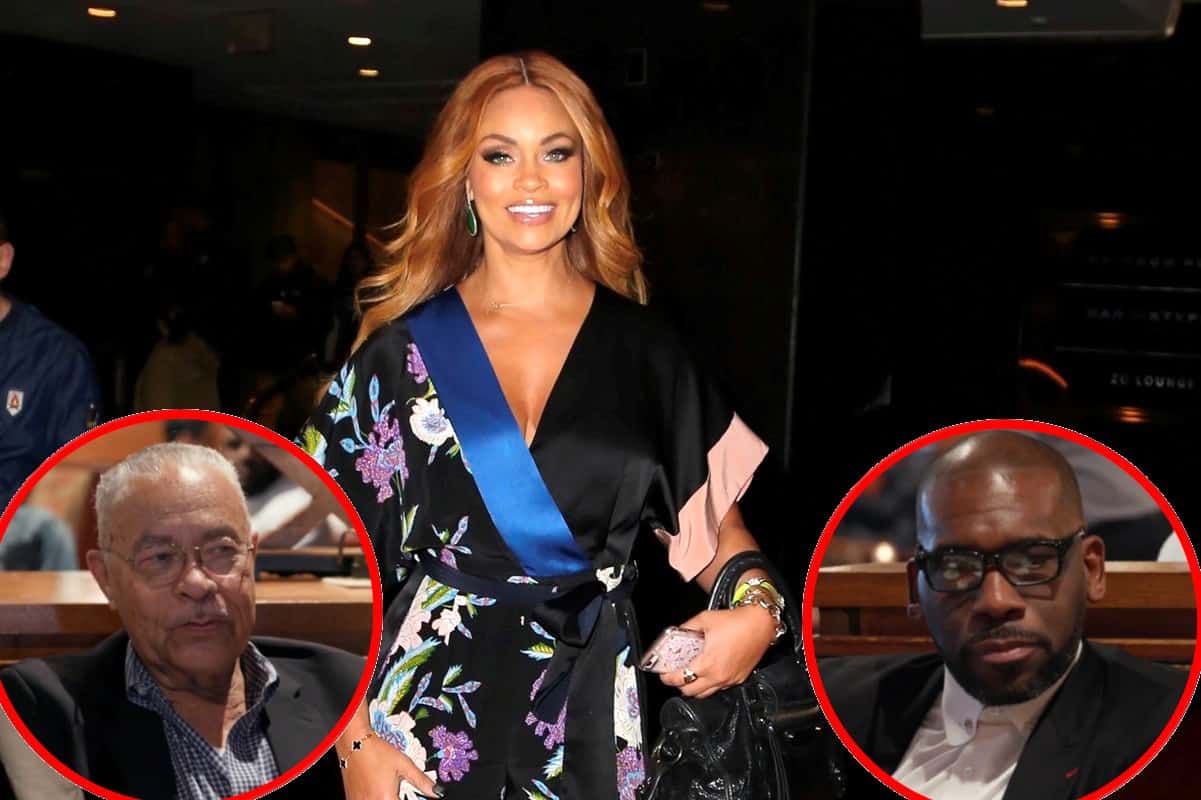 Was Gizelle Bryant‘s father, Curtis Graves, being supportive of her choice to get back with ex-husband Jamal Bryant only for the cameras?

Real Housewives of Potomac fans got a shocking glimpse of truth on Sunday’s episode when Gizelle’s dad went off-camera to the restroom and noted his reservations about the two reconciling.

“You can take the mic off of me. I think I’m done. This is not a good move for her,” said Gizelle’s dad off-camera when he thought his microphone was off. “You know, this guy’s got six, seven baby mamas.”

Gizelle then opened up about the behind-the-scenes moment on the series premiere of Bravo’s Chat Room on September 27.

“My dad is 82 years old, y’all. So 82-year-olds are gonna say something reckless out their mouth. And that’s fine,” Gizelle said. “He does support me, he loves me. If I got married tomorrow, he’d be walking me down the aisle, and that’s all that ever matters to me.”

Gizelle also went on to explain how she’s a “different woman” who has “evolved” and “changed” since their previous time being married, making their second chance at love a different kind of deal.

“I feel like he now looks at me in such a different way and respects me. So that’s been the big difference for us,” she shared on the show. “You know, we’re now equals, as opposed to when I was married, which I didn’t mind at the time, but it was all about him; I was living in his movie, and now we’re living a movie together. So I feel like the love has always been there, the trust is there, and we’re just gonna go down the road and see what happens.”

The reality star’s castmate, Karen Huger, had some differing thoughts on the matter. She seemingly sided with Curtis’ off-camera sentiments.

RELATED:  PHOTOS: Stassi Schroeder Shows Off Her Baby Girl's Closet and Her "Huge" Baby Bump as the Ex Vanderpump Rules Star's Fiancé Beau Clark Prepares for Life as a "DILF"

Karen definitely isn’t afraid to share her opinions about Gizelle, and she has often critiqued her co-star’s style in her confessionals on the RHOP.

Continuing the conversation on Bravo’s Chat Room, Gizelle fired back about the criticism, noting that she was unfazed by such concerns.

“As you know, some of the ladies on [the RHOP] have been talking about my style, my ‘fit, what I’m wearing,” Gizelle shared on the talk show. “Karen just loves to talk about me.”

RHOP's Robyn Dixon Says It Was "Extreme and Unnecessary" for Gizelle to Bring Security to Meeting Wi...
Emily Simpson on How RHOC is Better Without Vicki Gunvalson and Tamra Judge, Says Braunwyn Has "Issu...
Camille Grammer Says RHOBH is All Kyle Richards Has Going For Her After Kyle Slammed Her as Desperat...
In this article:Karen Huger, Gizelle Bryant, RHOP, Real Housewives of Potomac, Jamal Bryant, Featured, Curtis Graves

PHOTOS: Stassi Schroeder Shows Off Her Perfectly Organized Pantry and Baby’s Changing Station as She Completes Her Daughter’s “French CountryR...

Below Deck Med Reunion Recap: Hannah Denies Having a THC Pen; Tom Apologizes for His Behavior and Offers An Update on His Relationship With Malia; Plus did R...