RHOP’s Gizelle Bryant Confirms Split From Jamal Bryant, Explains Why She Unfollowed Wendy Osefo as She and Robyn Dixon Weigh In On Porsha Williams’ Engagement to Simon Guobadia

by Emily Campbell May 28, 2021 71 comments
ShareTweetWhatsappPinterestRedditTumblrMailFlipboard 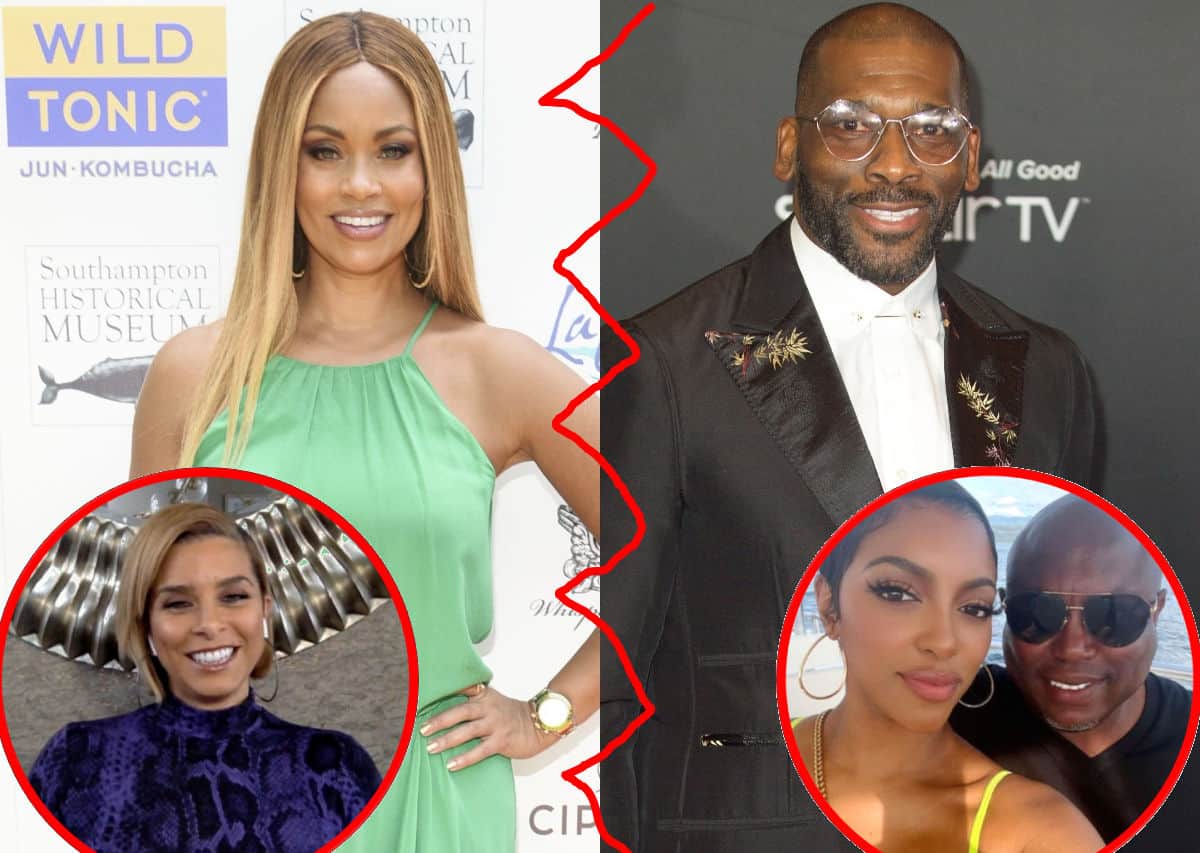 Gizelle Bryant says she and Jamal Bryant have gone their separate ways as she also explains why she unfollowed her Real Housewives of Potomac co-star Wendy Osefo. Plus, she and Robyn Dixon weigh in on Porsha Williams‘ engagement to Simon Guobadia.

In the season six trailer, which dropped earlier this week, Gizelle was seen discussing her relationship with Jamal as she revealed the pandemic had caused stress on their rekindled romance. But while promoting her new joint podcast with Robyn, Gizelle dropped a bombshell.

“There’s an update. There’s a plot twist,” she said on The Breakfast Club on May 28. “So, [Jamal and I] were working on us getting back together, and being back together, but he lives in Atlanta I live in Maryland. With the pandemic, we realized it’s just not the right time. It’s just not gonna work.”

“Right now I am footloose and fancy-free. I am single,” she continued. “I am enjoying my hot girl summer, spring, winter, and fall.”

Still, the mother-of-three made it clear that Jamal will always be a part of her life no matter what, and she claimed they’re still on good terms.

“Jamal will always be in my life. He’s the father to all of my kids,” she explained. “We’ve been together and in each other’s lives [for] 25 years. He is one of my best friends and I to him. I don’t know anyone more than I know a Jamal Bryant.”

The EveryHue beauty founder was also asked about her beef with Wendy and why she’s no longer following her co-star on Instagram. Of course, Gizelle gave a shady answer.

“I did unfollow her. Wendy is one of our newer ladies,” she snarked. “How can we describe her…. That’s why I unfollowed her ’cause she’s just not that interesting. I was scrolling through and I just thought, ‘This don’t look interesting,’ so I just unfollowed.”

Gizelle then went on to explain why Wendy is upset with her, which was also teased in the season six trailer. As fans have likely seen in the teaser, Gizelle seemingly brought up cheating rumors about Wendy’s husband, Eddie Osefo. But according to Gizelle, she did nothing wrong.

“There’s a lot of things she thought I did, that I did not do,” she firmly stated. “And the reason why she thought I did it is because typically I do very shady things and I own it, right? But I didn’t come at it with a shady perspective. It was out of concern for, like, what’s going on in [her] life.”

Since Gizelle is close with Porsha from The Real Housewives of Atlanta, she was also asked to weigh in on her friend’s engagement news, and it seems she’s sticking by her Bravo’s Chat Room co-host.

“It is hard to find love, or lust, or whatever you’re looking for out here in these streets,” she explained. “It’s hard to find it, so if she found it, I’m happy for her.”

However, she admits she wouldn’t be too pleased if one of her co-stars began dating Jamal or another one of her exes.

“That would not be cool because we are in something called a circle, right? But from what I understand Falynn [Guobadia] is gone. Falynn is probably no longer gonna see Atlanta to save her life. So, it’s fine,” she declared.

She added, “I think sometimes things happen. I feel like there are boundaries though and we don’t want to, like, cross boundaries. But listen, I love Porsha, so I’m gonna give her a pass on this one.”

As for how Robyn feels about Porsha getting engaged to her co-star’s estranged husband, she’s definitely not “here for it.”

“I just wish they would have waited a little more time just to like release that,” Robyn said of their engagement announcement. “Whatever, things happen. I wasn’t really here for it. It definitely looks very shady. I think they should have kept their secret for a little bit longer.”

She later added, “I’ll be the shady one. I can’t make that make sense. I’m sorry. This is not making sense to me.”