RHOA’s Falynn Guobadia Breaks Silence Amid Porsha Williams’ Engagement to Her Ex Simon Guobadia, Plus Nene Shades Engagement as “Strange” as Marlo and Kenya Also React, and Porsha Claps Back at Snarky Fan

by Emily Campbell May 11, 2021 413 comments
ShareTweetWhatsappPinterestRedditTumblrMailFlipboard 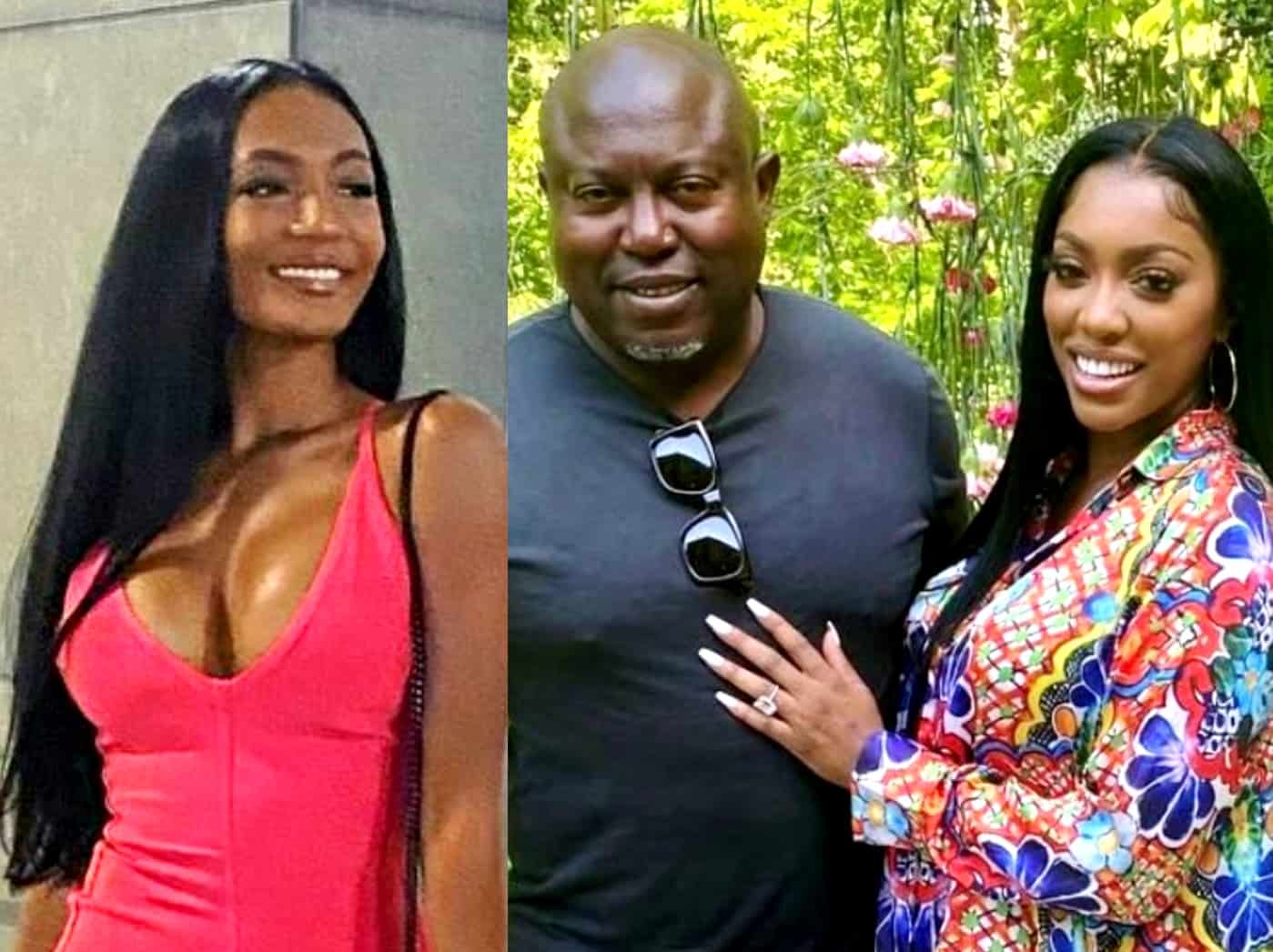 Falynn Guobadia is breaking her silence after her Real Housewives of Atlanta costar Porsha Williams broke the internet last night with news of her engagement to Falynn’s estranged husband Simon Guobadia. Also, some RHOA stars are sounding off on the unexpected engagement news by throwing shade.

As fans have likely heard by now, in a plot twist unlike any other that’s come out of RHOA, Porsha, 39, and Simon, 56, are officially engaged as the couple announced the news via Instagram Monday night.

Of course, Simon is the estranged husband of Falynn Guobadia, who was introduced on the show as Porsha’s friend, and just moments ago, Falynn spoke out for the first time since the news hit as she revealed she is focusing on “healing” and made it clear that her divorce is not yet final despite Porsha implying otherwise.

“I want to thank everyone for reaching out to me and offering their love and support,” wrote Falynn in a statement shared on her Instagram page. “At this time, I am focusing on finalizing my divorce and healing. Sending positivity to all of you.”

Not surprisingly, RHOA fans have been left stunned by this engagement announcement, but it seems they’re not the only ones judging by how some of her co-stars — both past and present — are reacting to the news.

On Tuesday, RHOA alum Nene Leakes tweeted, “I didn’t watch the show! So this the man that was on the show [with] that girl?!?! Oh sh*t now [I] see what y’all saying! OUCH!”

Then, a few minutes later, Nene backtracked just a bit, but she still admitted that the unlikely relationship does seem to be “strange.”

“Reading is fundamental. I posted a comment and didn’t really read,” she explained. “I just saw love and relationship then posted. You have to keep it real as a friend, it looks strange but [I] don’t know any details.”

Reading is fundamental. I posted a comment and didn’t really read. I just saw love and relationship then posted. You have to keep it real as a friend, it looks strange but i don’t know any details

“It’s the audacity for me,” she captioned a photo of herself posing in an over-the-top outfit, which has since been re-shared by The Shade Room.

Then, there’s Kenya Moore, who is likely relishing in the negative social media comments surrounding Porsha and Simon’s engagement. Kenya chose to react by sharing a classic, viral video of Nicki Minaj repeatedly yelling, “Did I lie?” into a microphone.

In recent months, Kenya has dished on her growing friendship with Simon’s ex, even boasting about Falynn’s lavish life with her then-husband. Kenya’s also made it clear that she’d like to see Falynn upgraded to a full-time position ahead of season 14, which is something fans would like to see come to fruition as well… especially now.

Meanwhile, though Porsha hasn’t said much after sharing her exciting news, she did clap back at a fan who claimed the massive ring Simon slipped on her finger is actually the same one Falynn once proudly wore.

“That’s a lie,” she stated, which was also captured by The Shade Room on Instagram.

Regardless of what fans or her co-stars have to say, Porsha claims she and Simon are “crazy in love” — with Simon stating they “check all of each other’s boxes” — and it’s highly unlikely that the mother-of-one will be too bothered by the negative comments.

“We are crazy in love. I know it’s fast but we are living life each day to its fullest,” she wrote in her engagement announcement. “I choose happiness every morning and every night. Tuning out all negative energy and only focused on positive wishes. He makes me so happy and to me, that is what matters most.”