Home Real Housewives of Potomac News Wendy Osefo Slams RHOP Costars For ‘Ganging Up’ on Her, Accuses Gizelle and Ashley of Faking Concern About Eddie Rumors as Karen Huger Weighs in

Wendy Osefo Slams RHOP Costars For ‘Ganging Up’ on Her, Accuses Gizelle and Ashley of Faking Concern About Eddie Rumors as Karen Huger Weighs in 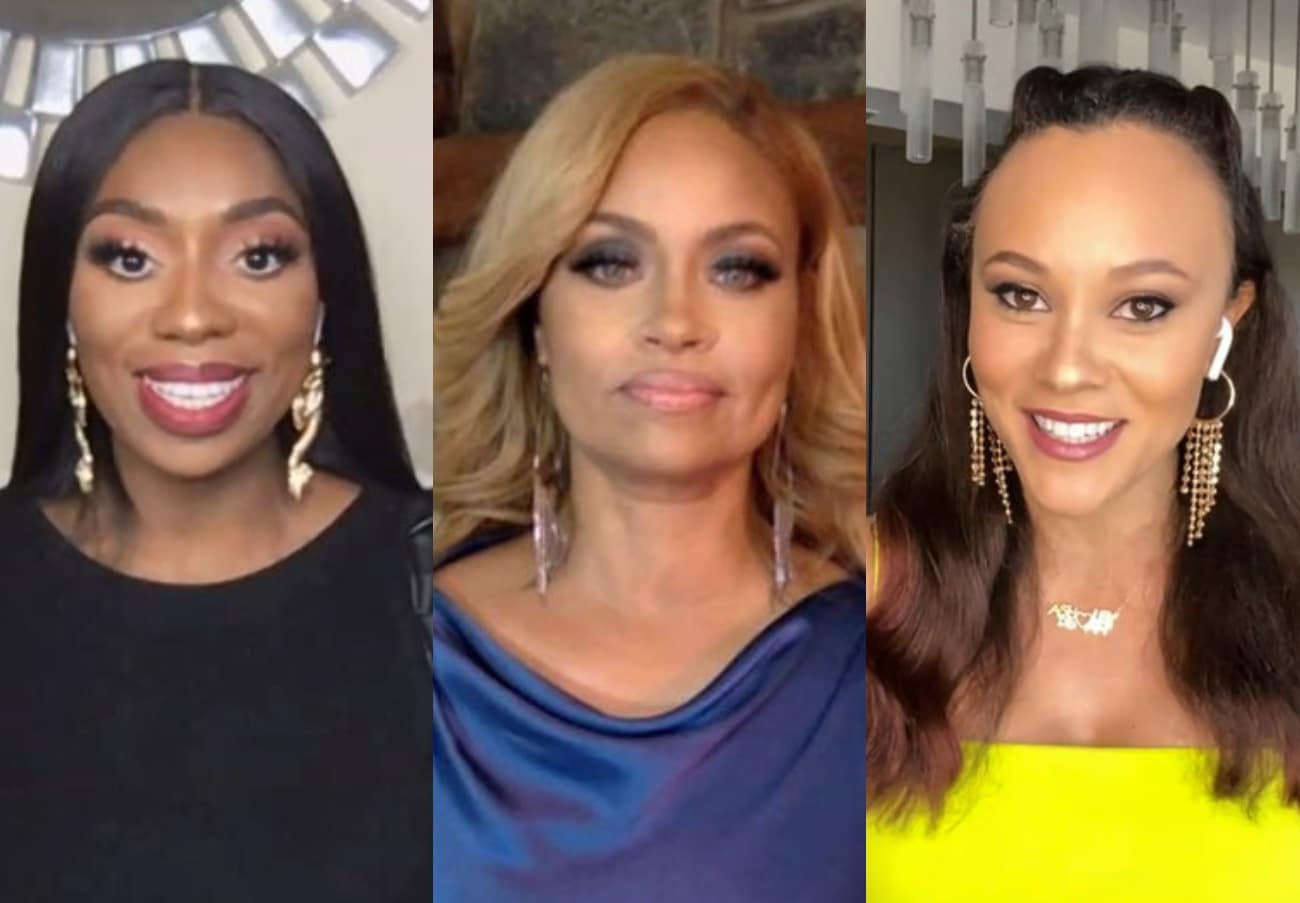 Dr. Wendy Osefo took a stand against Gizelle Bryant on social media before, during, and after Sunday night’s episode of The Real Housewives of Potomac.

As Gizelle and Ashley Darby were seen plotting against her, discussing not only her new body but also the allegations of cheating aimed at her husband, Eddie Osefo, Wendy took to her Instagram and Twitter pages to slam the ladies’ alleged concerns. Plus, Karen Huger also slammed them for speaking on rumors.

“Imagine me worrying about what another woman wears or does with her body?! … I can’t relate,” Wendy teased ahead of the August 22 episode.

In addition to speaking ill of Wendy’s surgery-enhanced figure, Gizelle also mentioned reports of infidelity in her marriage.

As the drama played out, Wendy offered a comment to a fan on Twitter, who pointed out that Gizelle had spoken about the rumors on a number of occasions on RHOP.

“This is the FOURTH time Gizelle has mentioned the Eddie rumors, and not one of those [four] times was it to Wendy,” the fan noted.

“But she claims to be so concerned,” Wendy replied, along with a rolling on the floor laughing emoji. 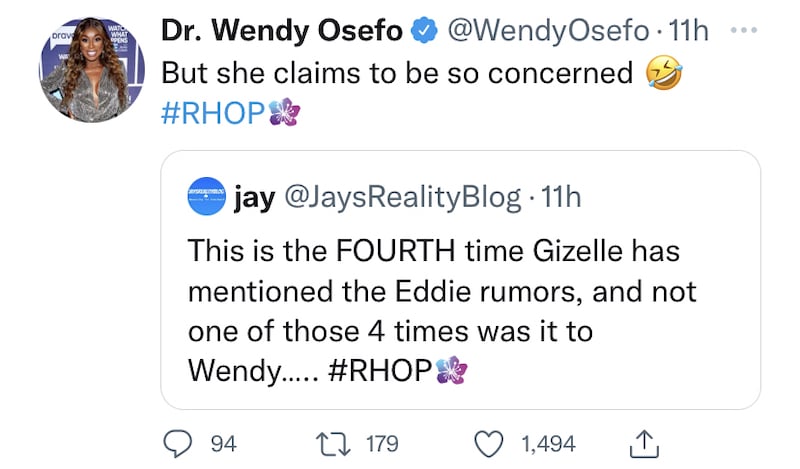 In a second tweet, Wendy accused her costars of ganging up on her.

“Two days in a row these women have ganged up on me,” Wendy tweeted, seemingly referencing Gizelle and Robyn Dixon.

Meanwhile, after the episode aired, Wendy reshared a number of comments on her Instagram Story from fans who applauded her for putting Gizelle in her place on the show.

“I thought we were gonna have to wait til the reunion for [Wendy Osefo] to drag [Gizelle Bryant]… She did it in one episode… The way I screamed in this house!” one of the messages read. 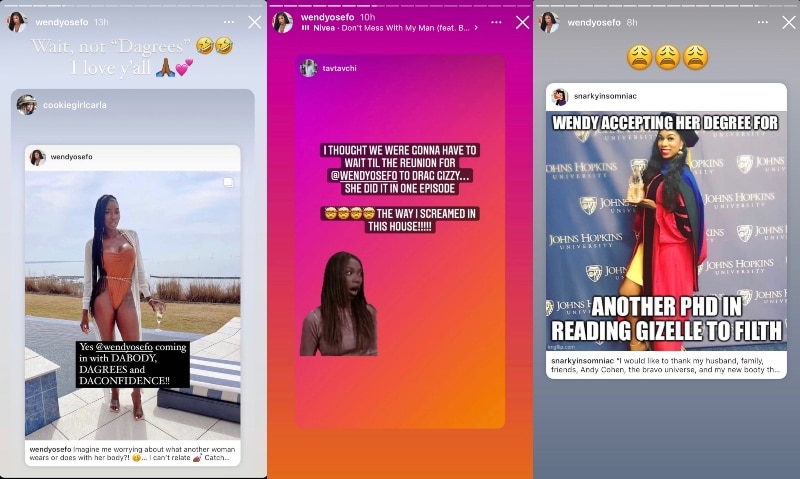 “Dr Wendy. Class in in session,” another message stated. “READ THE GWORLS neowwwww!!!!” 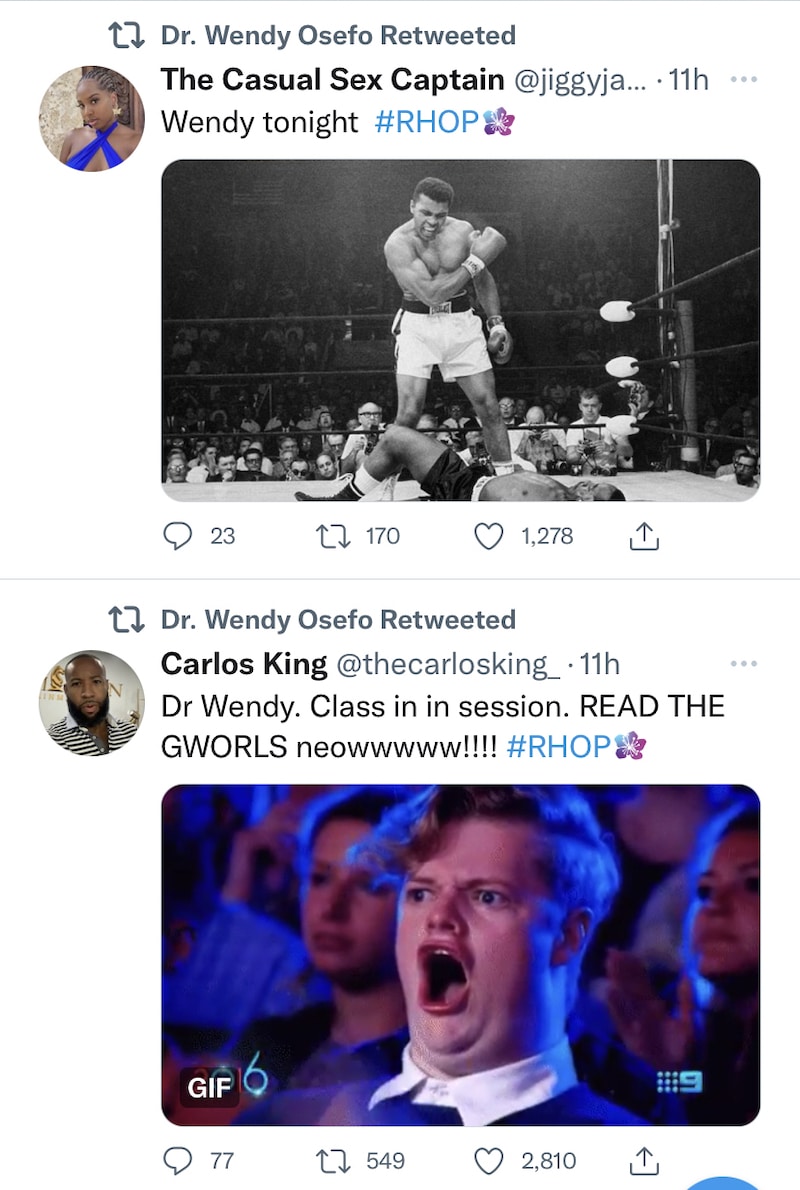 As for Karen, she shaded Gizelle and Ashley for repeating the rumors about Eddie.

“There is a distinct difference Between speaking on rumors and speaking on facts,” she wrote.

Then, moments later, Karen shared a second tweet, in which she seemed to shade her co-stars as emotionless.

“I don’t expect anyone void of emotions and compassion for others to understand lifting a sister when she’s hurting or being an auntie to a friend in a difficult place,” Karen said.