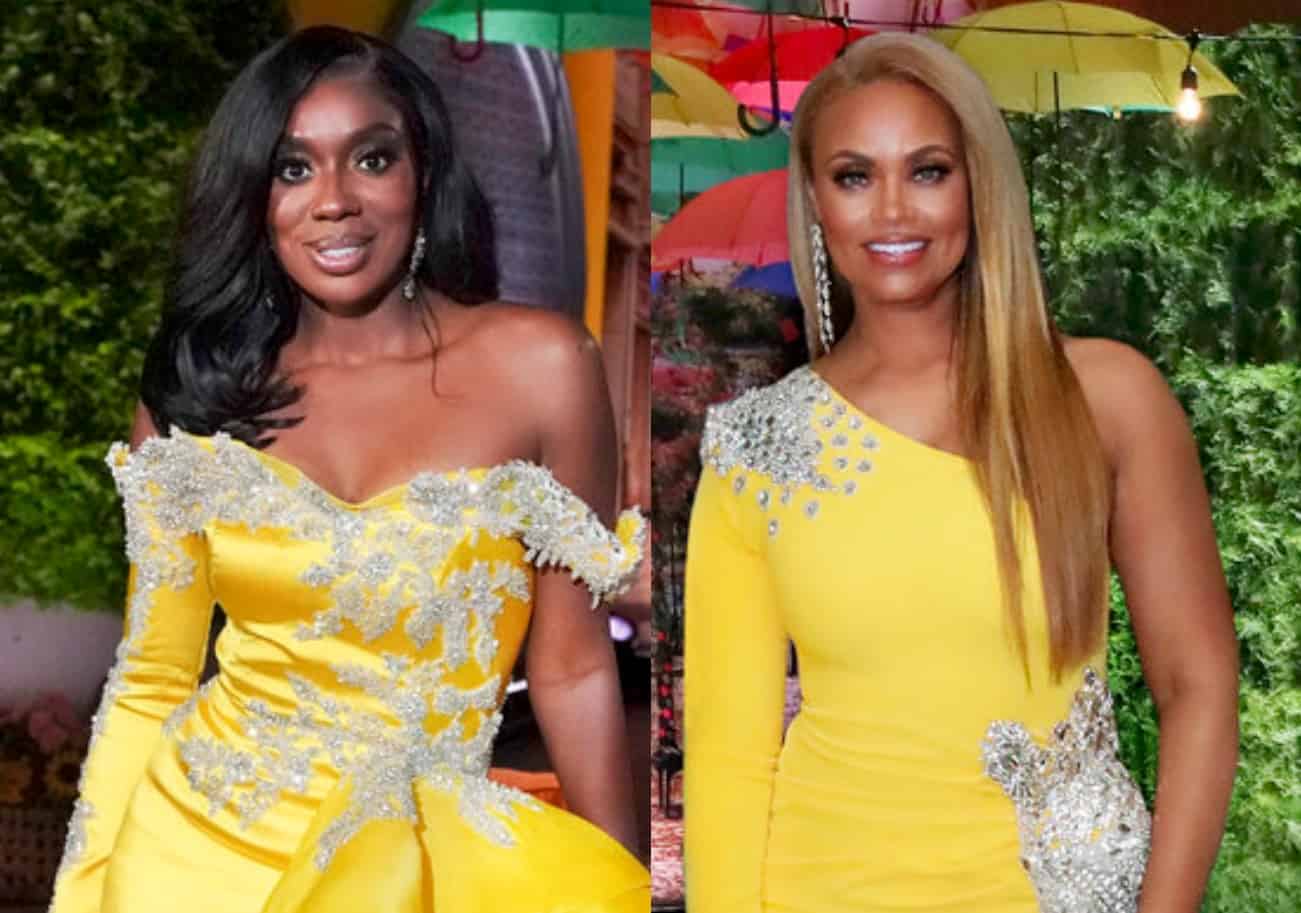 Wendy Osefo isn’t holding back as she addresses her season six feud with Gizelle Bryant and those “Eddie rumors.”

Heading into her sophomore season of Real Housewives of Potomac, Wendy found herself in shock due to the “dynamic shift” as she believed she and Gizelle would be besties. Unfortunately, the exact opposite occurred as her one-time pal brought up cheating rumors that had been circulating online about her husband, Eddie Osefo.

Although Wendy understands she’s a public figure now, making her susceptible to salacious rumors, she’s still angry with Gizelle for having the audacity to bring up the gossip on camera.

“People go and lie about you, and it is what it is. And I’m OK with that. I know what I signed up for,” she told Entertainment Tonight. “But there is, for me, a level of expectation that I felt we have within our circle. Especially when it’s a salacious blog that has also spread vicious rumors about her and her family.”

“It was like, this doesn’t make any sense to me because you are repeating a lie that, if I wanted to, I could repeat the same thing about you — anyone here — because that’s what they do,” she continued. “And don’t get me wrong, I’m not mad at the blogs. Everyone has to eat. Do you, you know? I’m not mad at it because we know our truth. And I’m confident in my marriage. It doesn’t matter. But in the same token, you have a level of expectation from your friends, and you don’t think that your friends will ever give life to a lie.”

Wendy went on to say she believes Gizelle’s alleged attack on her husband and family was actually a premeditated plot.

“I do think it was premeditated,” she proclaimed. “And I also know that certain individuals on this show have a pattern in the practice of attacking people’s families. That’s what they do. That’s what they get off on. And you know, again, if that’s what you do, do you, but don’t do that with the Osefo crew. I don’t play.”

She added, “Talk about my wigs, my clothes, anything you want to, chile. Just talk about me, but don’t talk about a man who is not just a good husband, but a good father. And his only crime is supporting me to be on this platform. Don’t do that because I will drag you.”

As fans have likely seen in the trailer, it appears Wendy did in fact “drag” Gizelle as she’s seen telling the mother-of-three, “I see you for everything everybody ever said that you were.” Apparently, the political commentator hasn’t changed her mind one bit since that heated exchange.

“I’m one of those people that I judge you based on what you give to me, and this season, what she showed me was everything that people said about her both on and off-camera is true,” she snarked. “Everything is true. And I wanted to let her know that I see her for exactly what and who she is. And the wool has been pulled off of my eyes. Like, I know who you are. I’ve called your card. And I will deal with you based on the card I have read you to be.”

Wendy also spilled a little behind-the-scenes tea as she revealed the cameras were actually shut off at one point during the argument featured in the teaser.

“This may be breaking a little bit of fourth wall here — I think that sometimes people forget that this is the real world, right? So don’t think you’re going to try to talk about my family under the safety blanket of saying, ‘Oh no, no, no. This is just for a show.’ No, this is real life,” she explained after admitting the cameras were cut. “I understand that she has made it a pattern to have fake relationships, so it’s OK if people attack that. My marriage is real. This is not for TV. My marriage is real.”

As for how Eddie’s doing, Wendy said he was her rock during season six, and he actually dealt with the rumors better than she did.

“Eddie’s so good. Eddie’s only concern was, are you OK baby? That’s all he cared about,” she shared. “He has really been a rock. … We’re going on 10 years of marriage, I didn’t think I could love him more.”

RHOP Live Viewing – This is also the live viewing thread for tonight’s premiere Real Housewives of Potomac season six, so feel free to comment and chat below as the new episode airs at 8/7c on Bravo.