Gizelle Bryant Shares Where She Heard “Eddie Rumors,” Talks RHOP Season 6 Drama With Wendy Osefo, Plus Where She Stands With Karen Huger, and Live Viewing Thread 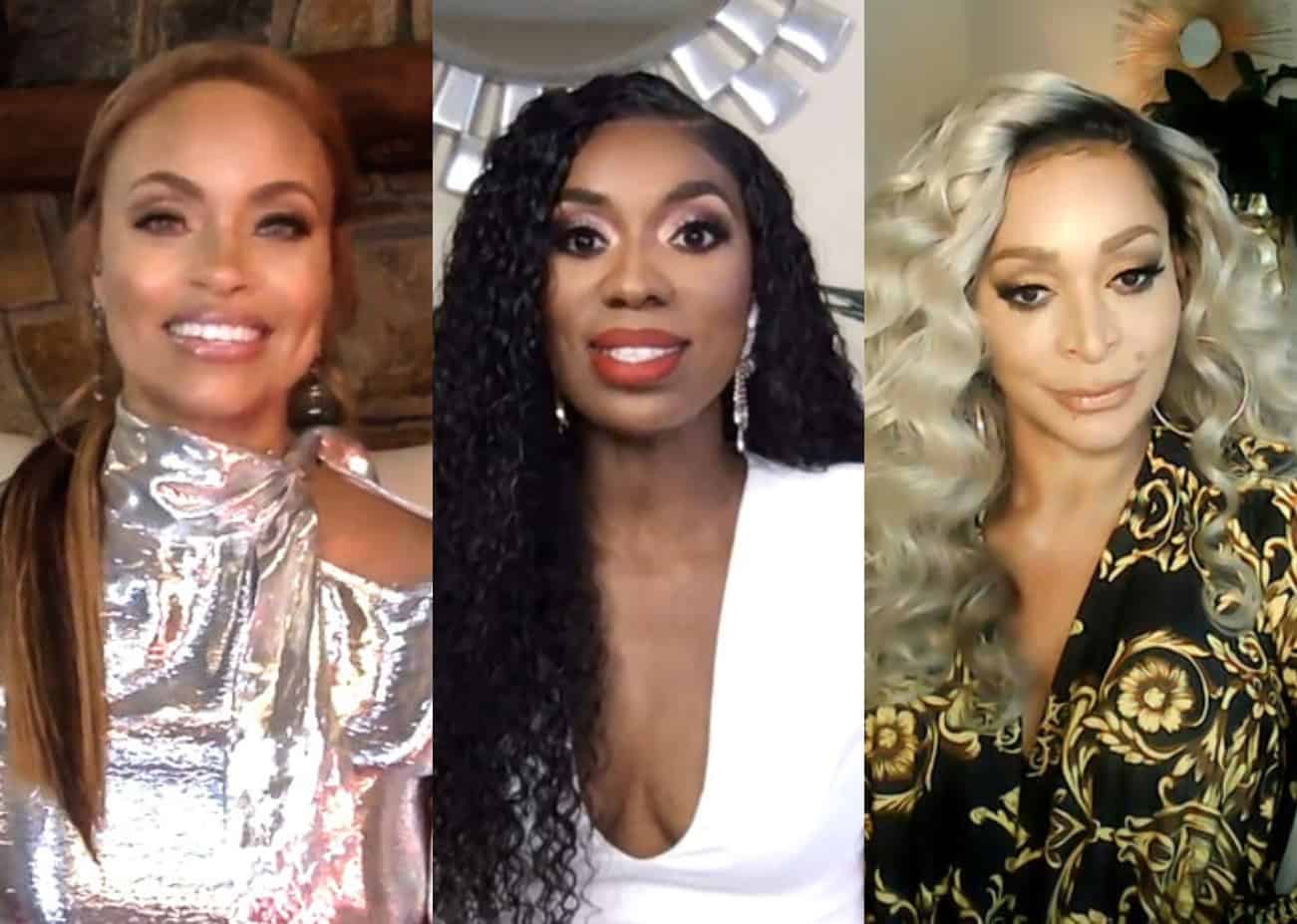 Gizelle Bryant is dishing on the drama surrounding the cheating rumors involving Wendy Osefo‘s husband, Eddie Osefo, plus she reveals where she stands with longtime frenemy Karen Huger.

Ahead of the Real Housewives of Potomac season six premiere, Gizelle opened up about her issues with Wendy and revealed where she first heard the “Eddie rumors” mentioned in the trailer.

If fans recall from the teaser, Gizelle is heard asking, “So when are we going to talk about the Eddie rumors?” which Wendy obviously didn’t appreciate. But, according to the Reasonably Shady podcast host, the rumors had to be addressed because the ladies of RHOP don’t sweep anything under the rug.

When asked about her heated exchange with Wendy in the trailer, Gizelle said she believes the professor will realize she was wrong in that moment once she watches the show back.

“I would be curious to see how the season plays out and how Wendy feels about the season as she views it. I want Wendy to be a viewer this season, because I think she was thinking a lot of things happened that didn’t,” the mother-of-three insisted.

Gizelle went on to claim she’s “fine” with Wendy these days, but she’s not so sure the news commentator is “fine” with her. Nevertheless, it seems the drama between the ladies this season will not be as heavy as it was in season five.

“This is like Potomac back to basics,” she explained. “This is the season where you guys remember why you fell in love with us because we’re shady, we’re funny, we’re boss businesswomen, but we know how to bring the drama.”

As for where Gizelle stands with Karen, she said they’re in a much better place now that filming has wrapped. However, she doesn’t want fans to be disappointed about their reconciliation as they can still expect plenty of fights between the pair.

When asked what caused her beef with Karen in the first place, Gizelle said she’s still trying to figure that out herself.

“I don’t know where it came from,” she quipped. “I think Karen just wakes up, and she just hates my name. I don’t know.”

RHOP Live Viewing – This is also the live viewing thread for tonight’s premiere Real Housewives of Potomac season six, so feel free to comment and chat below as the new episode airs at 8/7c on Bravo.