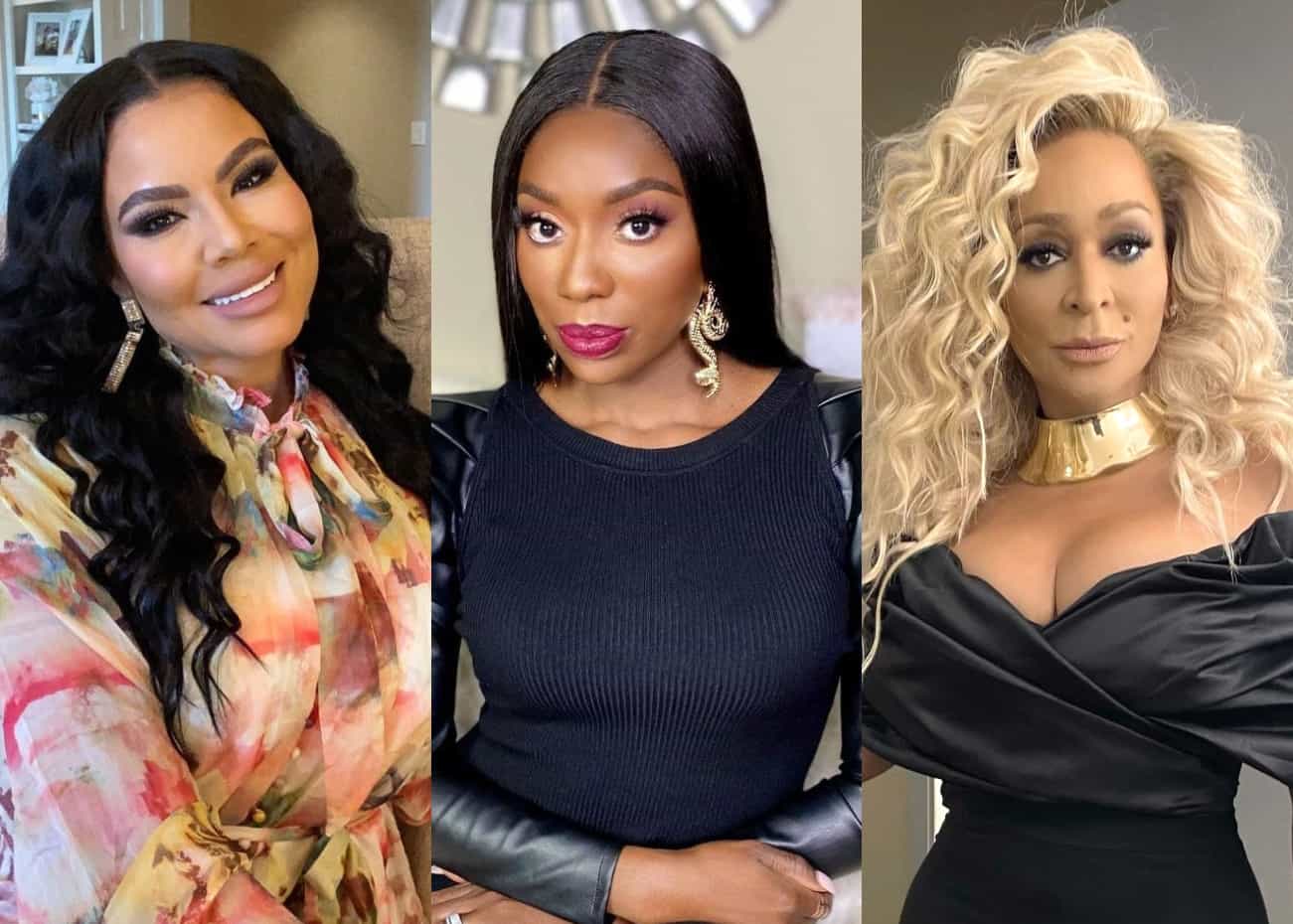 Mia Thornton is dishing on her first season of Real Housewives of Potomac and teasing drama with Dr. Wendy Osefo as Karen Huger says she’s holding out hope that one of her returning co-stars will eventually exhibit some personal growth.

Ahead of the season six premiere, Mia, Karen, and Ashley Darby joined a special Instagram Live to chat about the upcoming season. As the newbie of the group, Mia was asked to name something “unexpected” about her time filming, and she was apparently taken aback by how quickly drama would unfold.

“Oh, gosh! So there’s so many things,” she said on the “RHOP Girl Summer” Instagram Live hosted by Bravo TV. “But I think the number one thing was we just would sit down, and we’d go from moments where we’re so happy, and then all of a sudden it’s like, ‘Okay, we’re doing this right now? That I had to get used to.”

As for who surprised the mother-of-three the most, she didn’t have to think twice about that question.

“I would have to say Wendy,” she shared. “It was challenging because I had only seen her doing her news and commentating on the television screen, and of course last season I had a chance to see her. And there’s been a couple of months that have gone by, so there’s been some changes. We’re not going to say too much because we’re gonna talk about it.”

She went on to shade Wendy when she was asked to name who among the group actually lived up to her expectations.

“Well all the ladies really, with the exception of that one that was just a little bit different,” she snarked as Karen flashed a telling grin before looking away from the camera.

Mia admitted that she had a difficult time when filming first began, but it seems she eventually found her footing and was able to hold her own within the group.

“I will you tell that two weeks into filming I was like, ‘Oh [sh*t]! What have I signed up for?'” she quipped. “[I was] literally doing circles around my house. I was pacing, like, let me put on my big girl panties here and give these girls a run for their money.”

Meanwhile, Karen said she was pleasantly surprised by most of her fellow cast members while filming season six before hinting that a certain someone hasn’t changed much.

“These women really, really surprised me. We’ve got a bunch of beautiful women who are powerfully intelligent, so I enjoyed all of that,” the Grand Dame gushed.

“The women just brought it. They’re beautiful, they’re stunning. I’ve seen personal growth in everyone, except for one who shall remain [nameless], and who will consistently show… I just haven’t seen much change. But I’m holding out hope,” she said as Ashley threw her head back in laughter.