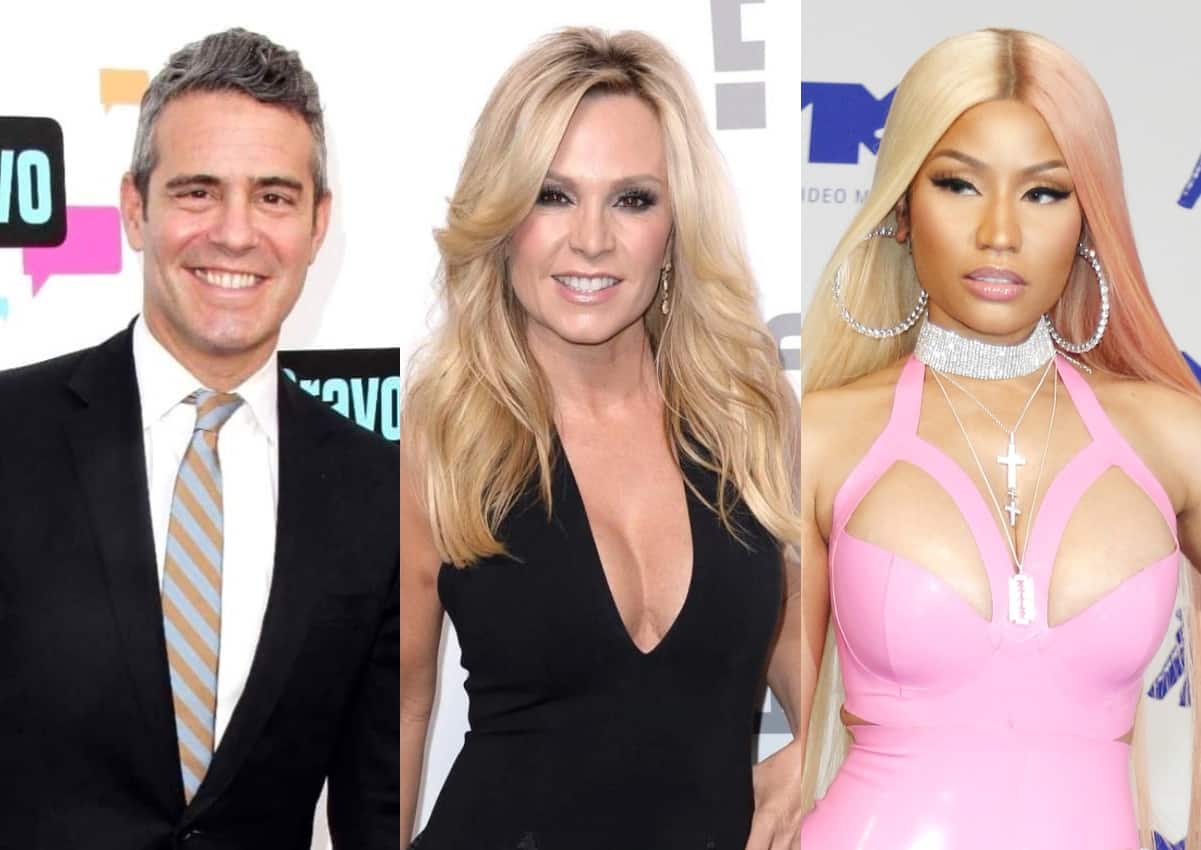 Andy Cohen is addressing the rumors regarding the upcoming season of The Real Housewives of New York City.

During a new interview, the Watch What Happens Live host addressed casting before reacting to Heather Dubrow‘s return to The Real Housewives of Orange County and teasing a potential friendship between her and Gina Kirschenheiter.

While Andy didn’t specify which exact rumors were untrue, he did call the recent claims about the chaos going on behind the scenes at RHONY “totally untrue.”

“Is there a shakeup coming?” he asked Entertainment Tonight. “I would say, well, listen, I think we shot this season during COVID and the world was shut down as we shot a show that is — a huge part of The Real Housewives of New York City is reliant on New York City as the character in the show, and New York City was shut down during production. So, we had to spend extended time at [Ramona Singer]’s house and in Salem and just doing things that maybe otherwise life would have been different.”

“So I think that the show will continue to evolve,” he continued. “And I think that if anything, we should add to the group, because I think people wanted to see more people. But I don’t know that in producing the show this season that we would have done much differently. We were facing a lot of different obstacles when we went into production.”

As for Heather’s return to RHOC, which was announced in June on the heels of the exits of Kelly Dodd, Braunwyn Windham-Burke, and Elizabeth Vargas, Andy said it was simply the “right time” to bring her back.

“I think it was the right time, not only because I think the fans were asking for it, but it’s always fun to bring back an old friend and see an old friend, but also I think it was a great time to get back to some of the aspirational luxury that the Orange County franchise launched with, and that Heather certainly represents,” he shared.

And while there have been rumors suggesting Heather and Gina Kirschenheiter are likely to butt heads, Andy suggested otherwise.

“I think they’re going to be pleasantly surprised,” he teased, seemingly confirming what fans assumed of a recent photo of the two of them.

It was also noted in Entertainment Tonight’s report that Bravo is expected to share more casting news ahead of its 16th season’s launch, which is expected to take place later this year or early next year. And while some have suspected Tamra Judge will be back as well, Andy confirmed no such thing.

“I think Tamra — as I’ve said many times — was one of the greats and I hope at some point, either now or in the future, we’ll do more with her,” Andy offered. “I don’t know when, but I think that would be great.”

Also during the interview, Andy commented on the recent attention his franchise has gotten from Nicki Minaj, who expressed interest in hosting the season six reunion of The Real Housewives of Potomac, and Rihanna, who called out Ramona for offering to promote Leah McSweeney‘s clothing brand, which Rihanna was already wearing.

Meanwhile, regarding Rihanna, he said, “Listen, that was amazing.”

“We had Rihanna and Nicki in the course of 24 hours posting about the shows. It’s awesome,” he added.