Home Real Housewives of Orange County News Heather Dubrow Reacts to Rumor She Got Kelly Dodd Fired From RHOC, Discusses Return and if She Wants Tamra and Vicki Back on Show, Plus She Teases Season 16 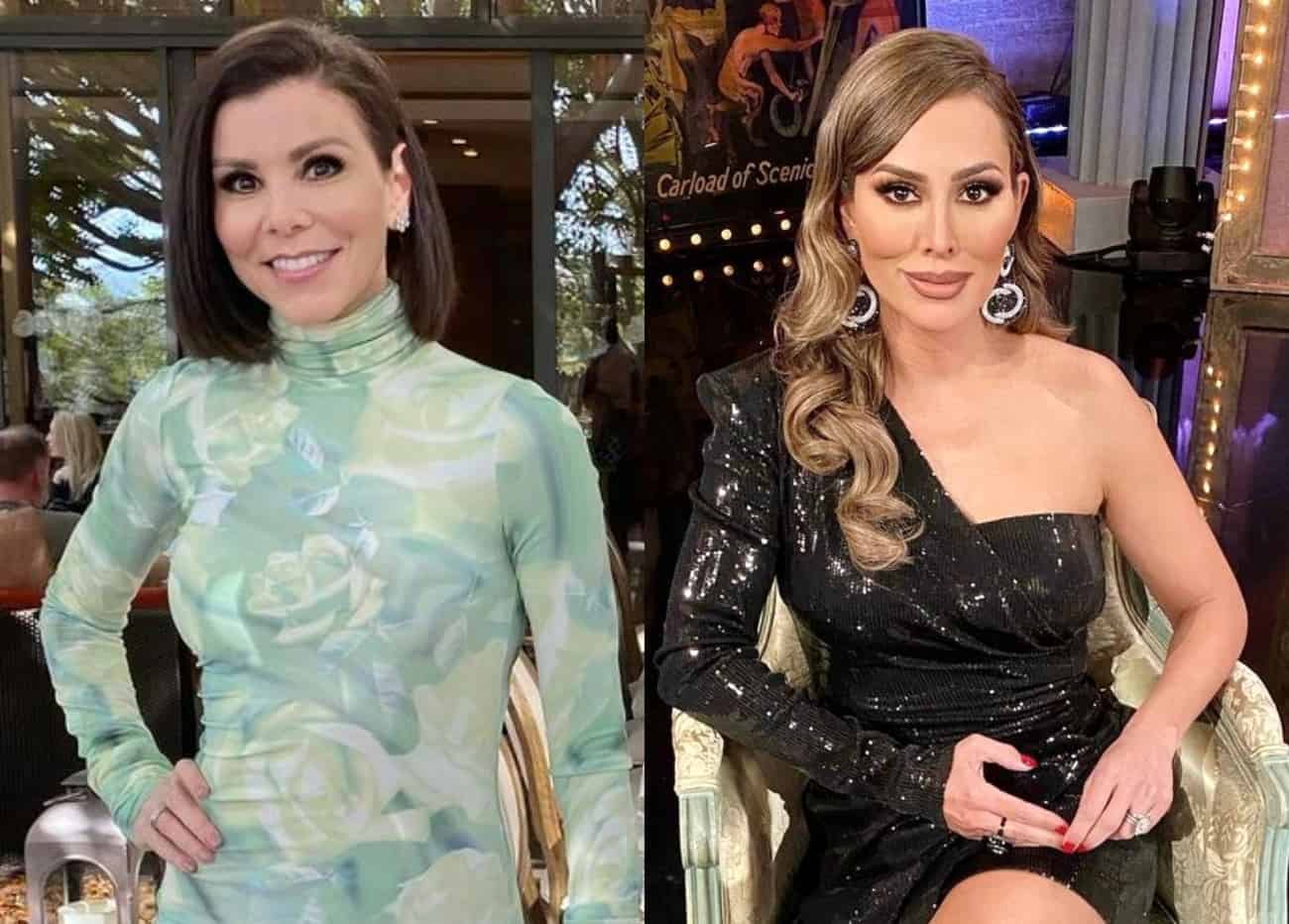 Heather Dubrow denies having anything to do with Kelly Dodd‘s firing and shares her thoughts on whether Tamra Judge and Vicki Gunvalson should return.

Heather has officially returned to the Real Housewives of Orange County after a five-year break as she and her co-stars began filming earlier this month. And when she sat down for a new interview, the Dubrow Diet author explained why she finally decided to make a comeback.

“[Producers] called me in December and I laughed like, ‘Stop!'” she said on E! News‘ Daily Pop on Friday. “And then we started talking about it and we had a family meeting about it, it just seemed like the universe was telling me it’s time.”

Heather also responded to rumors that she played a role in Kelly getting axed. The mother-of-three insisted her hands are clean when it comes to Kelly’s firing before seemingly admitting the controversial star did play a part in her decision to walk away from the show following season 11.

“I think you would know that anyone that thinks they have that kind of power on a show like this is really very misguided,” she quipped. “Having said that, when I left the show I felt like the culture of the show was changing and it wasn’t really in line with who I am or something that I felt comfortable in.”

When asked whether she’d like for her old pals Tamra and Vicki to return, she said she’d love to see the series return to its heyday.

“I think it would be really fun to bring back what a lot of people consider the golden years of the show,” Heather shared “And so I think what the audience wants is the fun. Drama always happens but back in the day it was drama like she broke the bow off my cake or something silly. And I think that we can mock and make fun of and explore the dynamics of relationships and everything in a fun way while still having great fashion, going on beautiful trips. Everyone’s excited to finally see our home.”

In Heather’s opinion, the “connectivity” between the cast members is the most important part of any Housewives series. Nevertheless, she’s aware that a portion of the audience craves the messy drama.

As for whether fans will be satisfied with the upcoming season, Heather said, “I think everyone’s going to be very, very happy with this season.”