Home Real Housewives of Orange County News Will Vicki Gunvalson and Tamra Judge Return as ‘Friends’ on the Next Season of the RHOC? Their Status for Upcoming Season is Revealed

Will Vicki Gunvalson and Tamra Judge Return as ‘Friends’ on the Next Season of the RHOC? Their Status for Upcoming Season is Revealed 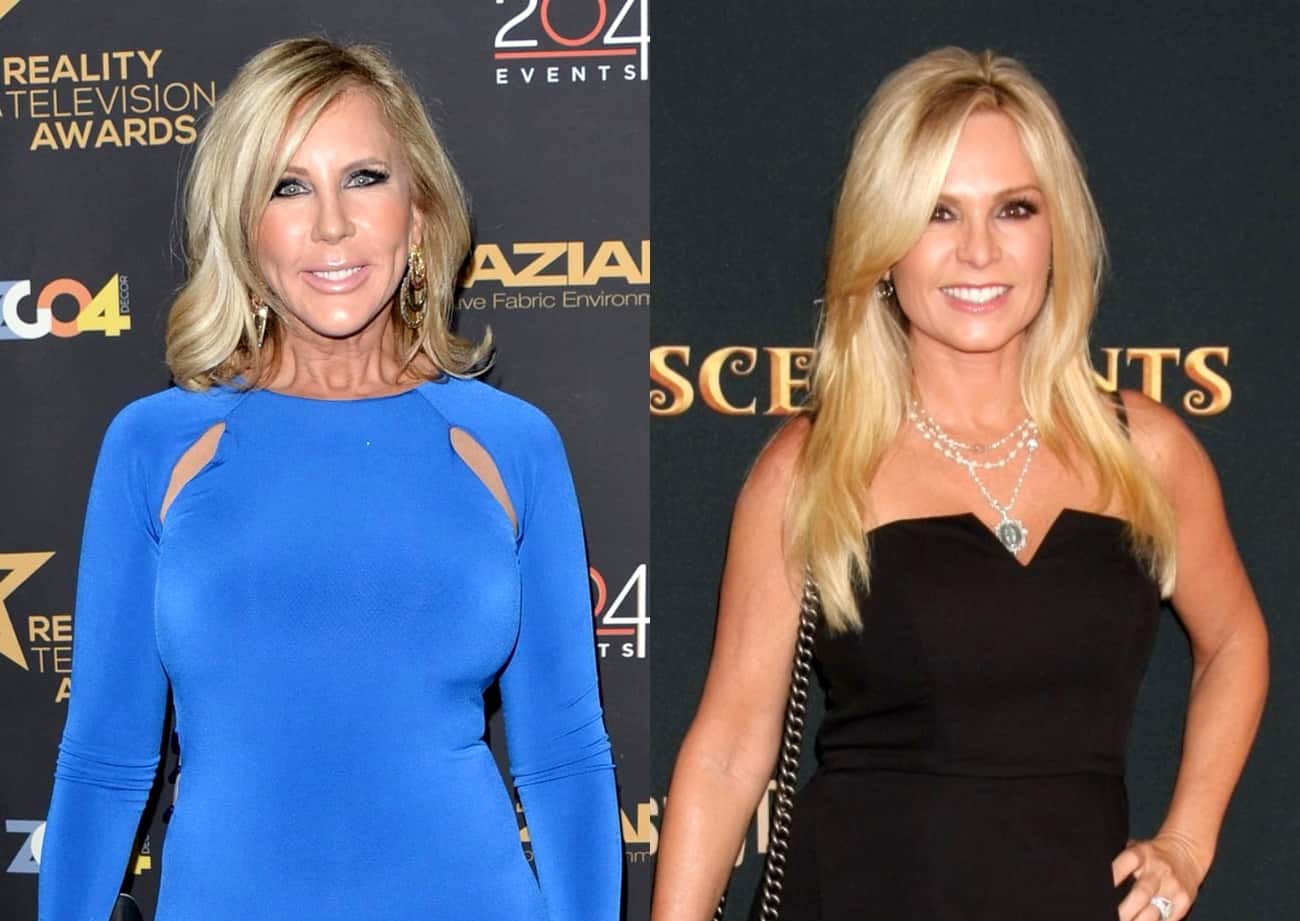 Are The Real Housewives of Orange County OGs Vicki Gunvalson and Tamra Judge actually going to return to the show?

After Vicki posted a mysterious photo of the two former housewives filming to her Instagram, RHOC fans were left wondering what’s going on with the two BFFs and if they’re returning. “Just another Sunday night,” Vicki wrote in the caption of a photo shared on Instagram on March 1.

It turns out the two are actually filming for an upcoming show that’s completely unaffiliated with RHOC or Bravo. “And just like that, I’m back on the horse,” Tamra said in a clip shared to her Instagram Stories.

A source also recently confirmed to Hollywood Life that “Vicki will not be a part of Housewives at all this season 15,” and she is currently pursuing other ventures.

The source continued, “She’s still very good friends with Shannon (Beador) and wishes her the very best. She’s ‘done’ for now and enjoying focusing on her Coto Insurance business and her clients, planning trips to see her grandsons in North Carolina and getting ready to close escrow on her new home in Puerto Vallarta.  She’ll be focused on her new podcast Whoop it Up with Vicki and excited to see what life will be like without RHOC.  She’s excited for what’s to come. She was filming with Tamra on a secret project and is excited to share with you what that will be in a few months.”

Where does this leave Tamra? Although the Cut Fitness owner isn’t technically a real “OG,” having started filming in season 3, the “pint-sized, baptized, and highly prized” star has been a fixture on the show for a long time, leaving many fans devastated that she and BFF Vicki won’t be back to whoop it up.

The RHOC alum has been through a lot of back and forth with producers and is possibly considering a return as a “friend,” but she is not confirming anything yet.

“Production hasn’t been informed of Tamra’s potential plans to film here and there for this season,” the source also revealed. “She hasn’t notified them of anything nor has she signed anything yet. It’s all still up in the air.”

Tamra has been going through a lot at home with her ex-husband Simon Barney‘s stage 3 throat cancer diagnosis, so perhaps a comforting return to TV with her “Tres Amigas” pal at her side is the right move.