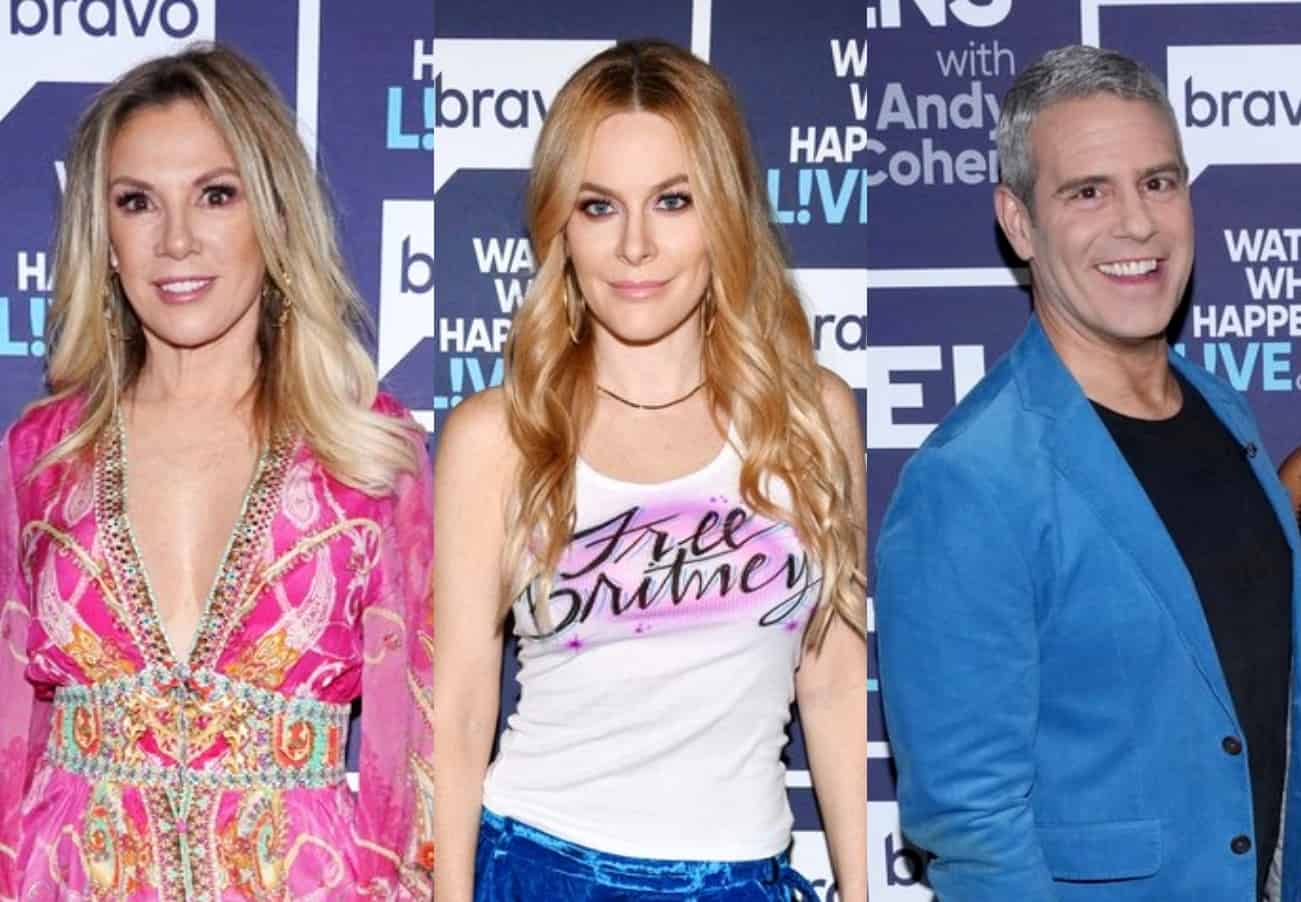 Before teasing upcoming drama at Eboni K. Williams‘ Black Shabbat dinner and reacting to being called out by singer Rihanna on Instagram, the series OG was asked if she knew where the false rumors regarding her Bravo exit began.

“I kind of thought [Leah McSweeney] did but she told me she didn’t. As far as me not doing the reunion, I would never not show up for any position I have. So… fake news!” Ramona, who was wearing a Camilla’s Rainbow Rhythm Kimono Sleeve Dress, confirmed on the August 3 episode of WWHL.

During the upcoming episode of RHONY, Eboni’s Black Shabbat dinner will be seen, but Bershan Shaw will not be featured after being left off the guest list.

While playing a game of “Do You Regret it?,” Ramona was asked if she regretted her behavior at Eboni’s event.

“I didn’t see it yet,” Ramona replied.

But Andy Cohen wasn’t going to let Ramona off easy and reminded her, “Sweetie, you lived it.”

He also said that “the only answer is yes,” which prompted Ramona to change her answer.

Andy also asked her if she regretted calling him hours before the WWHL taping to request the night off.

“Do you regret calling me today at 3 o’clock asking if you could get out of coming on this show because someone offered you Lady Gaga tickets?” he wondered.

Then, when Andy asked her to name a Lady Gaga song, she couldn’t.

“Um… you got me so flustered now I can’t think!” she claimed.

During another segment of the show, Andy mentioned the way in which Rihanna trolled Ramona on Instagram after she offered to promote Leah’s clothing brand on the show, only to be shot down and reminded that Rihanna already wears the clothes.

“What was your reaction to that?” Andy asked.

“I love the attention,” Ramona admitted.

While Andy offered a poll to his viewers, asking them whose side they were on, he didn’t think many would be siding with Ramona.

“I think this is gonna be a landslide for Rihanna,” he suspected.