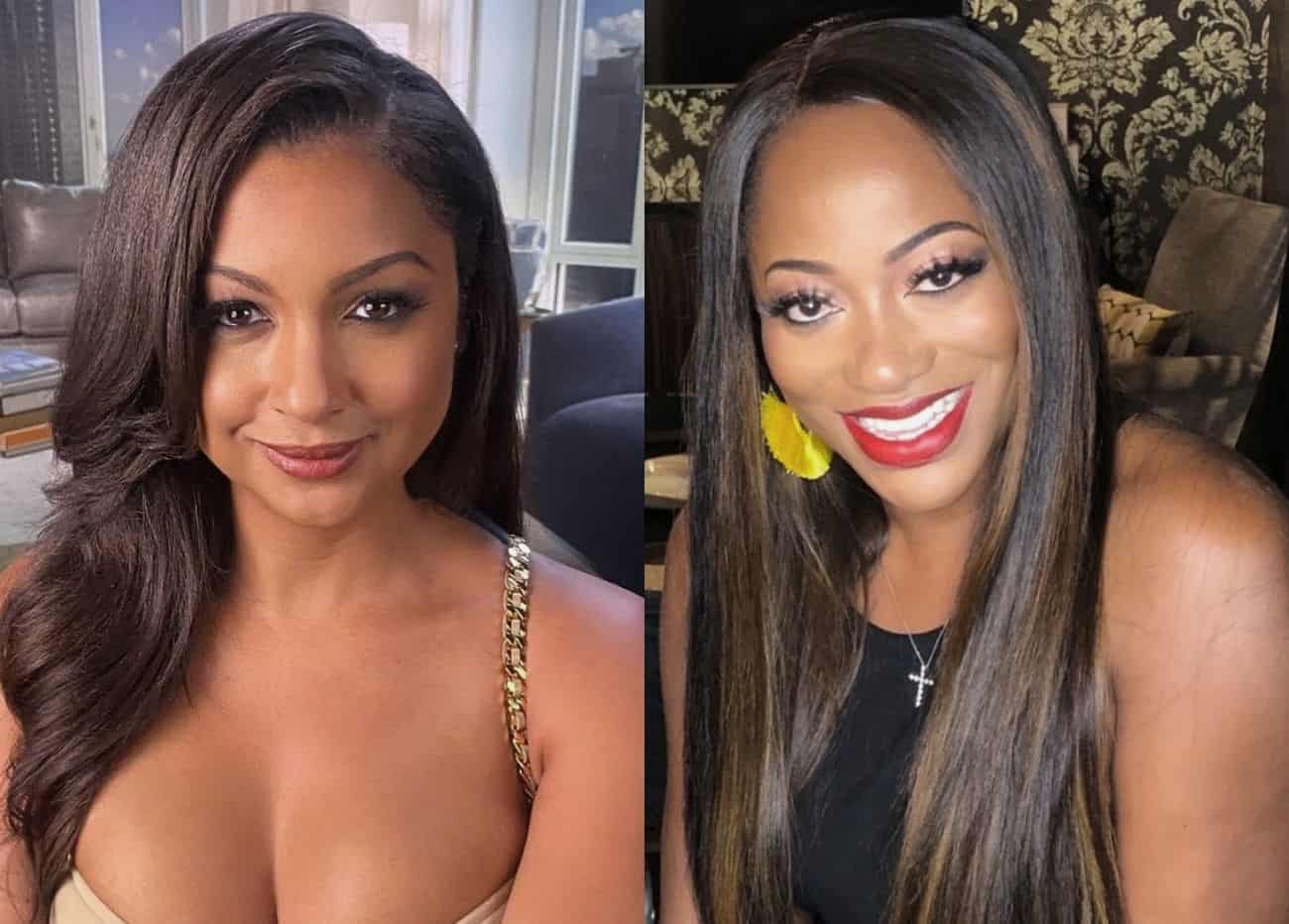 After making the decision to leave Bershan Shaw out of her Black Shabbat festivities, Eboni responded to being labeled as “offensive” and accused of bad manners as the series “friend” reacted to the snub with a tweet of her own.

“You missed everything,” Eboni replied. “Watch the reunion.” 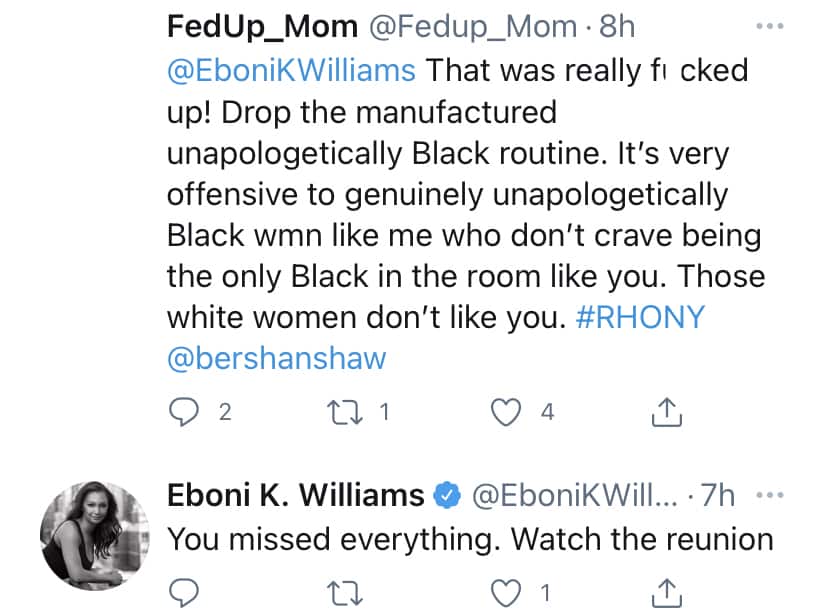 A second fan called out Eboni for her supposed bad manners.

“Speaking about a party in front of someone you aren’t inviting? Not cool,” the person stated.

“Wait til the reunion,” Eboni wrote back.

A third RHONY viewer pointed out that Eboni seemed happy to leave Bershan out of her event and accused the show newbie of doing so in an effort to be accepted by the white women of the series.

“You let [Ramona Singer] call you out on tonight episode you talk about black empowerment but you couldn’t wait to exclude [Bershan] to your party to be so accepted by white woman,” the person alleged, also claiming Eboni was jealous about the camera-time Bershan was getting.

“You so jealous of [Bershan] getting too much airtime you didn’t invite her typical black woman behavior I see [you],” they added.

In response, Eboni told the Twitter user she was “wrong.” 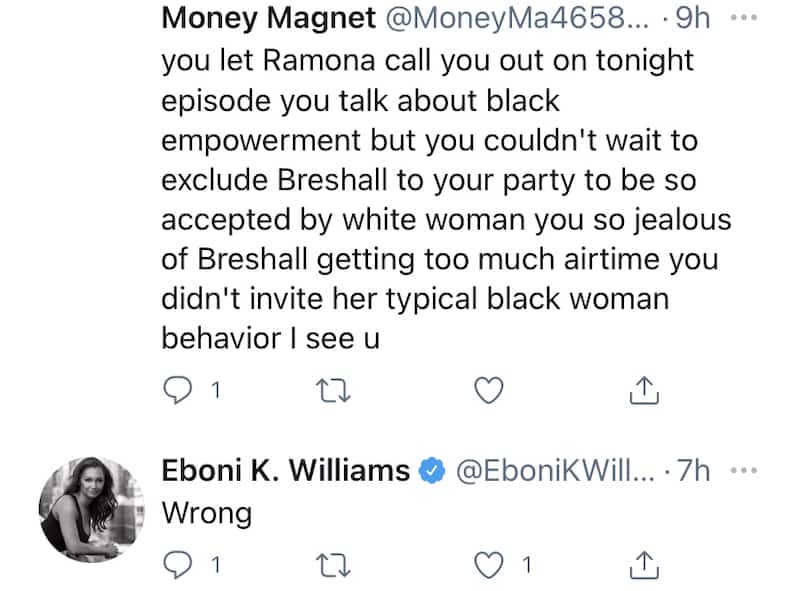 “Thanks for the support,” Bershan replied. 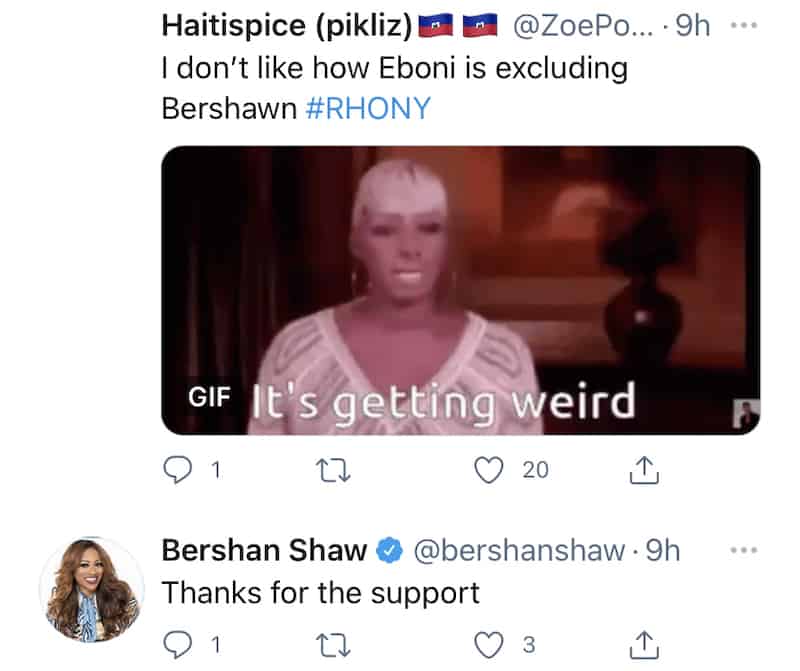 Although many of Eboni’s tweets on Tuesday were in response to the negativity coming her way, she also retweeted a message from a fan, who applauded her for being open and vulnerable throughout RHONY season 13.

“I appreciate that Eboni has been so open and vulnerable this season. The other housewives could never share this much of their lives in one season hence why I stan [Eboni K. Williams] and her authenticity,” the retweet stated. 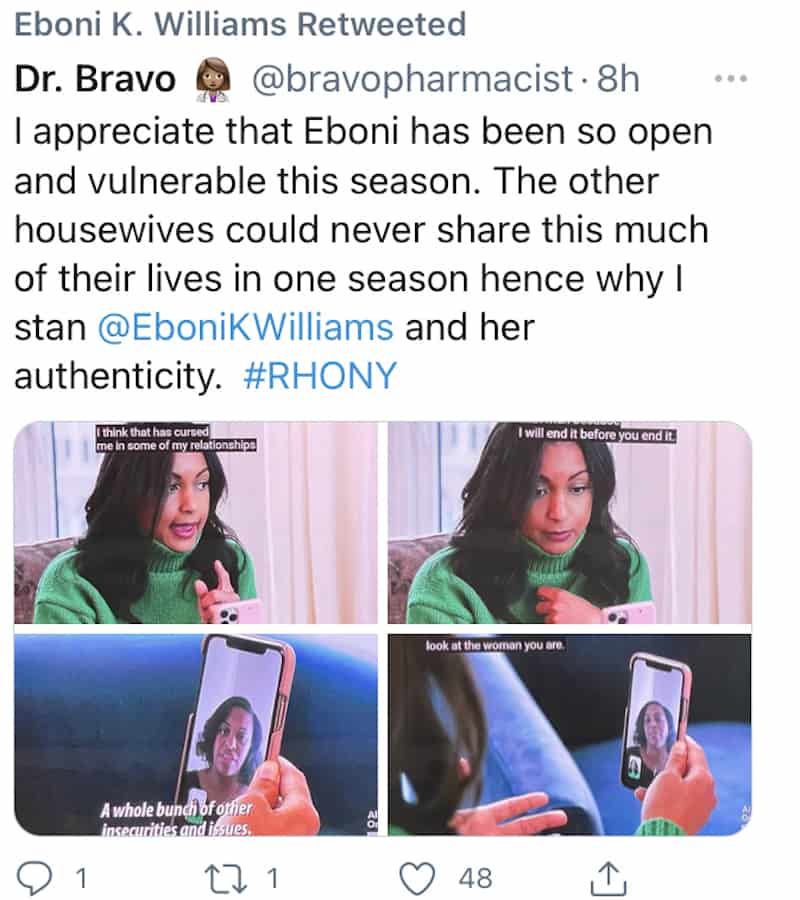