VIDEO: Watch RHONY Midseason Trailer! Luann Slams Ramona as “Tone Deaf” as Sonja and Eboni Call Her Out at Party 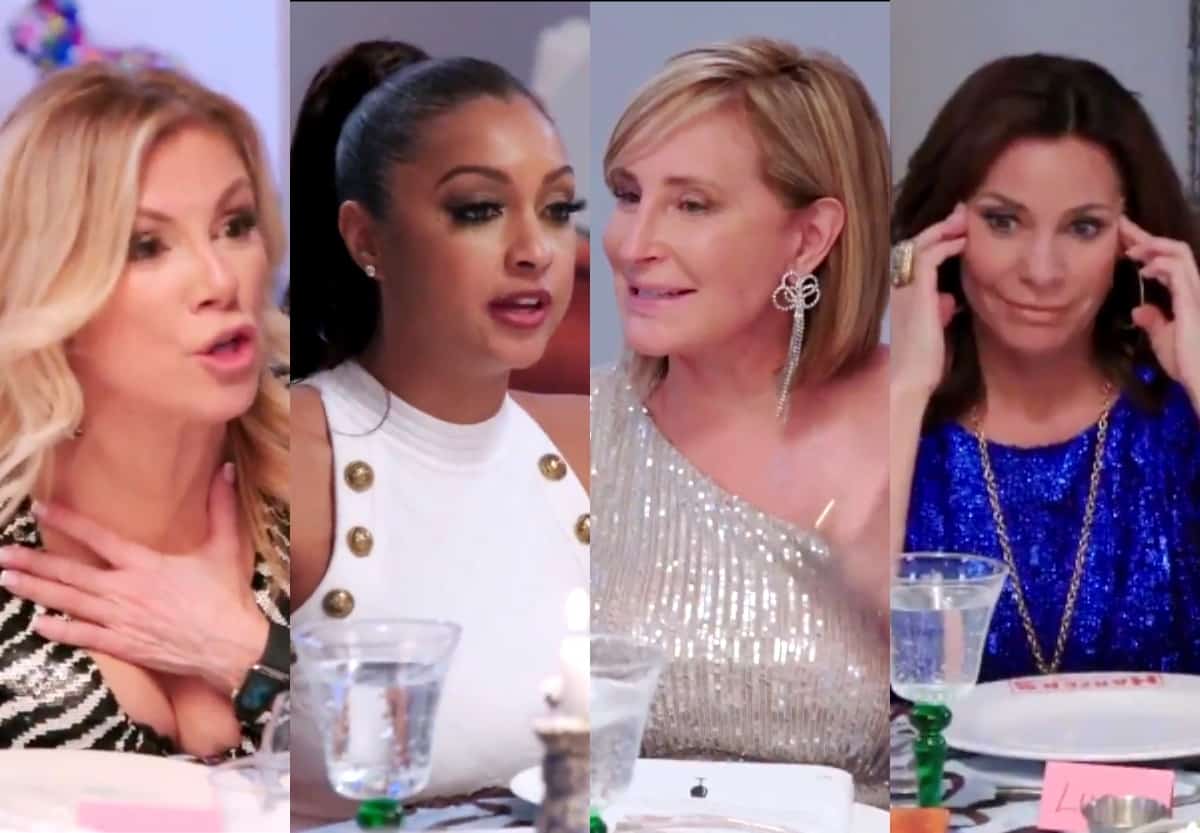 The Real Housewives of New York City cast appears to be turning on Ramona Singer.

Amid rumors of the potential demise of the series, as well as the alleged rescheduling of the reunion, the midseason trailer has confirmed tensions between Ramona and a number of her castmates, including Eboni K. Williams, who she has feuded with throughout season 13, and Luann de Lesseps and Sonja Morgan, who she has considered close friends for years.

At the start of the recently-released sneak peek at the remaining episodes of the season, Ramona appears to be having a great time as she licks a penis-shaped cake and mocks Leah McSweeney.

“I need some hot c-ck,” she declares, in her best Leah voice, while running her fingers through her hair.

During another scene, a gorgeous male model is seen.

“Did you even have sex with him?” Luann asks Sonja.

“Am I Sonja Morgan?” Sonja replies.

While Luann appeared to be head-over-heels for Garth Wakeford at the start of the season, the midseason trailer seemed to show signs of trouble in paradise.

“So I saw that you and Garth were, like, in Page Six,” Leah tells Luann as they sit across from one another.

“He was not happy,” Luann admits of her now-ex-boyfriend.

“I’m working to find the answers to my father’s story,” Eboni explains before later learning that the search for her father has been narrowed down to three men.

“Why [do] you want to fight?” Leah asks Ramona in another scene as Eboni stands beside her.

Although it is unclear what prompts it, Luann is seen admitting to her RHONY co-star, “I love Ramona but sometimes she’s tone-deaf.”

Then, during a dramatic dinner amongst the cast, things between Ramona and her co-stars become further heated.

“This dinner’s not about you!” Sonja yells.

“I’m upset that no one wants to listen to me,” Ramona explains as she gets up and leaves.

While Ramona appears to ultimately return to the meal, things only get worse as Eboni seemingly suggests she go home.

“Anybody that wants to f-cking go home, go f-cking home!” she yells.

“We’re not carrying you tonight so shut the f-ck up!” Sonja also screams.