Home Real Housewives of Potomac News Andy Cohen Denies Gizelle Bryant’s “Meltdown” Was Edited Out of RHOP Reunion as Monique Samuels Disagrees, Plus What Gizelle Said About the Drama

Andy Cohen Denies Gizelle Bryant’s “Meltdown” Was Edited Out of RHOP Reunion as Monique Samuels Disagrees, Plus What Gizelle Said About the Drama 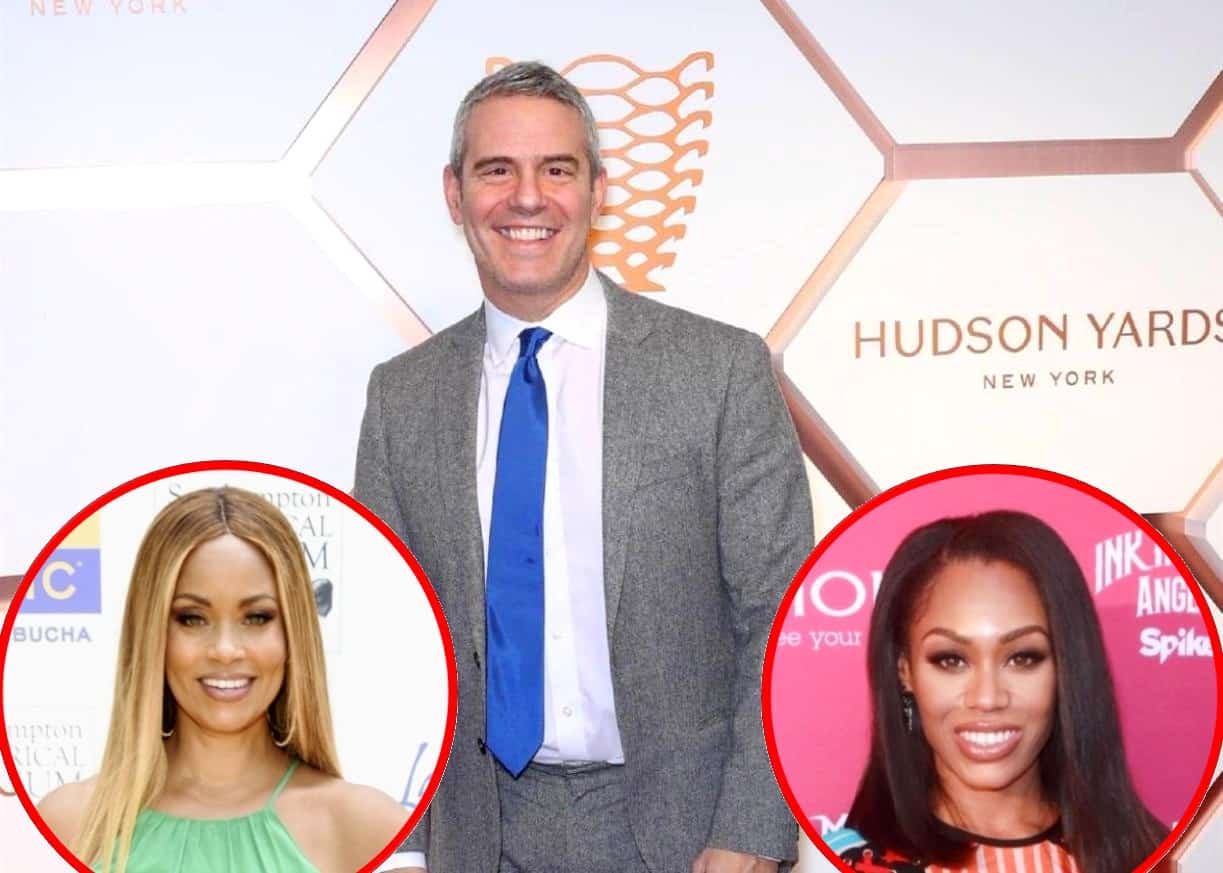 Andy Cohen denies Gizelle Bryant had a meltdown at the season five Real Housewives of Potomac reunion, and Monique Samuels appears to disagree.

After Gizelle claimed to have an epic meltdown at the reunion, fans were anxiously awaiting the footage since it’s completely out of character for the mother-of-three to crack. However, once the third part of the reunion concluded without showing the star’s alleged breakdown, fans were sorely disappointed and began questioning why Bravo chose to leave the scene on the cutting room floor.

Gizelle originally made the claim on Bravo’s Chat Room when her co-host Porsha Williams asked her to describe her biggest breakdown.

“I’ve had so many, but a major one recently, you guys will see, this is a little tease to the reunion,” she shared. “I was sitting there all nice and pretty and everybody and their grandma was coming at me for about eight hours, and then in the last two to three hours, I just lost it. Lost it! F-bombs thrown all over the place. MFers thrown all over the place. So, wait and see, it was a doozy… it didn’t go well for me.”

Then, on the January 19 episode of Watch What Happens Live, guest and podcast host, Danny Pellegrino, asked Andy about the meltdown “rumors” and whether or not it was edited out.

“That absolutely was not edited out, it didn’t happen,” Andy declared. “If that happened it would have absolutely aired.”

An Instagram fan account, MoniqueAndPorsha, shared a clip of Andy denying the incident as well as a clip of Gizelle discussing her meltdown, and both can be viewed in the video below.

Monique decided to weigh in by commenting on the fan account, “Wow[,] the lies.” The “Drag Queens” rapper, who recently announced she was leaving RHOP after four seasons, was referring to Andy in her comment because she also addressed her former co-star’s reunion breakdown and claimed much of Gizelle’s behavior was edited out. 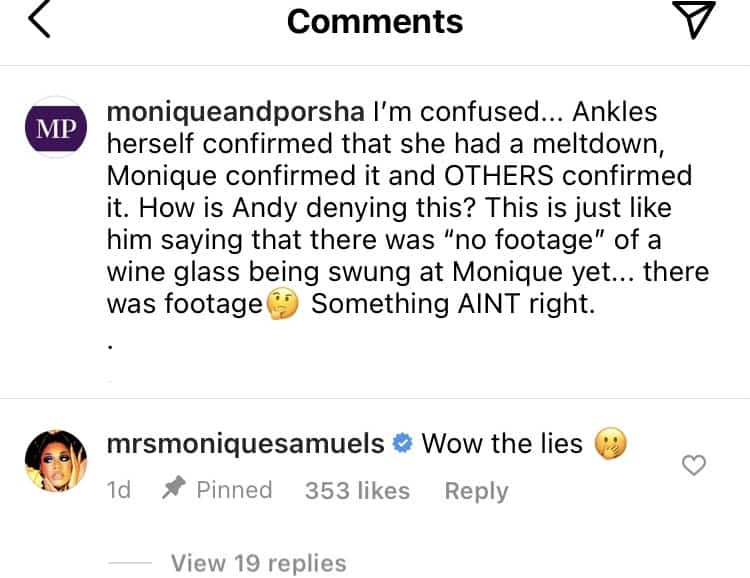 ‘There was a lot more to it too,” she told All About The Tea. “I’m talking about a full-out meltdown and explosion. My husband asked a simple question, I’m like, why couldn’t you just answer the question?” She added that Gizelle said “F*ck you” repeatedly.

It’s completely possible that Gizelle either overstated her meltdown or Andy simply has a different recollection of the incident. Fans will simply have to judge for themselves.