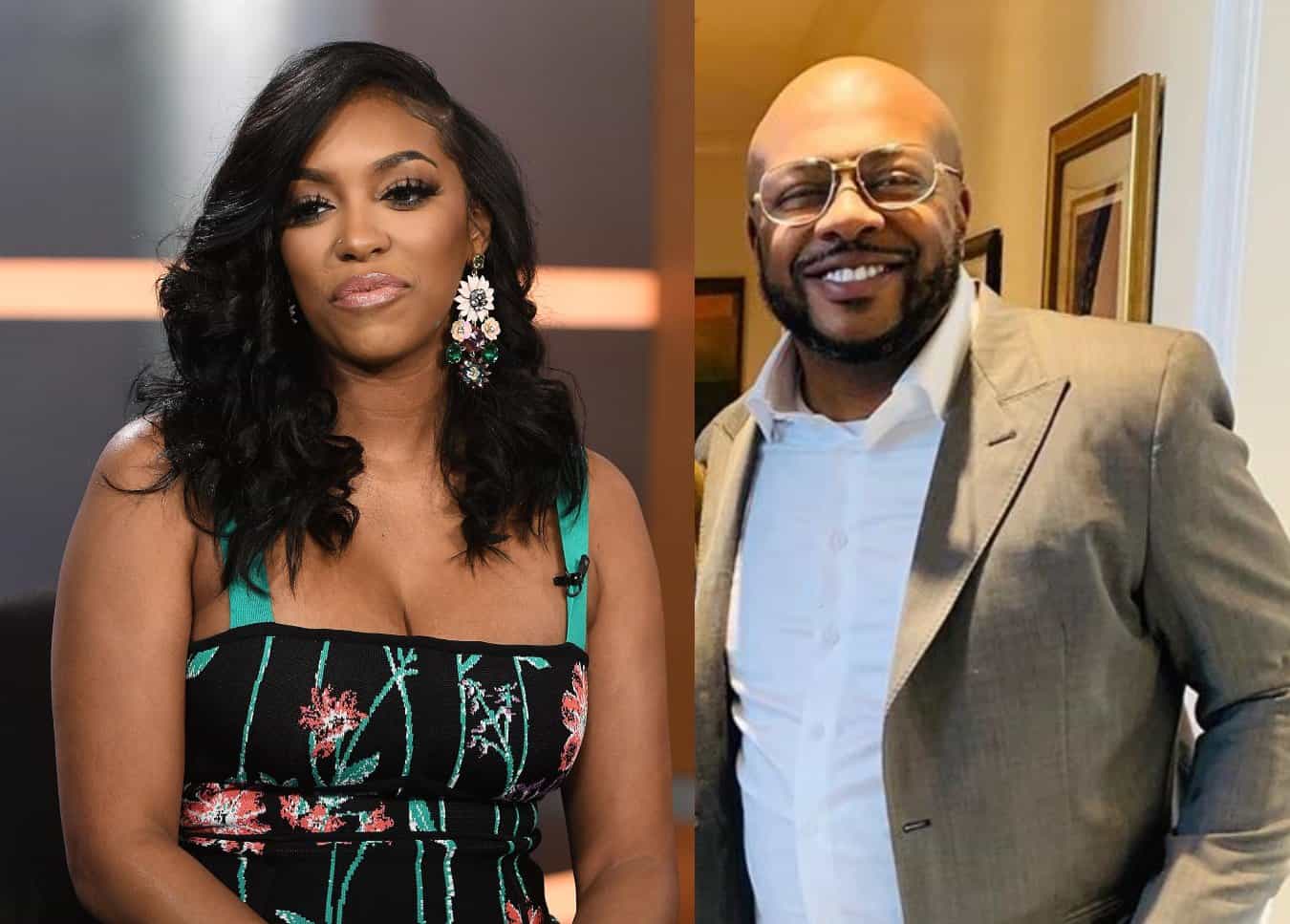 On Porsha Williams‘ new show, Porsha’s Family Matters, viewers get a peek inside her new relationship with her fiancé, Simon Guobadia. However, her ex, Dennis McKinley, is still involved in the drama.

It seemed Porsha and Dennis were reaching a good place, but the exes are now at odds again. This was shown in a recent scene when Dennis and Porsha yelled at each other at a dinner in Mexico (on what was meant to be a family retreat).

On Sunday night, Porsha took to Instagram to address the situation with her ex. She called him out for “future low life accusations,” seemingly suggesting these claims will be seen on a future episode of her Bravo spinoff series.

She started out by saying, “Now you all know by now I don’t address too much of what’s happening on the show because I rather you just enjoy what is meant for entertainment! But because of future low life accusations made by Dennis of me on the show. I want to make it known that yes my daughter is in [Mexico] with me as she is majority of the time when I travel as a single mom!”

She then discussed the Mexico retreat, saying, “But as you can imagine after the first dinner I saw just how crazy it was going to be and chose to keep [my daughter] off camera while I was there working on the show. However we stayed an extra week in [Mexico] and as a family we (My fiancé& I) blended and enjoyed the rest of our vacation.”

“I’m a damn good mother and I always have my baby girl close no matter what,” said the Bravo star. “She is my world and my purpose & for anyone to raise a question against that shame on you and whoever raised you.”

Porsha wasn’t done yet as she also accused Dennis of not paying child support and gifting a “fake rolex” after a fan said she shouldn’t call herself a single mom because Dennis is a millionaire.

Porsha responded: “I literally have no idea how much he makes pretty sure it’s not millions… What millionaire doesn’t pay child support only daycare and buys fake rolex?!” 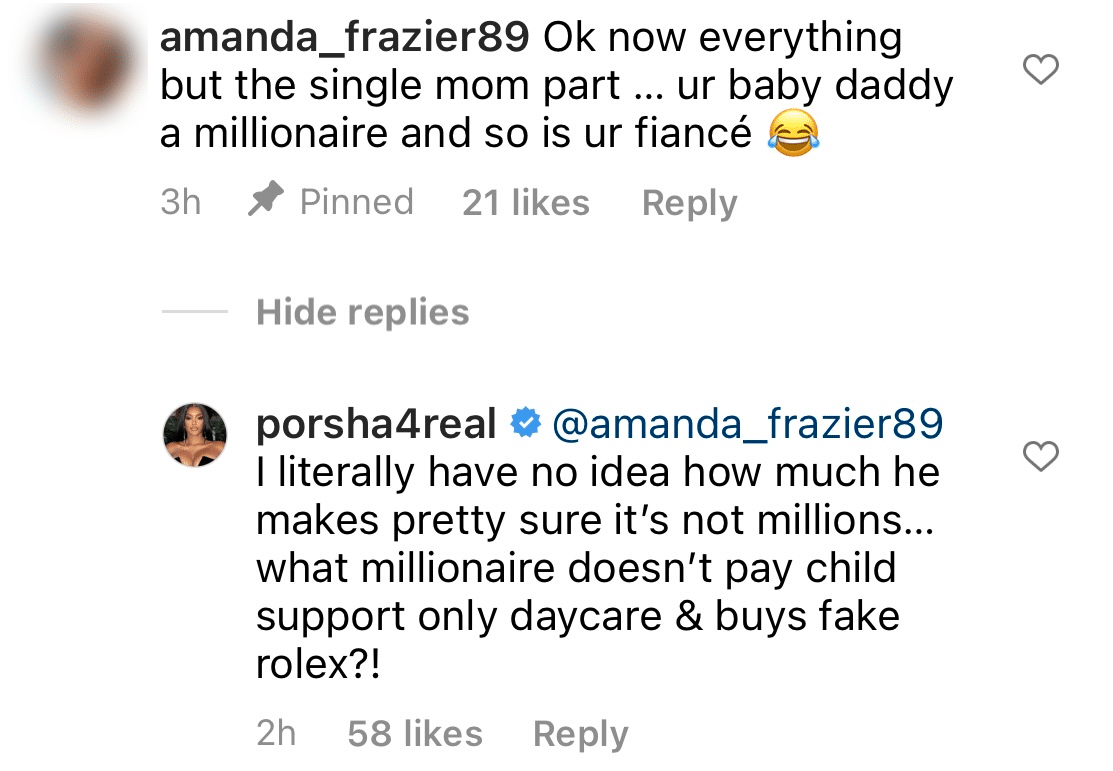 She also addressed the versace robe drama playing out on the show as Porsha was portrayed as not wanting to give Dennis his luxury robe back following their split.

“Bought that robe and the following week I found out he had rehired the employee he was sleeping with. He only wore it for pic that one day,” wrote Porsha. 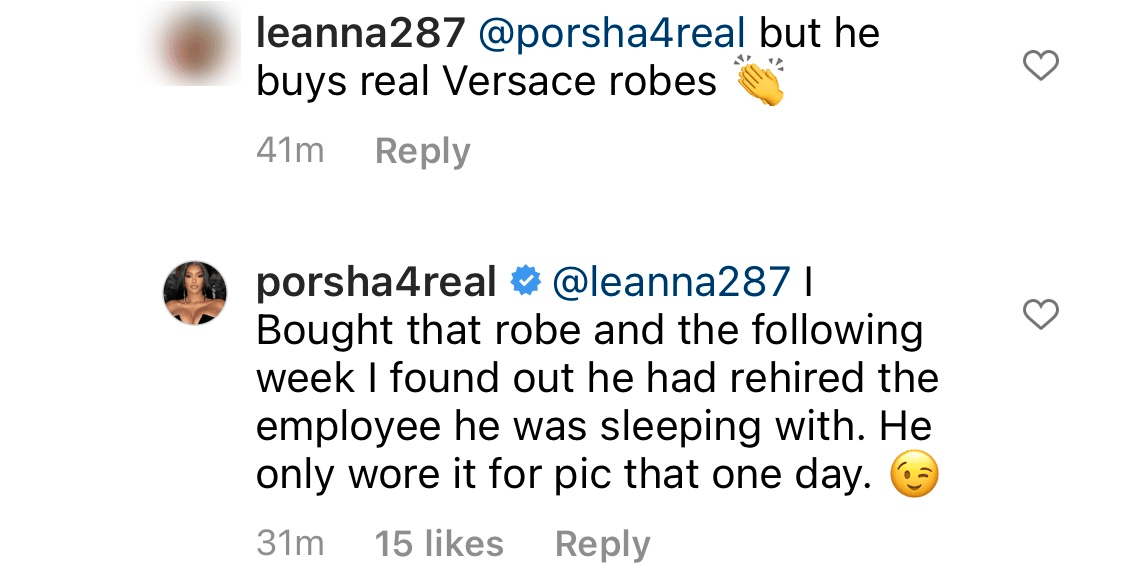 Viewers of Porsha’s Family Matters will undoubtedly see the rest of the drama unfold in future episodes. The show airs Sunday nights at 8/7c on Bravo.