Home Below Deck Below Deck’s Rayna Lindsay Reveals Behind the Scenes Drama With Costars, Plus Talks Reunion and Sobriety Journey

Below Deck’s Rayna Lindsay Reveals Behind the Scenes Drama With Costars, Plus Talks Reunion and Sobriety Journey 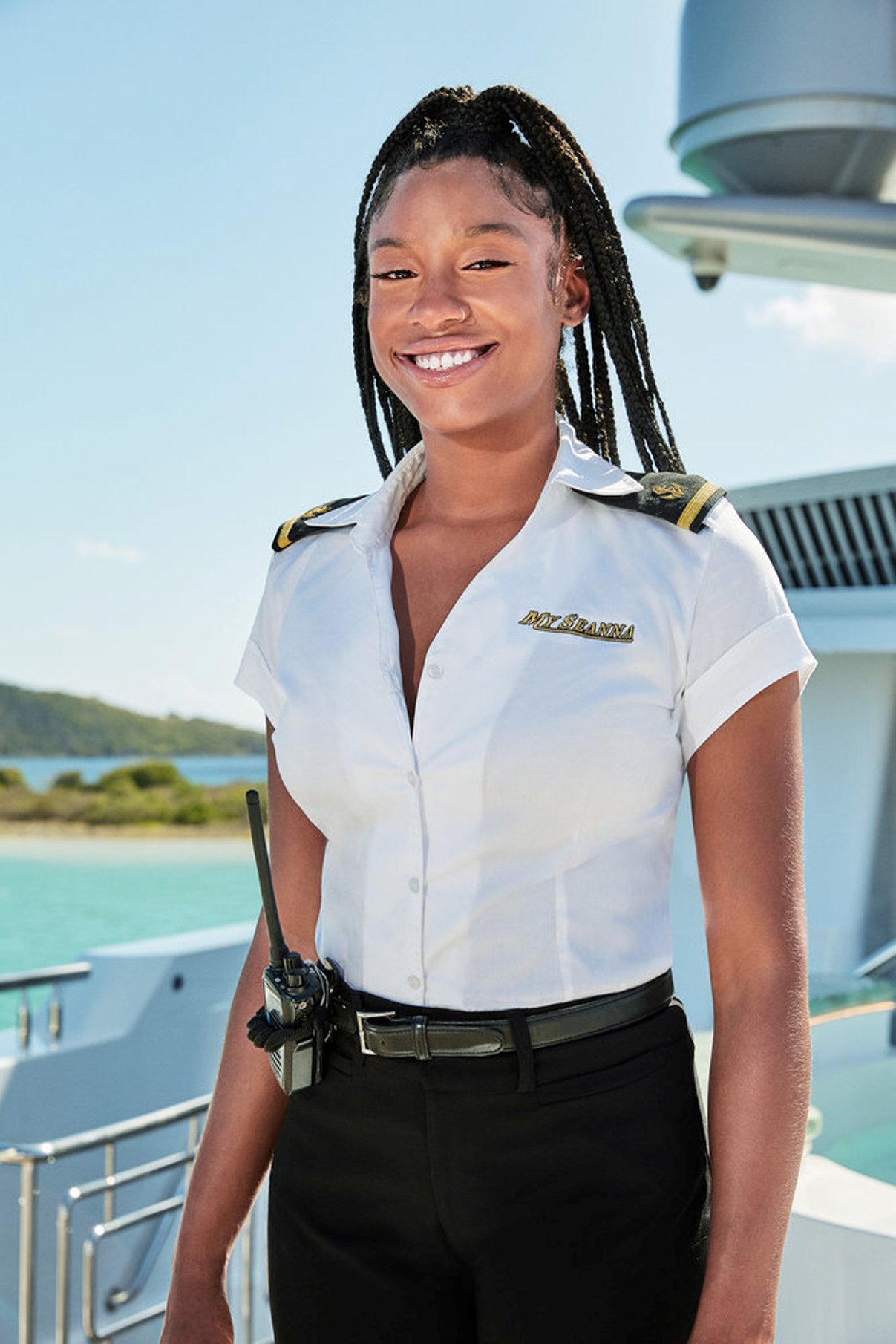 On last week’s episode of Below Deck, Rayna Lindsey called out Heather Chase for using a racial slur. Since the episode aired, Heather issued an apology on Instagram, and Captain Lee Rosbach discussed the issue in his blog.

Many viewers feel Bravo should have handled the situation better (including Rayna herself, who continues to share her truth as the episodes air).

Rayna addressed several issues in an Instagram Q&A session, and she said the drama apparently got “much worse” after the season finished filming. The Bravo star believes producers gave her a bad edit, and she was scared to be herself “because of judgement from the Karen’s.”

According to the Q&A, via Monsters and Critics, the reunion will definitely air, and Rayna promised to reveal all the “bulls***” that “they tried to hide in a calm Queen manner.” She also revealed the season ended “very abruptly,” and it was “a hot a** mess.” 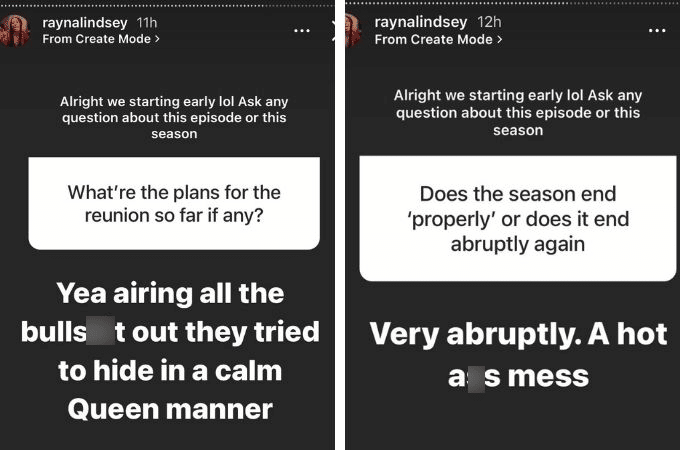 Rayna said chef Rachel Hargrove stood by her side throughout the drama. When asked why the other castmates were staying quiet about the racial slur, Rayna responded, “Why you think? They wanna save they a****.” Before the session concluded, Rayna told fans that “PR tried to silence me today. F*** outta here.” 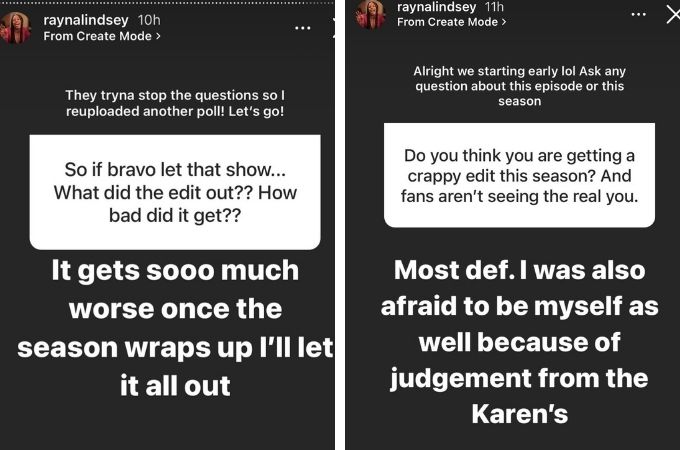 Right now the Bravo star is focusing on herself. She revealed she’s one month sober, and she discussed her journey on Instagram: “I made the conscious decision to put the liquor down for good. Throughout the years liquor has been like a backbone for me. If I had a hard day, I’d drink. If something bothered me or if I was sad, I’d drink. Drinking was the ultimate coping mechanism for me. The ultimate escape from reality.”

“I understand this journey is going to be difficult, but I know I can do it,” said Rayna. “I have no choice…  My happiness depends on it.”