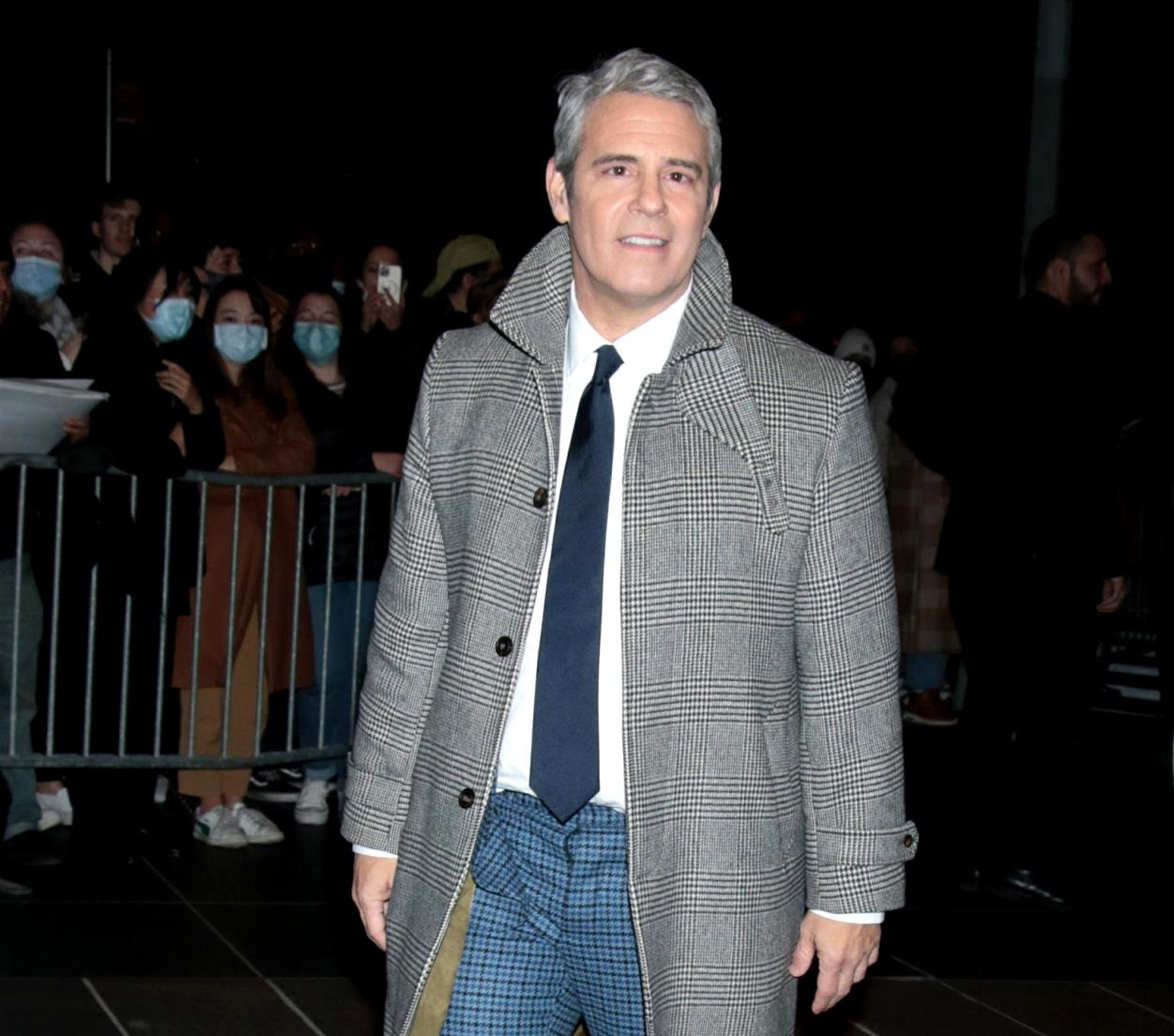 During the special, Anderson Cooper attempted to stop Andy’s rant, but the Watch What Happens Live host was hardly deterred.

On his show Radio Andy, the host made a semi-apology. “The only thing that I regret saying, the only thing is that I slammed the ABC broadcast,” said Andy. “And I really like Ryan Seacrest and he’s a great guy and I really regret saying that and I was just stupid and drunk and feeling it.”

He went on to say, “I was continuing the Journey rant and I just kept talking and I shouldn’t have and I felt bad about that, so that is the only thing… The headlines about Ryan Seacrest are all like I trashed Ryan Seacrest and I really… I hope he hears the clip.”

After a source told Radar Online that Andy would not be invited back to CNN, a network spokesperson debunked the rumor: “Andy said something he shouldn’t have on live tv. We’ve addressed it with him and look forward to having him back again next year.”

During the New Year’s Eve segment, Andy unveiled his opinions about the other network: “If you look behind me, you’ll see Ryan Seacrest’s group of losers performing. I’m sorry but if you’re watching ABC, you’re watching nothing.”

He then addressed the mayor of New York City. “Watching Mayor de Blasio do his victory-lap dance after four years of the crappiest term as the mayor of New York…” said Andy. “The only thing that Democrats and Republicans can agree on is what a horrible mayor he has been.”

“So, sayonara, sucka!” he continued. “2022! It’s a new year because guess what? I have a feeling I’m gonna be standing right here next year, and you know who I’m not going to be looking at dancing as the city comes apart? You!”