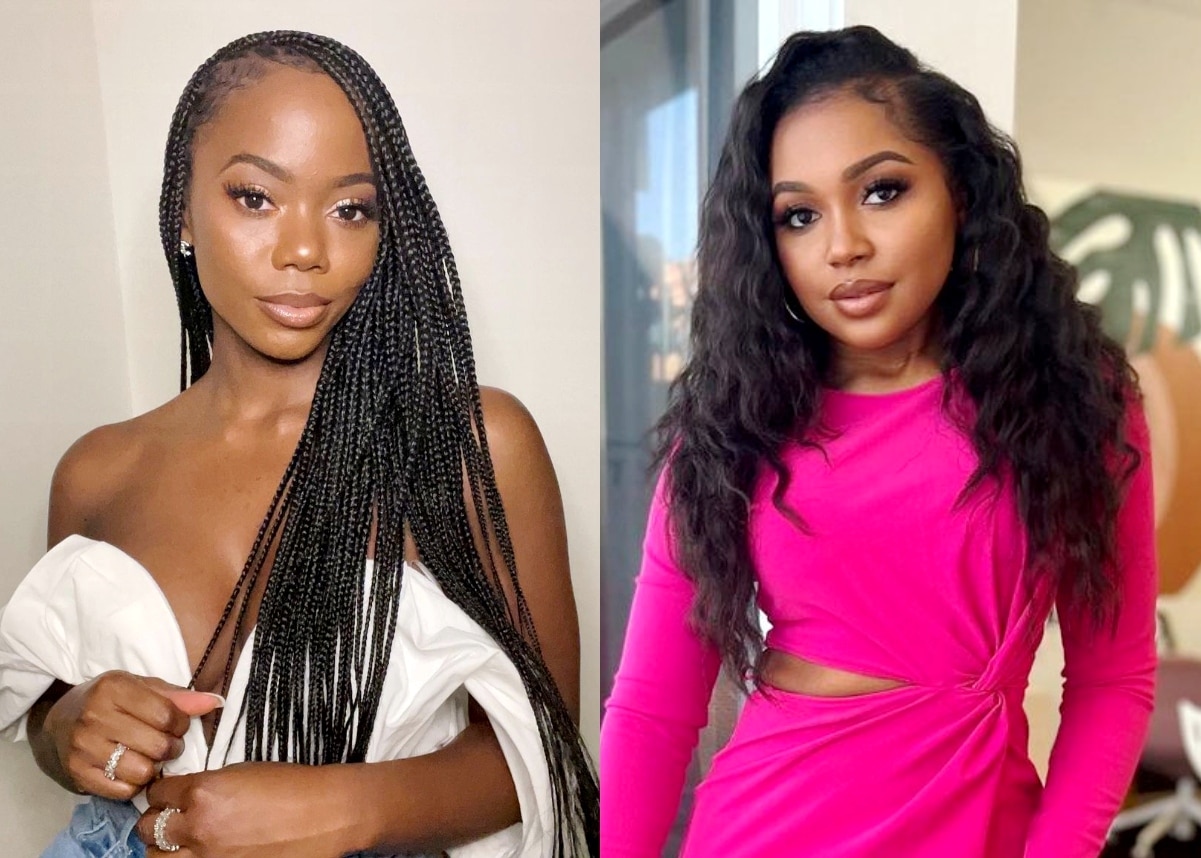 Two of the leading castmates, Colony Reeves and Anne-Sophie Petit-Frere, are great friends, but they don’t always see eye to eye.

On Behind The Velvet Rope With David Yontef podcast, the two realtors were asked who they would hire if they moved to LA. Colony chose to be diplomatic, and said she’d want to hire all of them.

The host then asked if anyone from Selling Sunset offered good advice. One of the castmates told the women to “keep your NDAs on you.”

Another tidbit: “Davina told us if you look good, it’s hard to hate you.”

And lastly, “either Jason or Ray” told them “People are going to love us . . . in the moments that we don’t feel like taking pictures. If someone asks us to take a picture, [he told us] just take it because it’s a matter of making someone’s day.”

The two friends argued during the podcast about Rena Upshaw Frazier wanting to create her own brokerage, potentially stealing Sharelle Rosado’s clients. Colony said, “I felt like in that moment, Rena was not [loyal] . . . It was an absolute no for me. And I still sit beside that.”

Anne-Sophie felt exactly the opposite. “I learned to not really give loyalty to employers and really be loyal to myself and be loyal to my own dreams,” she said. “So that’s why when Rena said that she wanted to open her brokerage, I didn’t feel any type of way . . . I still stand firm behind the fact that I absolutely think there’s nothing wrong with it.”