Chrishell Stause on How She Knows Christine Quinn Was Behind Life-Ruining Rumors, Slams Selling Sunset Costar After Spending “Thousands” in Legal Bills After Mom’s Death 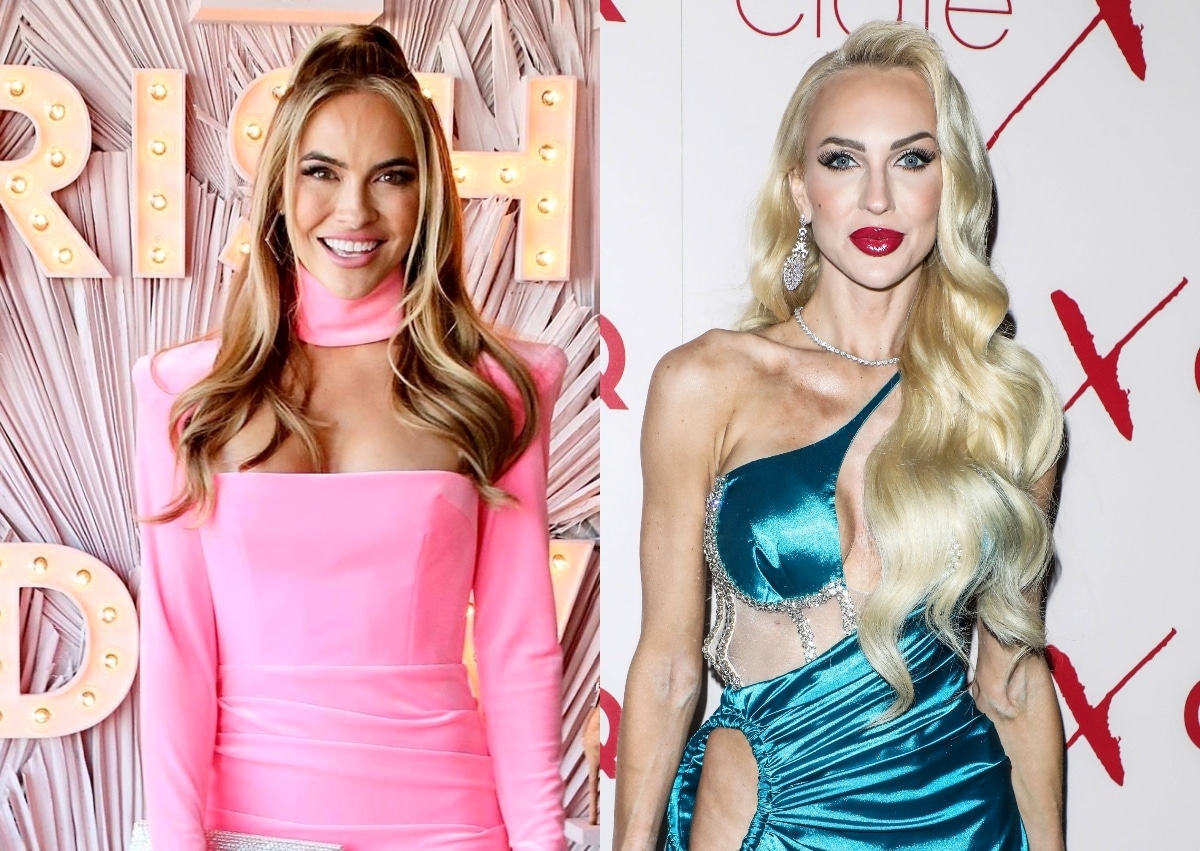 Chrishell Stause took to her Twitter page recently, where she responded to a couple of fans who wondered how she was so sure that her fellow realtor, Christine Quinn, spread “life-ruining rumors” about her.

As the ladies’ drama continues to be seen throughout the recently-premiered fourth season of Selling Sunset, Chrishell, who confirmed she’s dating co-star Jason Oppenheim in July, revealed she was actually involved in a costly legal battle with an unnamed outlet due to Christine’s claims against her.

“After an entire season of you bashing Christine, what exactly did she do to you? You eluded to ‘life ruining rumors’ but what proof do you have those came from her? What are these life changing rumors? It appears like gang mentality,” someone wrote on Twitter.

“When I threatened legal action against an outlet if they ran a very false story they gave up their source and decided not to publish. Cost me thousands & weeks after I lost my mom. If you guys could ignore that on top of everything else, you are a bigger person than me,” Chrishell responded, along with a clapping hands emoji. 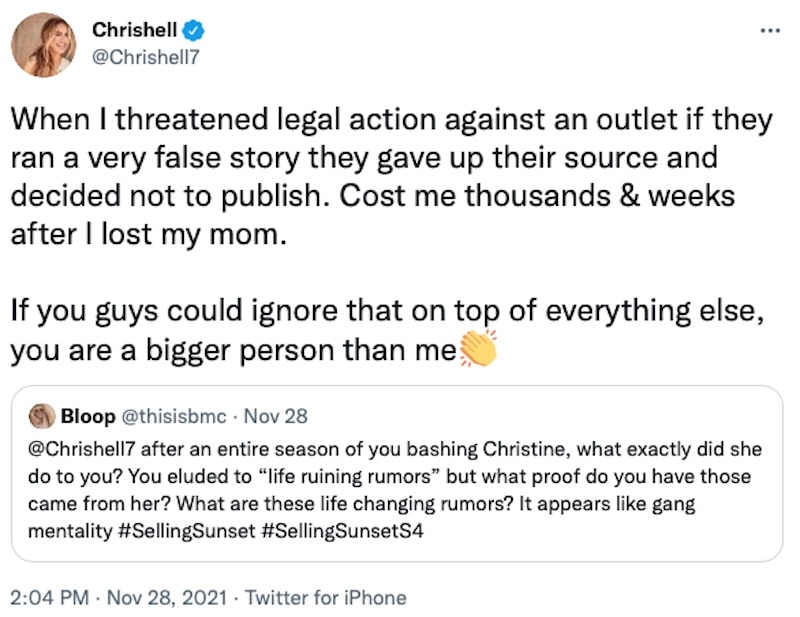 Then, when a second fan asked Chrishell, “How do we know the news outlet didn’t lie about the source to cause more drama?,” the soap actress turned reality star revealed that the outlet she was suing was forced to reveal their source amid their legal battle to prove why they believed their story was credible.

“It was VERY heated back [and] forth with lawyers that took days to get to the bottom of,” Chrishell explained. “They didn’t easily give up the info. They did so in an effort to ‘prove’ how reliable the source was [because] they intended to publish. Had to prove from both sides that it was false before they cut it.” 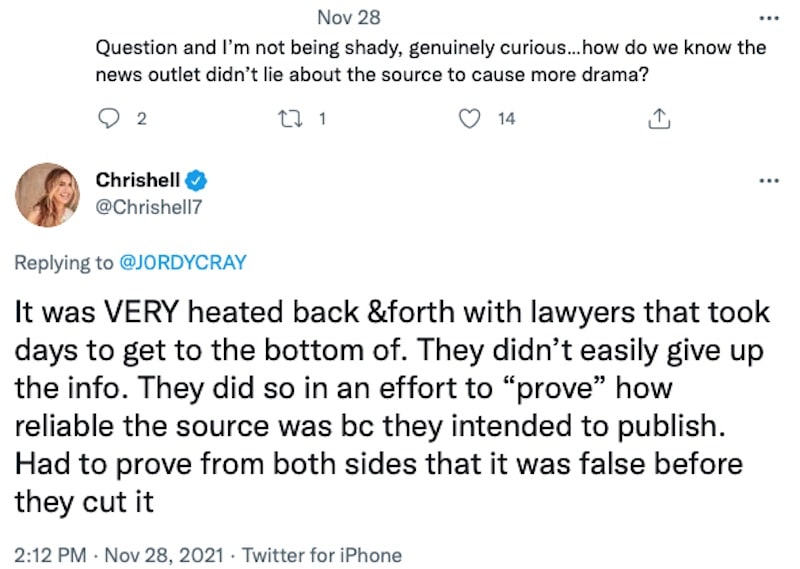 Last summer, around the time that Selling Sunset season three began streaming, Chrishell and Christine were involved in some back and forth over comments Christine allegedly made about Chrishell’s divorce from Justin Hartley.

“I just learned Christine is giving press ‘information’ about my divorce,” Chrishell wrote in a tweet shared in July 2020. “Let me be VERY clear. She knows absolutely nothing about the situation and is obviously desperate to gain attention by doing so. Anything from her is either a complete lie or total conjecture on her part.”

“It’s so frustrating and unfortunate that someone would use someone’s personal painful situation to get press for themselves,” she added.

One month later, Christine accused Chrishell of having a “victim mentality” on the Not Skinny But Not Fat podcast, which Chrishell denied.

“I am a victor of many things and thriving,” Chrishell fired back. “I can’t wait for you to get there so you can stop with this nonsense.”