Home Keeping Up With the Kardashians Source Shares Where Kim Kardashian Stands With Kanye After He Called Her Out Over Non-Invite to Kid’s Birthday, Plus Rapper Slams Kim’s Boyfriend Pete Davidson

Source Shares Where Kim Kardashian Stands With Kanye After He Called Her Out Over Non-Invite to Kid’s Birthday, Plus Rapper Slams Kim’s Boyfriend Pete Davidson 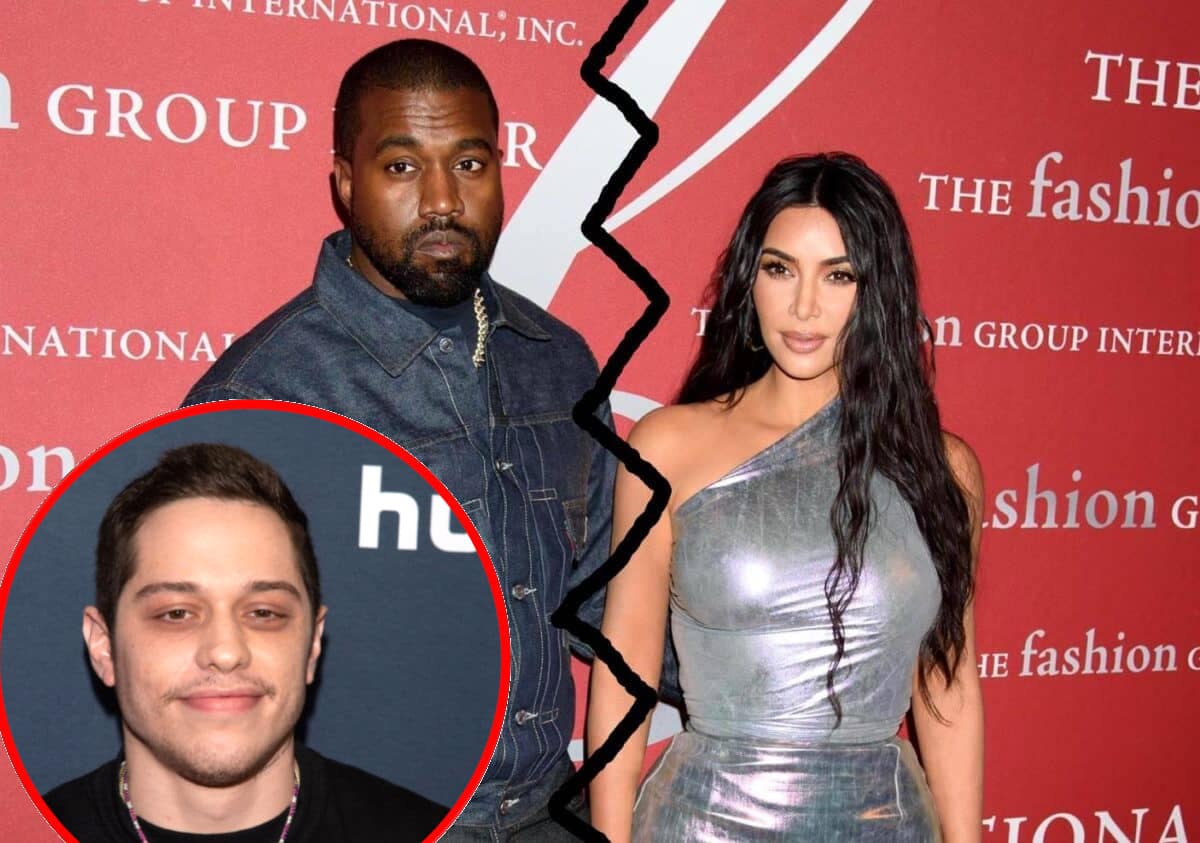 Kanye West and Kim Kardashian have had a turbulent relationship since their divorce in 2021. The exes are both dating other people, but Kanye recently expressed a desire to reconcile with the Keeping Up With The Kardashians star, who is the mother of his four kids.

During the weekend, the family experienced a whirlwind drama.

It all started on Friday when Hollywood Unlocked teased an interview with Kanye, who said he was no longer allowed to enter Kim’s home. Later that day, he released a diss track that addressed Kim’s new relationship with comedian Pete Davidson.

“God saved me from that crash,” read the lyrics, “just so I can beat Pete Davidson’s ass.”

God saved me from that crash just so I could be Pete Davidson’s ass. – Kanye West on his new song “My Life was never easy”. pic.twitter.com/DFquZbyMvi

The next day, Kanye shared a video, claiming he wasn’t provided the location of his daughter Chicago’s birthday party.

“I wasn’t allowed to know where her party was,” said Kanye. “I’m just putting this online because I need ya’ll support… I’ve called Kim, texted the nannies, I got on the phone with Tristan, he said he’d ask Khloe, won’t nobody give me the address to my daughter’s birthday party right now, and that’s going to imprint in her mind that I wasn’t there for her.”

Later on, however, Kanye was videoed at the party in a friendly conversation with Kim’s mother, Kris Jenner.

In yet another video, Kanye explained, “I just got to shout-out to Travis Scott for sending me the address and time and making sure I was able to spend that birthday memory with my daughter, to be there with the rest of the family. I just saw everybody. Kris and Corey and Kylie—Kylie let me in, right when I got to the spot. Security stopped me once again when I got there.”

“I’m just really happy that I could be there for my children,” he continued. “My life centers around my children and I just had a great time today.”

A source close to Kim then told E! News, “Kanye was never not invited to the birthday party. Kim was under the impression he wanted to do his own celebration. She was fine about him coming to Kylie’s house and is happy the kids can see them together.”

The source went on to say, “Kim and Kanye are not on good terms right now. She’s really trying to keep the peace between them and for the sake of the kids. [Kim] is being neutral towards Kanye and doesn’t want any drama. Kim is really upset Kanye keeps talking about their family matters on social media. He thinks he still has full access to Kim and has no boundaries. She is over it.”

Another insider told the outlet, “Kanye is welcome to see the kids, but it needs to be arranged. Kim does not want him showing up at her home unannounced or coming and going as he pleases. The kids have schedules and do well with structure. She wants to keep that in place and thinks it will help them with going back and forth between her and Kanye. She wants to be able to let them know ahead of time what’s going on so that they can make smooth transitions.”

The source continued, “The whole family sees Kanye for who he is and accepts him. They all still love him and want him around to be there for the kids. It’s hard because they also want Kim to be at peace and to allow her to move on in her life. Kim is hoping they can have more of a structured schedule and Kanye will abide by it.”