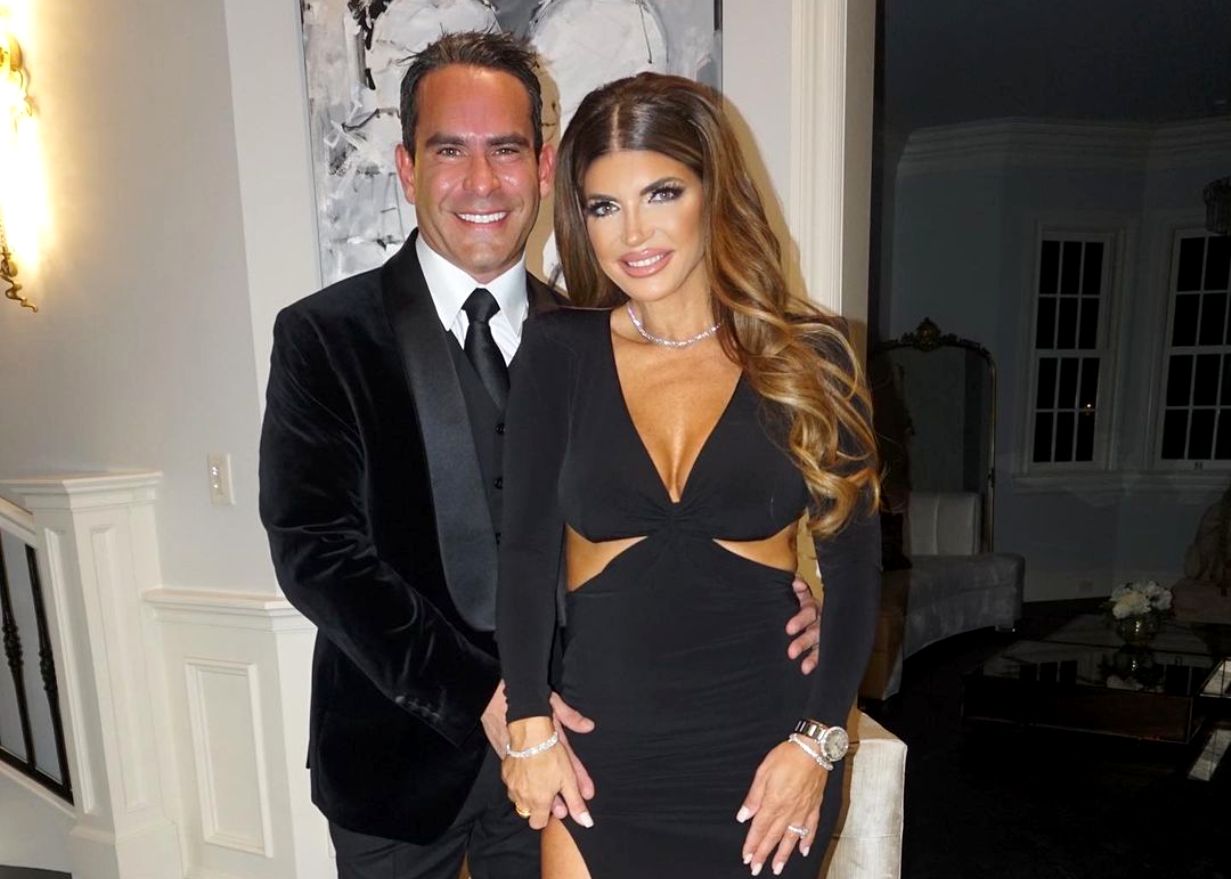 The 12th season of The Real Housewives of New Jersey debuted tonight on Bravo, and the infamous beach video of Teresa Giudice‘s now-fiance Luis Ruelas was a hot topic as the cast is still very “wary” of his intentions. Check out the video below.

In the strange video, Luis is seen standing on a beach shirtless with a number of other shirtless men as he seemingly begs an ex of his for forgiveness and vows to be a better man. He appears to be at some sort of boot camp that some are calling  a “warrior camp.”

Here is the video of Luis they are talking about on #RHONJ pic.twitter.com/o4Gb8pQN2o

According to sources who spoke with HollywoodLife, her friends just want to make sure she “doesn’t get hurt.”

“Teresa’s friends are still getting to know Luis. At the end of the day, they just want to see Teresa happy and hope she doesn’t get hurt, just like anyone would want for their friends,” the source said. “Even if he is the most amazing guy in the world, there is always a risk with a new relationship or marriage, and she’s obviously already been through a lot. Everyone hopes he’s in it for the right reasons and that he won’t hurt her.”

All the concern and noise surrounding the couple, who recently got engaged, seems to be far away because the two have been vacationing up a storm recently.

A second source said, “Teresa and Luis are on a much needed vacation right now because they have just been going and going since their engagement that they really have not had time to just relax and enjoy each other.”

“Teresa truly feels that Luis was brought into her life for a reason and is madly in love with him. From what her friends can tell he feels the same, but everyone is a little wary because of her fame,” the source continued.  “She is sure that this is the right move, and her daughters seem to approve. Teresa has such a busy life and Luis really calms her down. If Teresa is happy, so are those who know her.”

A lot of her RHONJ costars have voiced their concerns for Teresa as well. Margaret Josephs has gone on record for voicing her opinions and worries for her friend time and time again. Now, in a new appearance on Pay Attention Puh-Lease! podcast, castmate Jackie Goldschneider is speaking out about the “rumors” surrounding Luis and the tension between Margaret and Teresa.

“Margaret does go places where the rest of the cast is scared to go,” she said. “Everyone had questions about Luis. —[and] rightfully so because there was a lot in the press. And there was lot on social media. There were a lot of rumors. I don’t partake in rumors because I know how badly it hurt me, but there was a lot out there and I think that Teresa didn’t want any questions being asked. And I think that type of hypocrisy didn’t sit well with many of us, including Margaret, who’s the least scared of anybody.”

Season 12 of The Real Housewives of New Jersey premieres on Feb. 1 on Bravo.