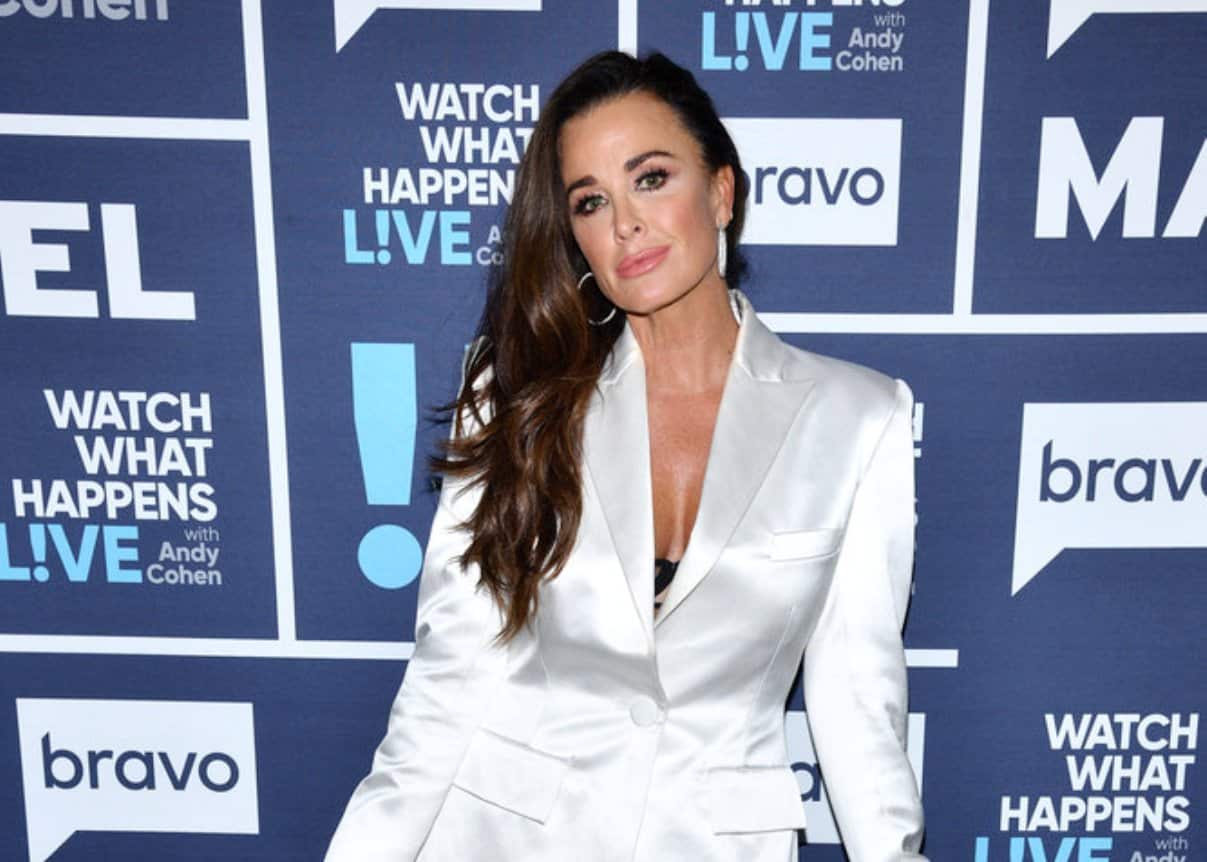 No one but Bravo has seen footage from Real Housewives of Beverly Hills season 12, but pieces of drama have leaked to the public. According to reports, Kathy Hilton was at odds with some of the castmates, and a recent trip to Aspen was a nightmare for Erika Jayne.

One rumor suggests the alliances are shifting as Erika and Lisa Rinna form bonds with other women.

In the midst of the chaos, Kyle Richards posted the following quote on Instagram: “Letting things slide to ‘keep the peace’ only starts a war inside of you.”

Kyle then shared another quote, which read, “It’s not the stab in the back that kills you! It’s when you turn around and see who’s holding the knife.” 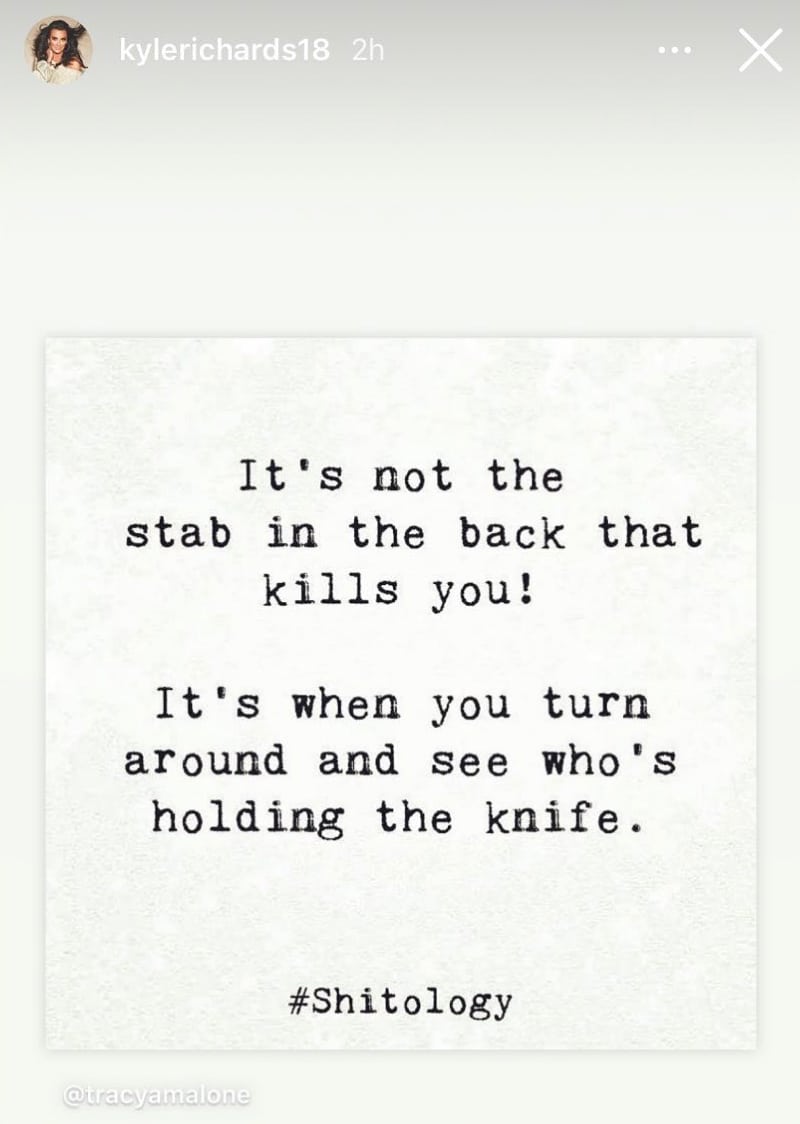 Her costar Lisa soon commented on the post. “I’m just glad someone else is posting cryptic s–t besides me,” she wrote.

One fan responded, “Rinna, you are in danger gurl.” Another expressed, “Kyle’s not known to do these things so I imagine what happened is super dramatic.”

As of now, it’s impossible to say exactly what happened or if it involves Lisa. Some on social media believe Kyle is at odds with her sister Kathy while others feel she’s turning on Erika.

The cast just finished season 12 (which promises to be a wild ride). Bravo started filming almost immediately after season 11’s reunion, which is uncommon. Only time will tell how the stories unfold.