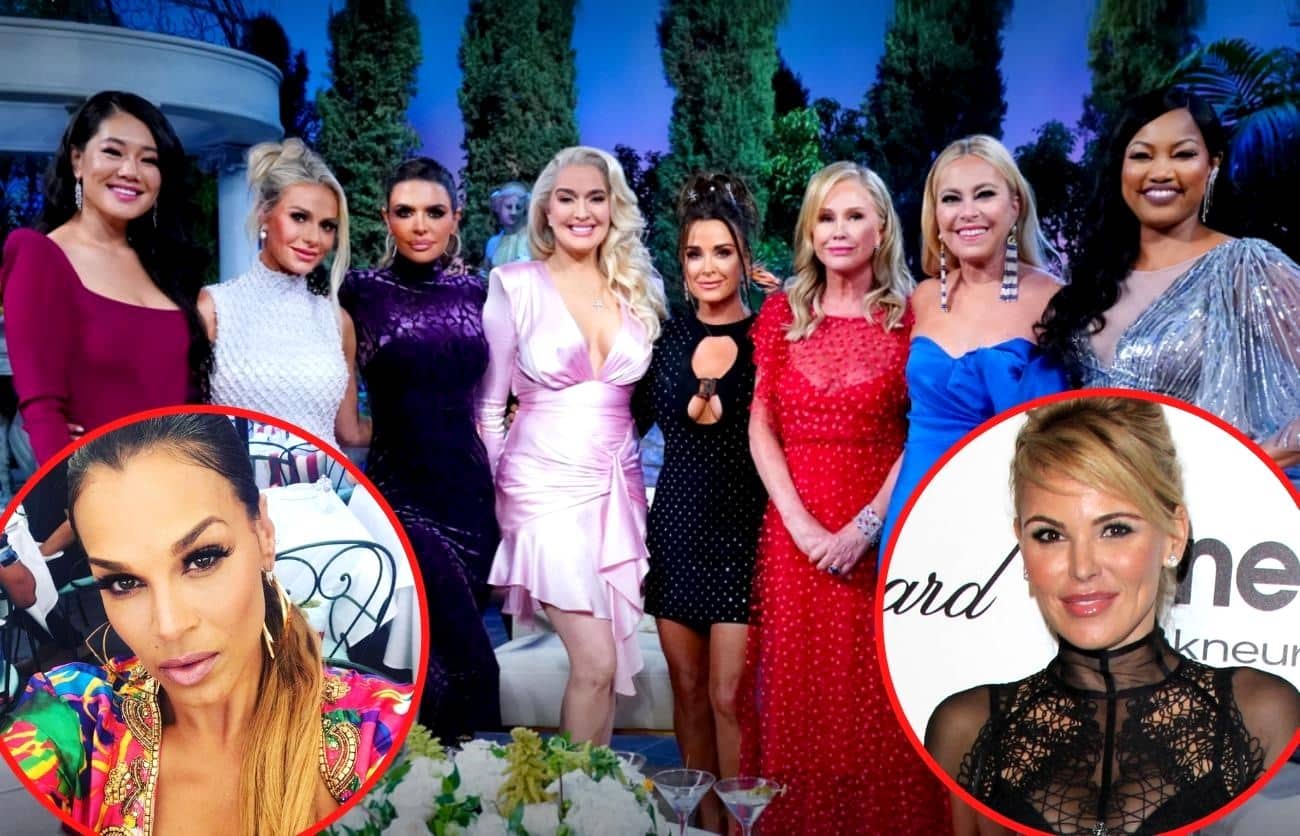 The Real Housewives of Beverly Hills cast flew to Aspen last week. And over the weekend, they reportedly endured a ton of drama.

As the ladies of the show, including newbies Sanela Diana Jenkins and Sheree Zampino and cast “friend” Kathy Hilton, shared photos and videos of one another on social media, the internet was flooded with reports of drama between them, including talks of an intervention and the forming of what appear to be new alliances.

On Saturday, a report was shared on Instagram in regard to an argument that had taken place about Erika Jayne at a restaurant.

“[Dorit Kemsley] helped Erika pack last night and they both left Aspen. Things got heated on the topic of Erika. [Lisa Rinna] was mocking Dorit. Lisa [said,] ‘You can’t self medicate with pills and alcohol’ referring to Erika… a producer had to step in and they stopped filming… then all the girls made an agreement to not name call anymore and filming resumed,” they explained.

“Apparently Erika has been drinking a lot lately and the other women are concerned,” the page explained, noting that Lisa had allegedly mentioned an “intervention,” although not in terms of rehab.

“Rinna seems to be in a good place with [Garcelle Beauvais] and [Sutton Stracke]. [And it] sounded like Rinna has gotten to a point where she can no longer defend Erika,” they continued. “[There was] talk of Erika being in a really bad place and triggered by anyone referring to ‘victims.’”

While the outlet went on to say that Erika had lashed out at a number of her RHOBH cast members, namely Sutton, they claimed she’s hit it off with newbie Diana amid an alleged “rift” with Lisa, who allegedly “openly said Erika is on two anti-depressants and drinking heavily on them.”

Apparently, an alliance has formed between Diana, Dorit, and Erika.

Meanwhile, other women of the cast, including Garcelle, Sutton, Sheree, and Crystal Kung-Minkoff, appear to have formed their own alliance.

Although its hard to say what’s really going on, a number of cast members have made telling posts on social media.

“Friendship isn’t a big thing — its a million little things,” read a message by Paulo Coelho shared on Twitter by Garcelle, who added, “Amen Choose your friends wisely.” 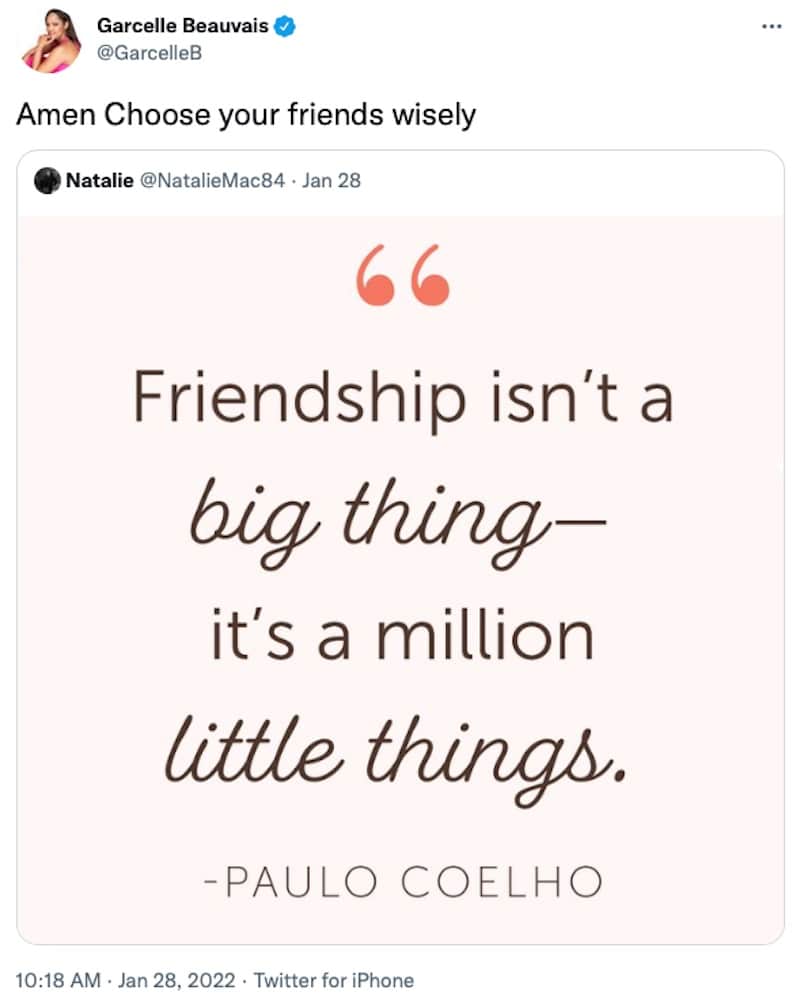 Garcelle also shared a cast photo from the RHOBH trip on Twitter.

On Instagram, Kyle and Lisa offered their support to Erika after reading a report that claimed she had been dismissed from a fraud and embezzlement lawsuit (which is said to be in the midst of a transfer to California from Chicago).

“Thank you to my friends that know me. It’s a marathon, I love you!” Erika wrote, seemingly shading those who haven’t supported her amid her legal journey. 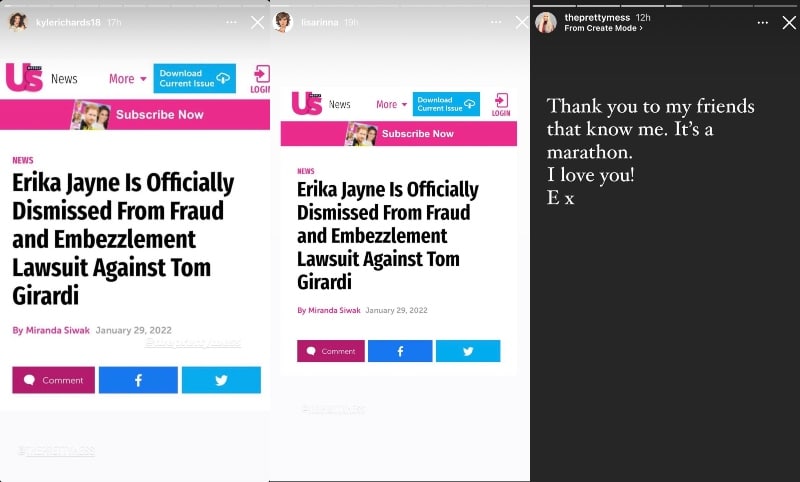 The Real Housewives of Beverly Hills season 12 will premiere on Bravo sometime later this year.