Home Real Housewives of Beverly Hills News Is There a Rift Between Erika Jayne and Lisa Rinna? Report Claims RHOBH Producers Were Forced to Stop Filming Amid “Blowout Fight” and Ugly Allegations

Is There a Rift Between Erika Jayne and Lisa Rinna? Report Claims RHOBH Producers Were Forced to Stop Filming Amid “Blowout Fight” and Ugly Allegations 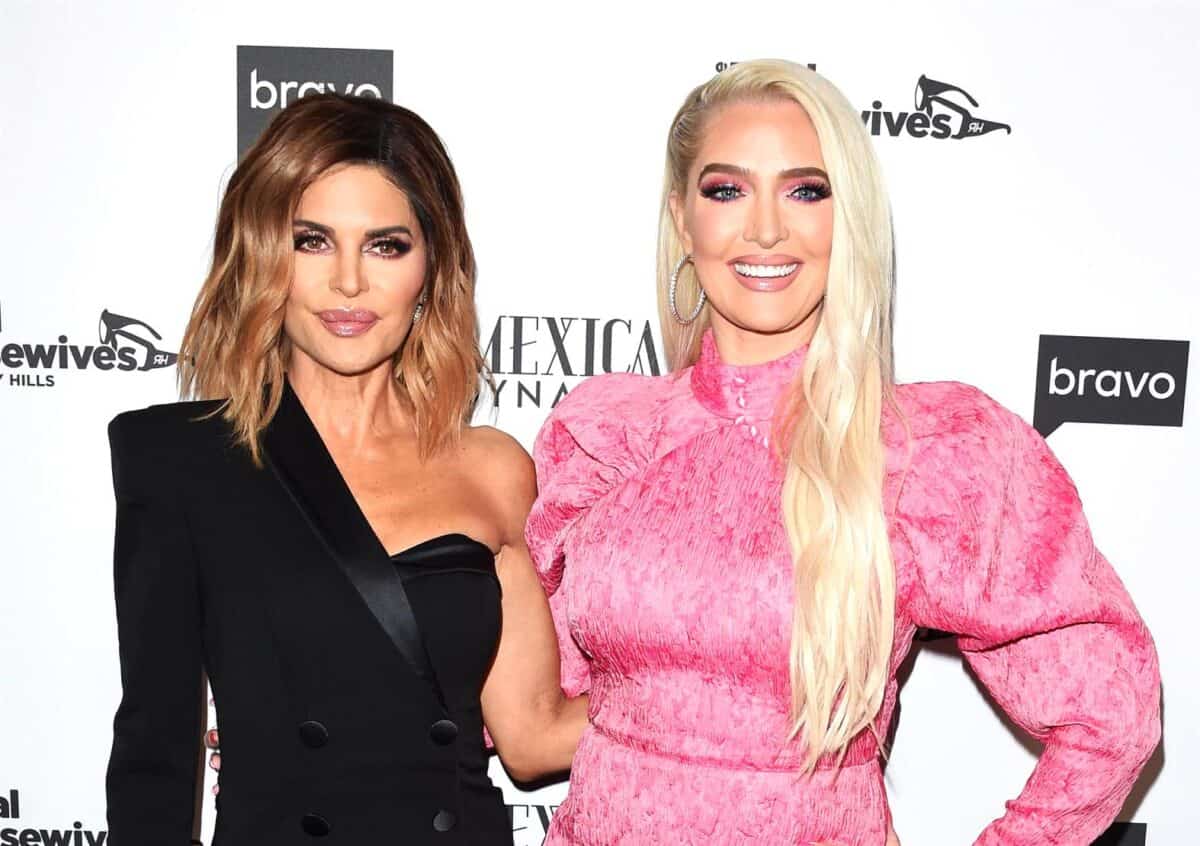 Have longtime besties Erika Jayne and Lisa Rinna suffered a falling out amid production on The Real Housewives of Beverly Hills season 12?

Following the ladies’ cast trip to Aspen with their co-stars, rumors are swirling in regard to Erika “drinking a lot” and being in a “bad place” amid her legal drama with Thomas Girardi. The rumors suggest that Lisa may have turned on her amid a “blowout fight” with the rest of the group.

According to Radar Online, things allegedly came to such a head between the ladies that Bravo producers were forced to intervene as the cast, sans Erika, attempted to form a plan to move forward with the struggling reality star.

On the morning after the alleged fight, Lisa met up with Kyle Richards, Garcelle Beauvais, Crystal Kung-Minkoff, Sutton Stracke, and Kathy Hilton at the Felix Roasting Company to look back on their messy encounter with Erika. And during the conversation, producers allegedly halted filming after Lisa reportedly made accusations about Erika that crossed major lines.

“Things got heated on the topic of Erika. Lisa was mocking Dorit. Lisa said, ‘You can’t self medicate with pills and alcohol’ referring to Erika… A producer had to step in and they stopped filming… then all the girls made an agreement to not name call anymore and filming resumed,” the insider alleged, via Queens of Bravo on Instagram.

While Lisa stuck by Erika amid RHOBH season 11 last year as other members of the cast questioned what she knew about Thomas’ mistreatment of his former clients, tables may have turned during season 12.

“Rinna seems to be in a good place with Garcelle [Beauvais] and Sutton [Stracke],” a source revealed, via #NoFilter with Zack Peter on Instagram. “Sounded like Rinna has gotten to a point where she can no longer defend Erika.”

As for the “blow out fight,” Erika was said to have lashed out at the ladies, mainly Sutton, with behavior the women felt was indefensible. That said, Dorit Kemsley allegedly “feels bad” for Erika and is trying to “help her out” amid her potential drama with Lisa.

“Really seemed like there is a beginning to be a rift between Erika and Rinna although Rinna sounded genuinely concerned for her,” the insider added of Lisa’s post-fight conversation with the cast, who had supposedly accused Erika of “refusing to give up” the $750,000 earrings Thomas allegedly bought her with his clients’ money.

Following the drama, Erika, who was rumored to have bolted from the cast trip, was seen shopping in Aspen with Dorit and newbie Sanela Diana Jenkin.

And after this report came out, PEOPLE magazine reported that “production for RHOBH was never halted” according to a production source.

The Real Housewives of Beverly Hills season 12 is expected to continue filming through this month and air on Bravo sometime later this year.