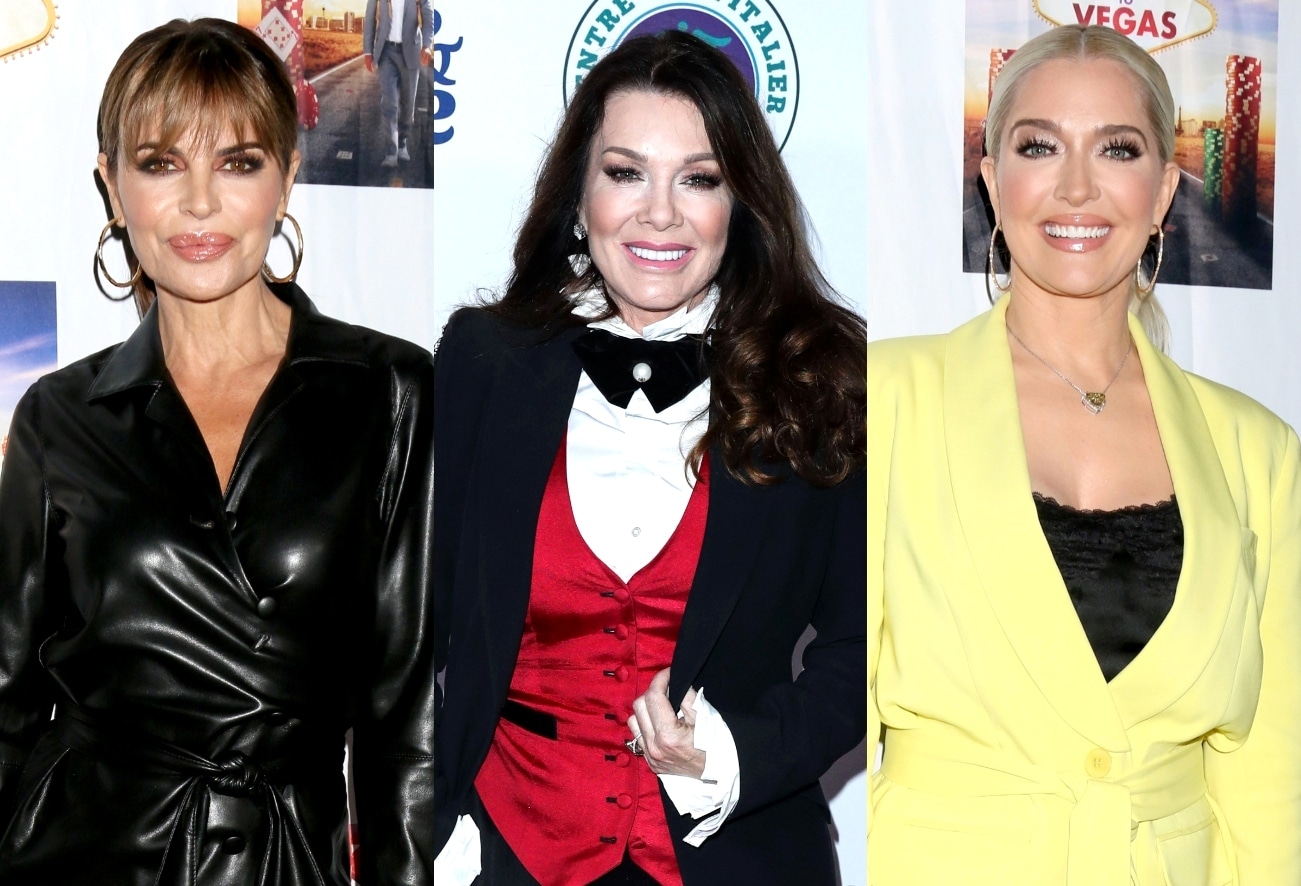 Lisa Rinna knows that when it comes to the success of The Real Housewives of Beverly Hills, the Bravo reality series is doing just fine without Lisa Vanderpump.

After suggesting weeks ago that Vanderpump “doesn’t have the balls” to return to the Bravo reality series, Rinna took to her Instagram Story, where she shared a shady meme in which Bravo was seen hypothetically turning down Vanderpump’s request for them to clean house and welcome her back.

In the meme, Vanderpump was seen wiping tears from her eyes as a caption suggested she said, “I’d only return to [RHOBH] if they ‘cleaned house.'”

As RHOBH fans may have heard, Vanderpump recently confirmed that she’d be willing to return to the show — but only if Bravo got rid of everyone, aside from Garcelle Beauvais and Sutton Stracke. However, in the meme in question, Bravo wasn’t on board with Vanderpump’s demands.

After the Queens of Bravo fan page on Instagram posted the meme, along with another message congratulating the cast on the 1.517 million viewers they received for part one of their season 11 reunion, Rinna re-shared the post on her Story.

“A nice one and a shady one. You pick which one you want to share,” the page wrote in their caption.

“I picked both,” Rinna replied. 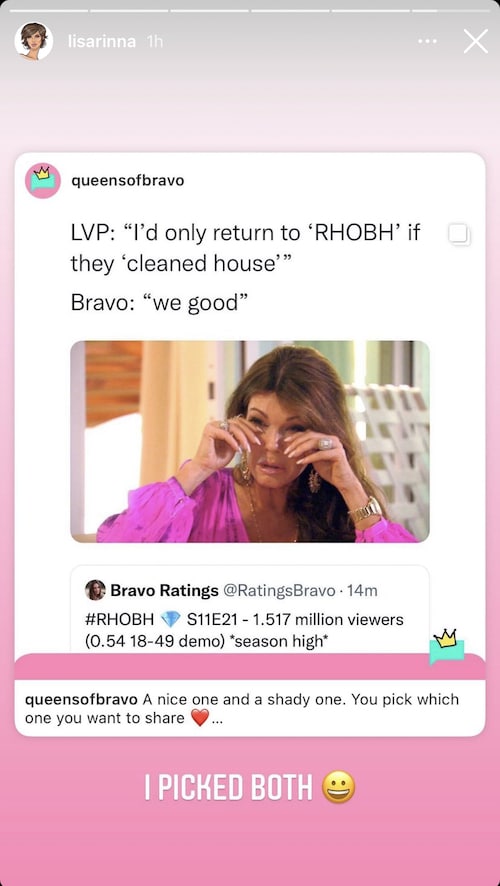 On October 14, Bravo Ratings on Twitter revealed that Wednesday night’s episode of the RHOBH reunion not only garnered the series 1.517 million viewers, but also captured 0.54 of the 18-49 key demographic, which marked a season high.”

Also on her Instagram Story, Rinna re-shared a message from one of her fans, who congratulated her and Erika Jayne for bringing it amid season 11 and showing “strength” and “bravery.”

“Congrats to these two who brought it [and] showed strength and bravery!” the person had written. 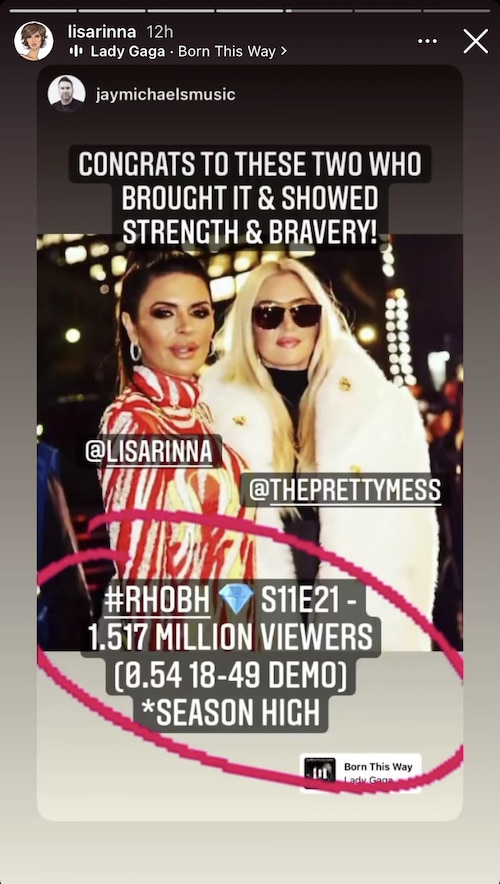 As fans have seen in recent weeks, Rinna has remained by Erika’s side as she continues to be accused of stealing money from Thomas Girardi‘s former law firm clients, including orphans and widows of plane crash victims. And, while she’s faced backlash for her loyalty at times, she hasn’t shied away from questions about her support.

During an appearance on Watch What Happens Live in September, Rinna told host, Andy Cohen, she believed Erika was in the dark amid her now-estranged husband‘s alleged crimes.

“If she is somehow lying to me in any shape or form, we will come to terms with that. But I have to let this play out because no one’s been charged. No one’s been arrested. I know everyone’s furious with me for standing by her but like, she’s my friend,” Lisa explained. “And she hasn’t been charged.”