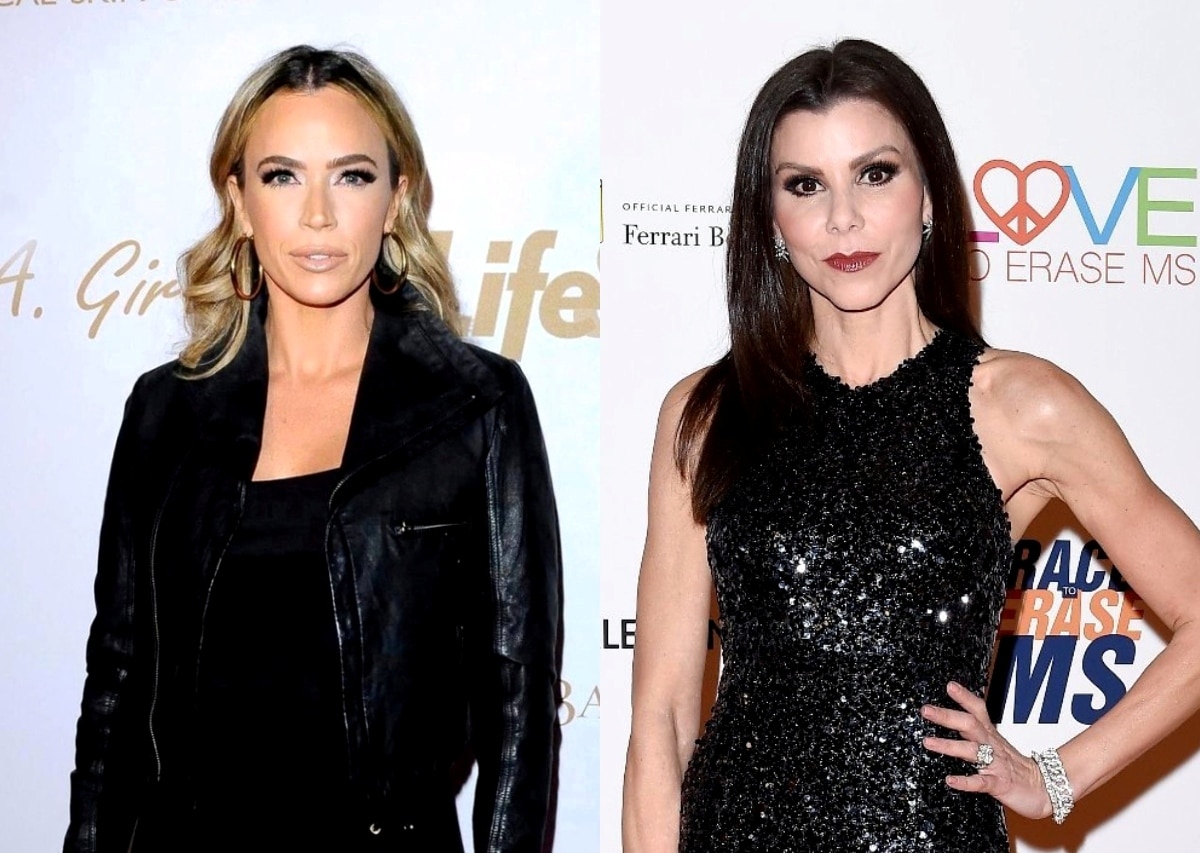 After many seasons off the air, Heather Dubrow made her triumphant return to The Real Housewives of Orange County.

Fans of RHOC, however, have differing opinions about the former actress. Some admire her poise while others feel she’s not being genuine.

On Teddi Mellencamp‘s Two Ts In A Pod podcast, the Real Housewives of Beverly Hills alum unleashed her thoughts about Heather.

“I need her to stop self-producing,” she said.

Co-host Tamra Judge, a former star on RHOC, agreed with Teddi’s assessment: “I think the problem is she’s an actress at heart and it’s kind of hard for her in front of a camera to not self-produce.”

Teddi replied, “It’s hard for [me] as a viewer to watch her thinking it’s authentic… It’s like stop — just be yourself. Stop.”

“For it to come out on People magazine is a little bit tricky,” said Teddi.

“It’s great that Heather is supportive,” expressed Tamra, but she also added, “I would be a little bit hesitant about talking about my minor child’s sexuality and that’s just me. Like I’m super protective of things like that. I don’t know, one daughter came out as bisexual and another daughter has come out as a lesbian.”

She went on to say, “I just don’t know that I would make that my storyline.”

The RHOC alum feels “the public can be mean” about topics related to the LGBTQ+ community. She then referenced the bullying Kat received online: “If she’s getting that kind of hate hurting her at that level now, coming out and it being on national TV… can your child handle that? Because 15 is a fragile age.”

“But good for Heather for supporting and being there for her kids,” she added.

According to the podcast episode, Tamra “just worries a little bit” about Kat. “I don’t want those kids to have to go through more than they need to.”