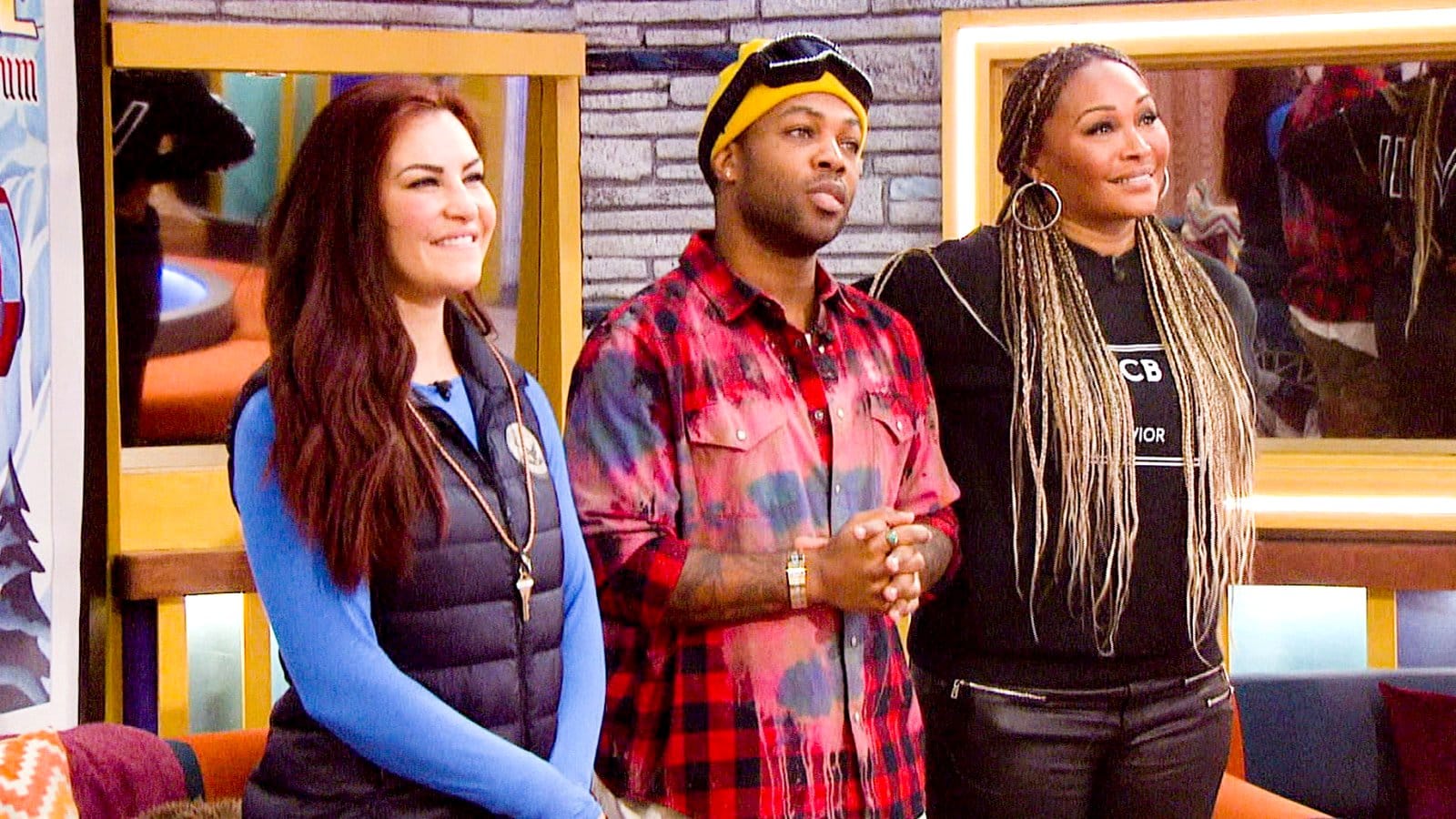 After a season of backstabbing and betrayal, Celebrity Big Brother has finally come to a close. The final three contestants came down to dancer/singer Todrick Hall, former UFC champ Miesha Tate, and former Real Housewives of Atlanta castmate Cynthia Bailey.

After taking the final Head of Household, Miesha decided to take her ally Todrick into the final two.

In a vote of seven to one, Miesha Tate beat Todrick and earned the $250,000 prize, becoming the season three winner of Celebrity Big Brother.

The jury was made up of eight losing houseguests, including Lamar Odom, Teddi Mellencamp (who was evicted first), and Cynthia.

Many of the jury members were surprised by Todrick’s behavior during the season, and they publicly expressed their disappointment (after they watched the episodes and found out what he was doing behind their backs).

In an interview with TooFab (which occurred right after the finale was filmed), Cynthia said that perhaps she “would have voted differently” if she wasn’t the last contestant out of the game.

After learning about Todrick’s morally questionable gameplay, Cynthia expressed that it “obviously will change my perception of him.” She also wants to “make things right” with Shanna Moakler, who was evicted after Cynthia believed Todrick’s exaggerated account of Shanna’s game.

She explained, “So I did my interview with Julie and then I go and see the cast and everyone’s like stone-faced. I’m like, what is going on. I can’t talk to anyone yet because we’re filming the show, and Carson’s like, ‘You gotta watch the show,’ trying to send me a message. And I’m, like, what? He’s like, We got duped. I’m like, What? I had no idea what was going on. And then we started voting, I was the last person to vote and I was so confused why everyone was voting for Miesha.”

Cynthia said [people were] “pissed” after the show wrapped.

She confessed, “It sounds like I owe Shanna an apology, personal, public, whatever I have to do, I really want to make it right. I was reacting to what I thought was happening. As someone who’s not a super ‘Big Brother’ fan, I didn’t know that they could do that. I was like, it must be true. You have betrayed us.”

The star went on to say, “Had I not been the last person out of the House and I’d watched the show, I think maybe I would have voted differently. My reality at that time was what was happening in the House. Todrick was good to me. I had a great time with him. Now that I know this information, that obviously will change my perception of him. And it really sucks, because I really, really had a soft spot for him.”

“It’s horrible because now I really have to make this thing right with Shanna,” Cynthia continued. “It’s such a mess. I honestly thought in some ways being on ‘The Real Housewives of Atlanta’ for 11 seasons would have prepared me for ‘Big Brother.’ It didn’t. [It’s a] whole ‘nother beast. If there was a book on what not to do on ‘Big Brother’– I think I could write the book because I broke all the rules, I did everything that probably didn’t make sense to the superfans. They’re like, what is Cynthia doing? I didn’t win a thing, I never had power.”

Cynthia then explained, “I think if I had known a little bit more about how ‘Big Brother’ worked, I probably could have navigated it a little differently. I mean, I literally said, I’m not going to jump into an alliance right away; the first person to ask me to get into an alliance was Carson, I’m like, ‘Yep, I’m in.’ I was like, I’m gonna lay low the first week, it was like, Spirit fingers, I’m here everyone. Focus on me. It’s just crazy because I’m still just trying to figure out.”

She also addressed the argument she had with Todd Bridges: “I love Todd. That was all about me keeping my word to Teddi, who I was in an alliance with and Todd, who I was not in an alliance, was in his feelings I didn’t vote for him… My regret is that it escalated way higher than it had to, but in my defense, I turned 55 in the ‘Big Brother’ house. I am in pre-menopause, okay. I have mood swings, I have hot flashes, cold flashes, so I may be hormonally– Maybe I overreacted. All I know is, 50 Cent came up for a minute, I apologized and we were able to move on.”

The RHOA alum was asked if she was finished with reality TV, to which she responded, “I have a movie coming out on Lifetime… I’m really focusing on acting and hosting and kind of like switching lanes a little bit. But hey, it’s not over until it’s over. Never say never. I feel like after doing ‘Celebrity Big Brother,’ if I can survive this house, I can do anything.”