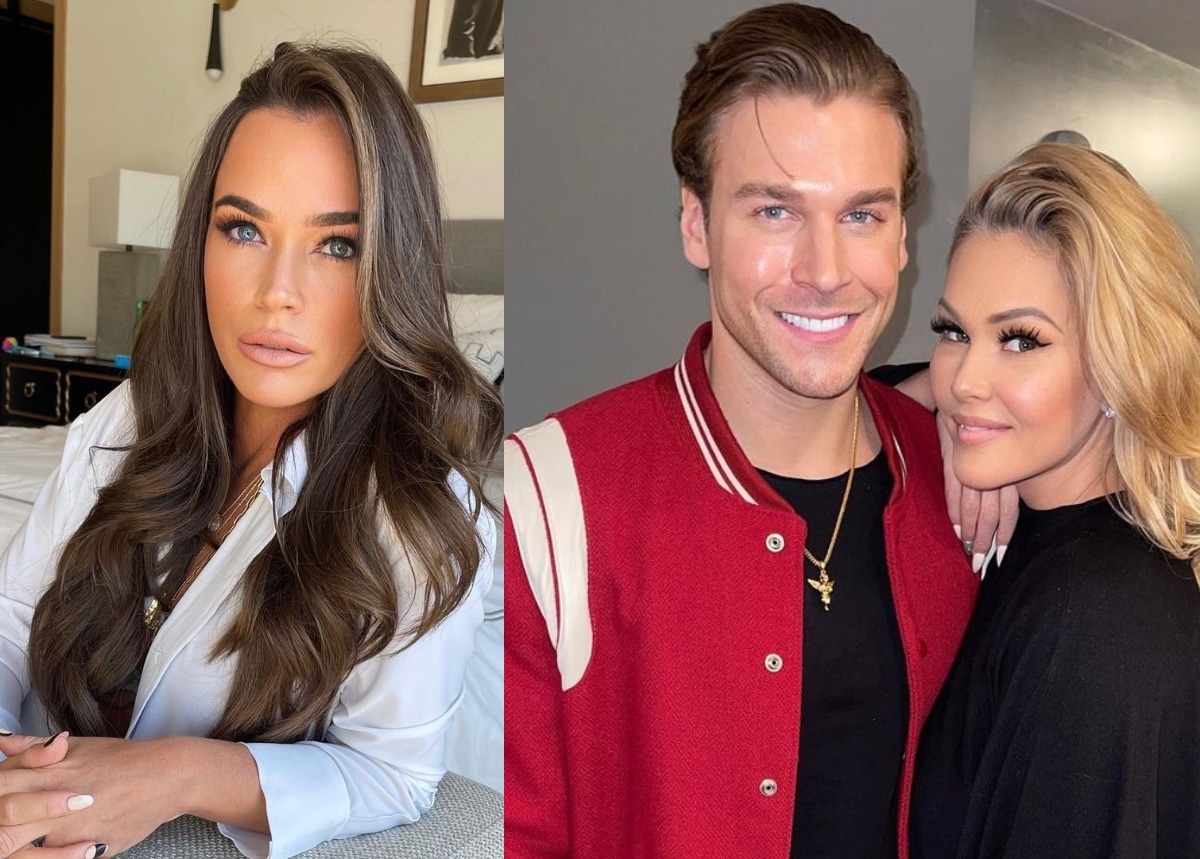 Teddi Mellencamp opened up about messages she received from Shanna Moakler’s boyfriend, Matthew Rondeau, on social media on the latest episode of her and Tamra Judge‘s podcast.

Following her early exit from Celebrity Big Brother season three, which came after Shanna, 46, turned on her, the Real Housewives of Beverly Hills alum told Tamra she was caught off-guard by the messages the 28-year-old sent, and she now has “concerns” for the ex-Playmate.

“Shanna’s boyfriend, who I didn’t tag in any posts, slid into my DMs as well,” Teddi, 40, revealed, via Us Weekly, on the February 9 episode of Two T’s in a Pod. “Let’s just say, ‘Shanna, when you get out of the house if he hasn’t told you anything, you need to call me girl.'”

Although Tamra initially assumed Teddi was suggesting that Matthew, who has been in an on-again, off-again relationship with Shanna since 2020, was hitting on her, Teddi confirmed that was not the case, revealing he instead said some not-so-nice things about Shanna.

“He was not hitting on me,” she stated.

As for what prompted him to reach out, Teddi said she heard from Matthew after sharing a sarcastic statement about Shanna on her Instagram Story.

“I said, ‘Oh, Shanna, had I known you were going to vote me out, I wouldn’t have left you my hat.’ Obviously joking,” Teddi recalled. “It’s a beanie cap, I don’t care. It’s my bad attempt at humor… But he wrote, ‘You’ll never see that hat again’ and then something negative about her.”

Because she first “thought he was joking,” Teddi continued the conversation.

“I wrote back, ‘Oh, LOL. It’s not that big of a deal. In the big scheme of things, I couldn’t have made it those 11 days without her friendship,’” she revealed.

But Matthew didn’t stop there and “continued on and on and on” about Shanna despite being reportedly seen “out buying rings” for her recently.

“Now I have a little bit additional concerns for Shanna,” Teddi admitted.

During an interview with Us Weekly earlier this month, Teddi noted that despite Shanna’s show betrayal, she holds no ill will toward her and hopes she does well as Celebrity Big Brother continues.

“I’ll still talk to her because I know she’s playing the game hard because her family and her life. And, you know, she’s been wronged a lot of times, and I ultimately have empathy for her,” Teddi said.

Prior to her relationship with Matthew, Shanna was married for four years to Travis Barker, who is now engaged to Kourtney Kardashian.