RHOC Recap: Jen Gets Drunk at Heather’s Dinner, Shannon Stews Over Jealousy Comment and Emily Struggles Over Relationship Issues With Her Father 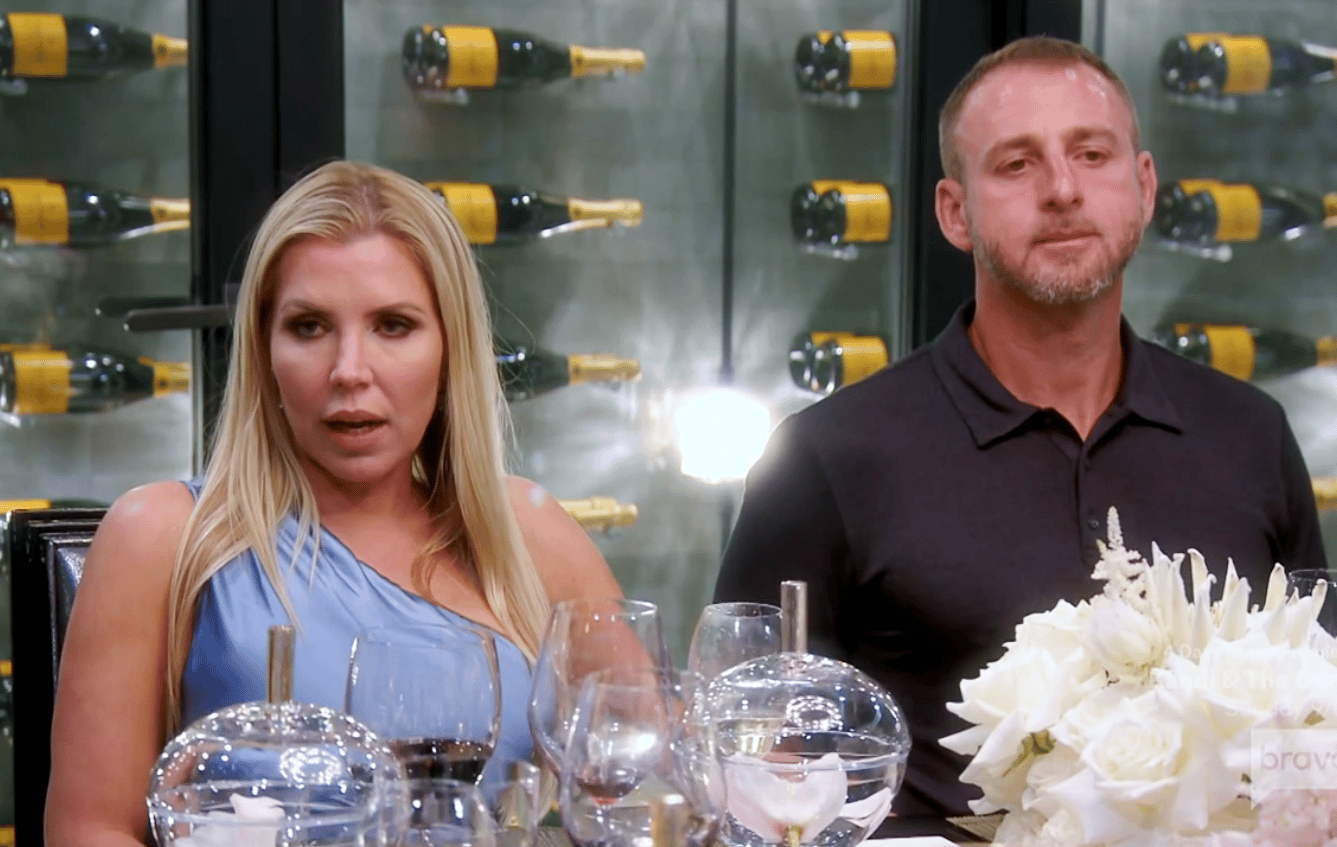 On this episode of the Real Housewives of Orange County, we go from a wholesome family celebration to a cringey dinner party with only one very intoxicated guest. Maybe it’s time Heather realizes that although she may know a lot about fashion, marriage mentoring should be removed from her resume.

Emily is preparing for her daughter’s upcoming baptism, and she is an emotional wreck. She talks about how quickly her children are growing up and how Annabelle is going to be following in Shane’s Mormon footsteps. Emily explains that her father’s absence in her life growing up makes her realize just how great of a dad Shane is (huh?).

Heather is off to meet her friend Tawnie, Shannon, and Dr. Jen for some drinks. Jen is happy to be having a girls’ night because she has had continuing stress in her marriage with Ryne (aka Mr. Personality). Jen states that she needs to talk with her husband in a professional setting, but the longer she waits to discuss the issues, the more awkward things get. The reality is, Ryne loves his dog more than Jen and that’s never gonna change…

Shannon talks about how writing a letter may be helpful in communicating her feelings to him, and Jen tells the ladies that she even tries to explain how she is feeling through basketball terminology for Ryne. The women share stories about their husbands, and who knew that Heather was a relationship therapist? Heather realizes that Jen is at a make-or-break moment in her marriage, and so she has invited Jen and Ryne over to help mentor them and show them how a healthy relationship works (blaaaah).

Keni, Noella‘s friend, invites her over for a girl hang. Noella explains how crazy the mediation was (or meditation, according to Keni) and that James did not show up for the meeting. Instead, via FaceTime in a different room, James was eerily silent while Noella was into the details about finances. She realizes that she has to work on herself now and that nothing is going to change.

Enter: Fairy Godmother Heather Dubrow. Heather states that Gina is on an “upswing” and that she needs her clothes to reflect a woman starting her own business. Heather actually goes to Gina’s house, which is a shack compared to her castle, and she comes donning pink coats in two different sizes just for Gina.

Heather believes that Gina doesn’t understand her own personal style and so she has decided to help Gina purge her closet of all things, including her prom dress. Heather legit plays dress-up with Gina and truly fancies herself a fashionista. Gina whips out her wedding dress and becomes tearful thinking about the symbolism of this dress. Heather urges Gina to give the gown to someone in need, and Gina agrees that it would be best to help her get some closure.

It’s time for Annabelle’s baptism reception at Shane’s parents’ house, and Emily could not be prouder. (Peep the Lizzie cameo in the background.) Emily calls the baptism a beautiful thing and even shares that Shane cried during the ceremony. Emily is thrilled to know she has the best dad for her kids, but she also thinks back to how much she missed her father in her life.

Gina joins the dinner and Emily pulls her aside to chat. A drunk Emily comes clean: She told Shannon that Gina feels as though Shannon is jealous of her friendship with Heather. How very high school. Emily tells Gina that Shannon is miffed and feels like Gina likes to talk about herself a lot. Gina finds that hilarious, but she is p*ssed Shannon would say that about her.

Shannon and her boyfriend John are back at the Q Dub in her usual booth. Shannon shares way too much about her level of “intimacy” with John and chats about the newest issue regarding Gina. Shannon is reeling about the jealousy comment, and she is unsure what to do about her friendship with Gina. Shannon believes that many of Gina’s statements are coming from a place of “arrogance.” John calls Gina’s behavior “cruel,” and Shannon decides that she needs to get to the bottom of why Gina is backstabbing her with the comments left and right.

Heather is throwing a “very last minute” get-together with Jen and Ryne. Heather likens a dinner party to a stage production, but the table just looks super cluttered to me. You need a road map to find your plate over there! Ryne is less than thrilled to have to a.) wear clothes, b.) wear shoes (OMG the gym socks and the dress shoes are killing me), and c.) leave his dog at home. This is not off to a good start for Ryne AT ALL.

As soon as Jen and Ryne enter the Dubrow mansion, things get awkward. Ryne, the Mormon, asks only for water, and Terry questions Ryne: “You don’t drink? What about heroin?” The ladies ditch Terry and Ryne, and I feel so bad for Terry trying to entertain this guy that is clearly uncomfortable and/or aggravated. We learn that Ryne played poker for a living until the kids were born, and Terry picks up on the house role-reversal in the relationship.

Some more of Heather’s friends arrive at her house, and I hope that this lightens the mood. Heather believes that Jen and Ryne will learn a lot from being around some of these couples who have been married for long periods of time. At the table, however, things just get worse. Jen is absolutely wasted and it’s bad. She directs Ryne on how to sit and how to act, and the drunker Jen gets, the more introverted Ryne becomes.

When Ryne makes a bib out of his napkin, I am cringing. It’s like the cherry on top of an uncomfortable dinner party. Jen is asked how she met Ryne, and she very drunkenly and loudly shares that they met at a breakfast buffet and he was wearing white Louis Vuitton sunglasses. Jen shares that they had children before they got married, and she is dropping f-bombs all over the place. She tells the group that Ryne only proposed to her because she was going to go off to Harvard for schooling, and Heather asks to hear Ryne’s side of the story.

Ryne appears to have frozen since he stays mum until he decides to just go with Jen’s story in hopes of having all focus on him dissipate. Heather putting Ryne on the spot certainly made Jen nervous. She is clearly scared of what he might say and so she drowns her fear in wine… lots and lots of wine.

Jen refers to Heather as “Heather D.,” and it is amazing. She compliments the wine about 756 times, and everyone at the dinner can sense just how drunk Jen is. Ryne gets up from the table without even excusing himself and tells Jen that she needs to stop drinking. Heather states that her intention was not to get Jen annihilated, and you can tell she is irked that her plan to mentor Jen and Ryne has gone sideways.

As Jen stumbles out of the Dubrow house, she states, “I f*cking love Heather D.” LOLOL. After they leave, Heather tells the entire table about the marital issues between Ryne and Jen, and TBH, not sure how that was polite. Don’t air other people’s dirty laundry, Heather… The group calls Ryne sweet and shy, but Terry snickers, “Let’s be honest. They’re a mess.” He’s not wrong, but let’s work on our sensitivity, shall we?