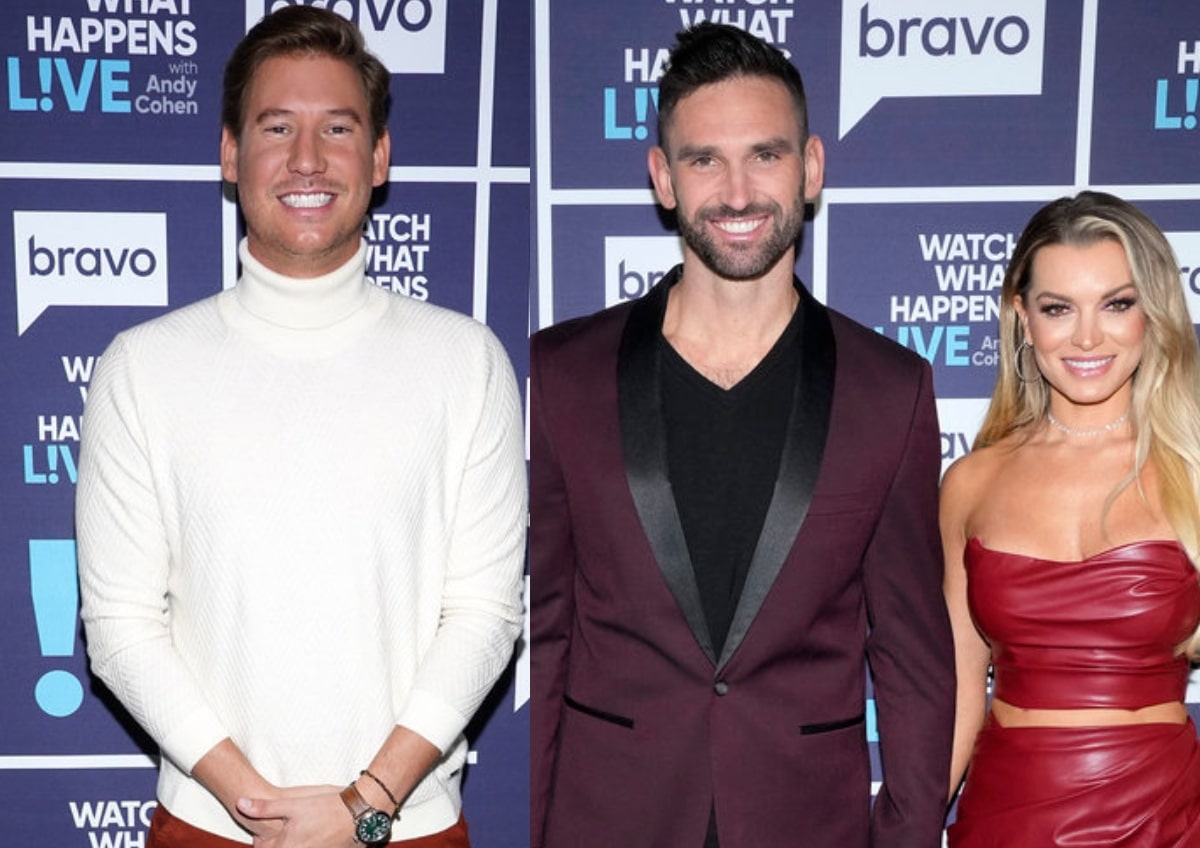 Austen Kroll and Lindsay Hubbard have had a strange relationship throughout the years. The Summer House stars were in a rough spot after Austen shaded Lindsay in a game during Watch What Happens Live. Afterward, Lindsay blocked him, and it seemed their friendship was over.

As fans now know, Lindsay is in a serious relationship with another co-star, Carl Radke. The couple rekindled their romance after Carl got sober (Lindsay said his drinking was a roadblock in the past).

Recently, an Instagram account called Bravogypsy posted two shady photos. In the first, Lindsay is cozying up next to Austen. In the second, she’s holding hands with Carl on the set of WWHL.

The message of the post read, “Merriam Webster’s definition of an upgrade.”

Austen soon clapped back at the account, replying, “Lmao that would imply that I was ever an option.”

A user then commented, “The First Couple must be giggling,” and Austen then responded with a question: “Who?”

Afterward, fans were quick to chime in. One commenter wrote, “CARL > AUSTEN, period.” Another added, “Lmao that comment proves the point.”

Another expressed, “Man, I want Carl to snap back at him but we know he’s too classy 👏🏼.”

A different user commented, “Cue this weeks episode of him kissing her, realizing women can do better than him hurts his feelings.”

Another viewer seemed to agree: “Just happy Lindsay moved on to bigger and better ❤️ Austen will always be a petty muppet. He makes Madison more likable every passing moment.”