RHONJ’s Gia Giudice Thinks Mom Teresa is “Moving Too Fast” With Luis Ruelas, Says They’re “Not Ready to be Engaged Yet” 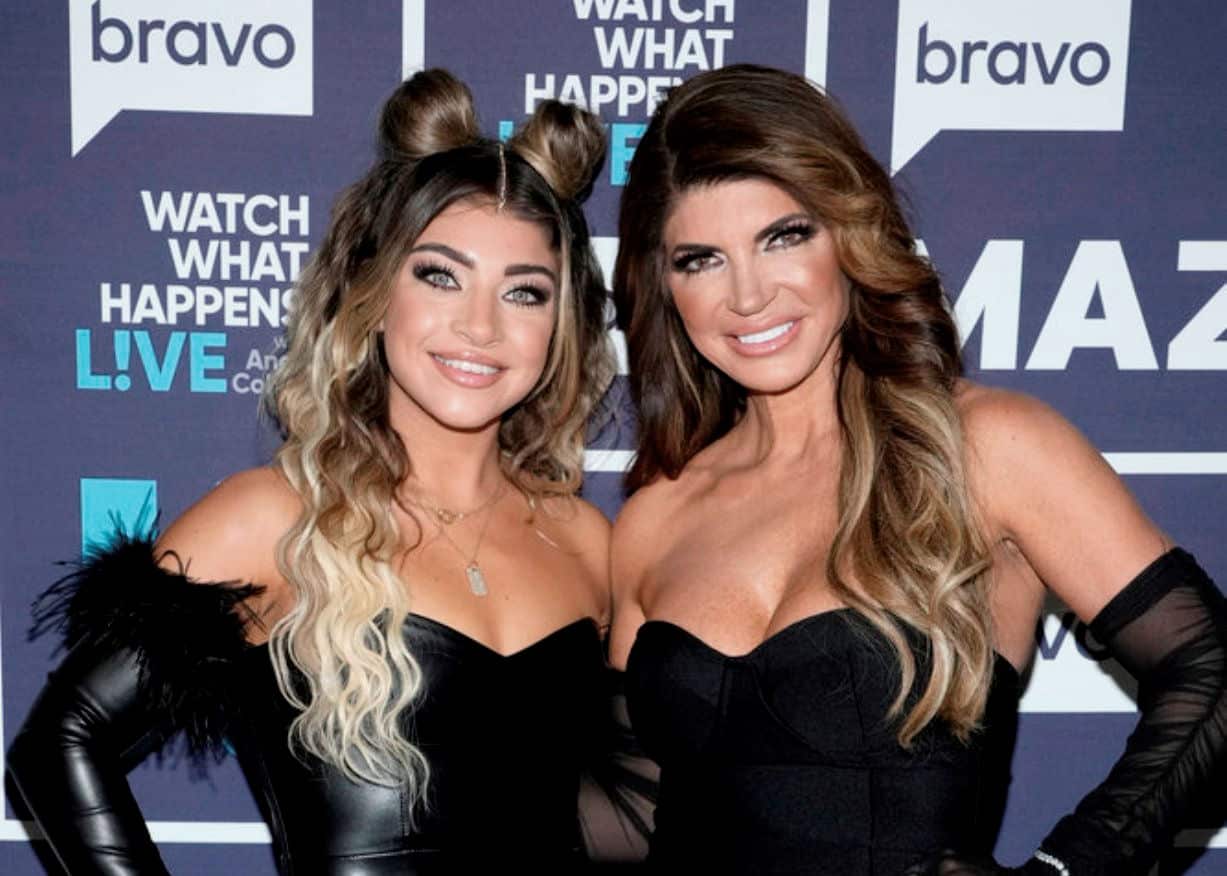 We all know where this love story leads. Too bad, Gia Giudice wasn’t on the same page during the early filming of the latest season of the Real Housewives of New Jersey.

In a new season 12 clip posted by @rhonjobsessed, Gia and mom, Teresa Giudice are having an ice-cream outing while discussing Gia’s current relationship with boyfriend Christian of over one year when the topic of Teresa and Luis “Louie” Ruelas’s relationship trajectory obviously comes up.

“What do you want to do for your one year [anniversary with Louie]?”, Gia asks.

Teresa explains she doesn’t know only that Luis is planning it.

Gia doesn’t seem too convinced as she hesitantly explains that she believes that things between the couple may be moving too fast.

“No yeah, but honestly, I feel like it is still just step by step. Like, you’re not ready to be engaged yet, right?” Gia questioned.

Oh, Gia. If you only knew what was to come.

Gia continues to explain in a confessional that she obviously cares for her mom and only wants her to be happy, but she has her concerns. (Perhaps that video of Luis that just won’t go away this season of RHONJ?)

“Do I think my mom may be moving too fast? Yeah,” she said continuing, “In any relationship you’re gonna be in the honeymoon stage for the beginning. It’s very easy to only see the good when you’re in la-la land.”

Teresa admits that she and Louie had talked about engagement, but she doesn’t really think that much about it. She also makes the point that Gia said her late grandfather “Nono” wouldn’t want her to move in with someone without an engagement.

Gia clapped back, “I also didn’t think it was going to move this fast at all.”

All’s well that ends well, I suppose as Gia has seemingly welcomed Luis into their family as he and Teresa did become engaged. Plus, Teresa, Gia and her sisters, and Luis’s family have purchased a new house and are all living together under one “love bubble” roof.