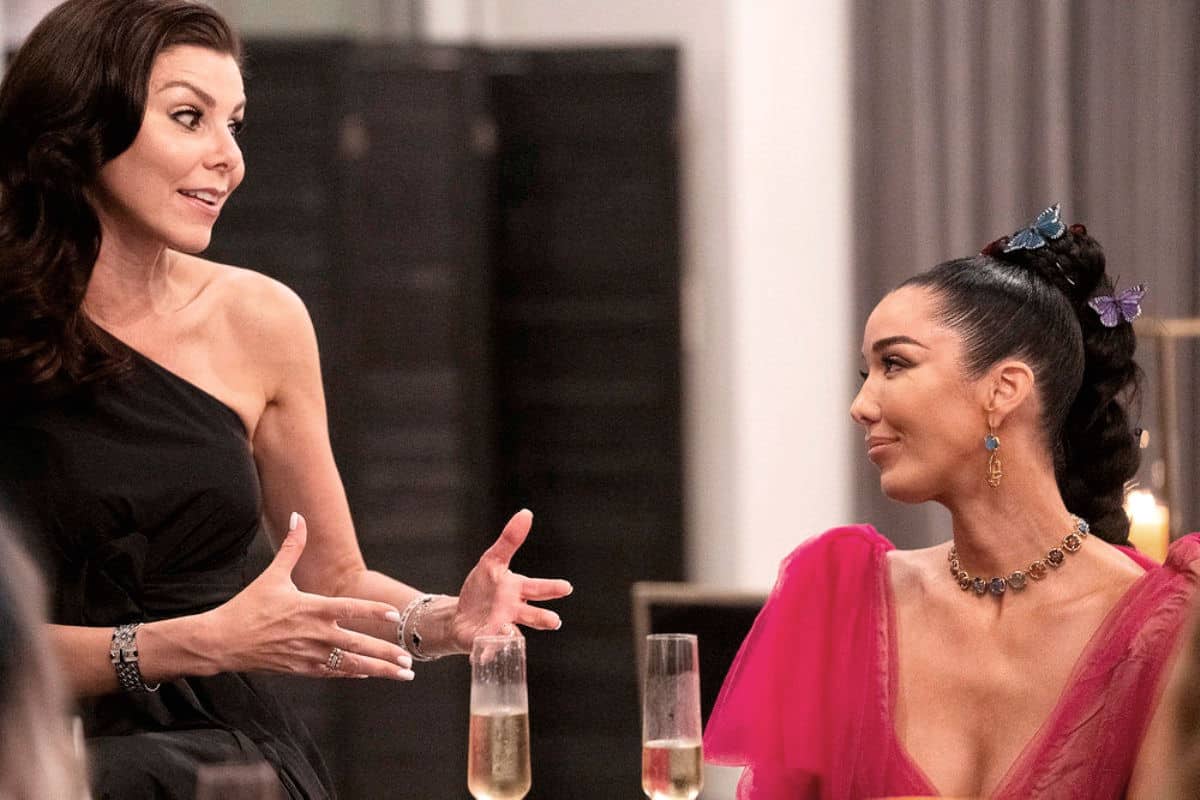 Heather Dubrow’s return to The Real Housewives of Orange County has not come without drama, including shutting down her $26,000 “Sushi Party from Hell” early and slamming Bravo producers to shut down cameras. Plus, she also had a rocky start with Shannon Beador.

Still, rumors have been running rampant online through multiple blog accounts claiming that Heather has an in with RHOC producers. The accounts claim she tried to ice out newbie Noella Bergener and get “friend of” Nicole James booted from the show.

However, Heather is here to set the record straight. Speaking with ET, Heather says she has nothing to do with either of those circumstances.

“There are these rumors that I tried to get Noella fired before the show started, and that I called everyone to tell them not to film with her. That never happened,” Heather told the outlet. “I love how powerful everyone thinks I am, though.”

Heather also took time to adamantly deny that she had anything to do with Nicole James abruptly stopping filming the show after only five episodes. After, all Heather was the one who brought Nicole into the ladies’ inner circle. In fact, Heather says she feels betrayed by Nicole’s decision to leave RHOC.

During the first two episodes, it was revealed that Nicole had sued Heather’s husband, Dr. Terry Dubrow, decades earlier for a “botched” boob job. This caused many to speculate that was Heather’s motive for getting Nicole fired. Other rumors blamed friction between Nicole and the production staff.

“It really felt like a betrayal,” Heather explained. “I mean, it was like, ‘Hey, come back to the show. This is going to be great. We need the lifestyle back and the this and the that, and we want a more connected community, and blah, blah, blah, blah…’ And we’re like, ‘All right, great.’ We talked about it in a family meeting, ‘We’re in.’ And then, ka-pow. Whoa, thanks.”

Terry also took time to give his two cents on the matter, saying he “felt bad” for Nicole and their past lawsuit should never been brought into the show (thanks, Shannon). He said he had totally forgotten about it and that it had nothing to do with his family’s “modern life” — an aspect that fans know is very important to the couple to show America.

“I’ll be perfectly honest with you, I was pretty upset that that happened,” Terry admitted to ET. “This is something from my past, that was 22 years ago that I had completely forgotten, and I didn’t even know she was the same girl. So, I thought, ‘Wow, why? Why would you want to bring that on the show?’ And so, I was upset about that component of it.”

Terry continued by saying, “At the end of the day, I felt bad– I felt bad for Nicole. I felt bad that she had had a complication from high-risk revisional plastic surgery that I did on her, which I mean, hello, I have a TV show about it. It’s called Botched. … So, I felt bad for her, and I felt bad we had to talk about it. So right then I thought, ‘Wait a minute. I know we want to show our lives and share a modern family with people and see what other families can do about sexuality differences in their children. But let’s do it somewhere else…’”

There’s been no official word from either Bravo or Nicole as for her sudden departure for the show yet.