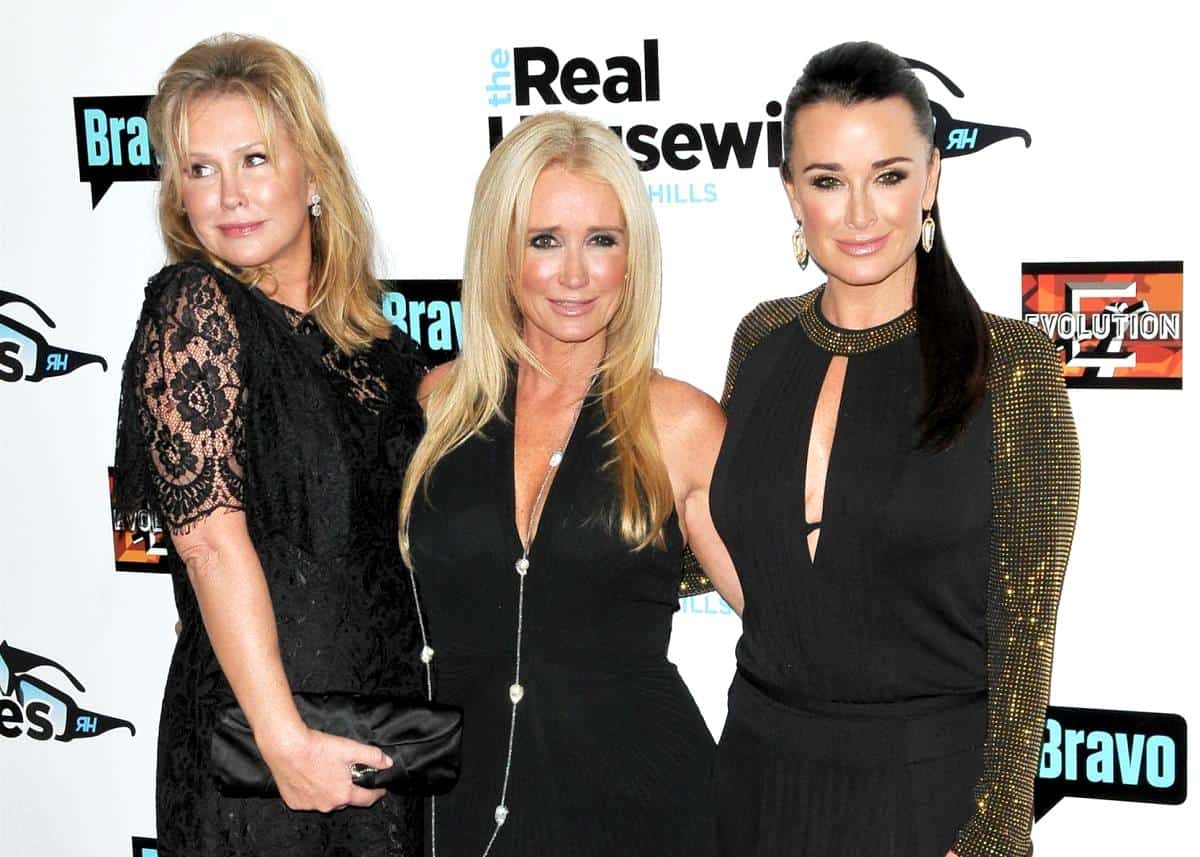 The history of the Richards sisters — Kyle, Kim, and Kathy Hilton — is as shaky as a California earthquake. Their sibling alliances are constantly shifting.

In the past, Kim and Kyle were solid until Kyle outed her as an alcoholic. Kyle and Kathy were once strong until Kyle made a sitcom about their dysfunctional upbringing. In the last year, however, Kathy and Kyle were seemingly in a better place, which was highlighted on Kathy’s first season of Real Housewives of Beverly Hills.

According to sources who spoke with Page Six, Kyle and Kim were not present at their sister Kathy’s birthday dinner while several other RHOBH stars were there.

Kathy, who just turned 63, celebrated the occasion on Tuesday night in West Hollywood. Garcelle Beauvais, Sutton Stracke, and Faye Resnick (a frequent guest star on the show and a source of past conflict) showed up to honor Kathy.

Sources told the outlet that Kyle couldn’t attend because she “was filming,” and Kim “had a commitment” concerning one of her children.

On the same day, Kyle posted photos of herself on Instagram, which showed a cameraman in the background along with two people who may be producers. She seemed to be inside her home.

The sources revealed Kyle wasn’t filming for RHOBH because production is finished with the season. As of now, it is unknown what Kim was doing exactly and with which of her daughters.

Although Kim and Kyle failed to give their sister a birthday tribute on social media, the Page Six insiders claim the siblings are “on good terms.”

Time will reveal how good they really are when season 12 hits the airwaves.