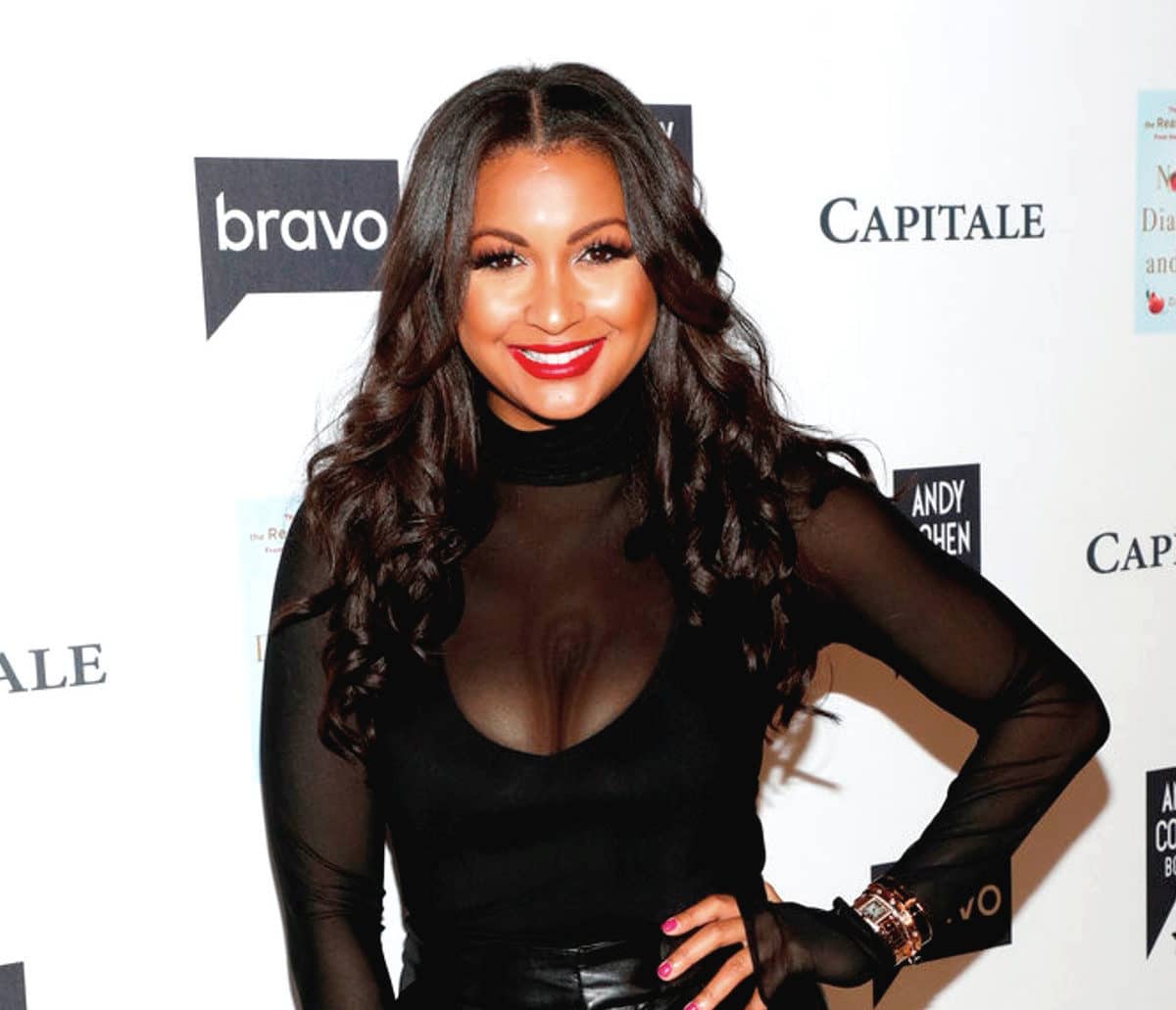 Many viewers of Real Housewives of New York loved Eboni K. Williams‘s honesty. Others, however, were critical of her attempts to educate the other women.

Although RHONY‘s fate is somewhat up in the air, Eboni keeps herself busy. The attorney just competed on CBS’s new gameshow, Beyond the Edge.

In an interview for Behind The Velvet Rope With David Yontef, Eboni explained why she accepted CBS’s offer. At the time, the star was “a little depressed” because of the “intensity” of RHONY season 13. She was also “healing from my broken engagement and, finding my father and still not actually having a relationship with him … We only have had that one conversation to this day, my father and I, and that’s tough. That’s not how I thought that would go.”

“So when CBS called,” she explained. “I was like, ‘I need some change.’ It was my Shonda Rhimes kind of year, a yes moment where I just was like, ‘This is so random. Of all the people in the world, they called me out the blue, I have to say yes to this.’”

David then asked why RHONY depressed her. “It’s not one person, it’s not one episode. It’s not one thing. I think it just all felt so heavy,” she answered. The star had “optimistic” goals for the season, regarding “conversations as they relate to race … I just saw all that s**t going in a very different direction and having a very different ending.”

“Actually, if you watch the finale episode, we got [to a good place],” she expressed. “Not because everything was resolved, but we got to a place where everybody was finally able to put the guard down, let their hair down [and] titties hang out and have a good time.”

Unfortunately, “social media, the replay, the press” took them back to “a pretty icky place.”

According to Eboni, the cast was “all good vibes until literally like the second or third episode aired. And people started responding to the conflict on the episodes… I just think none of us were prepared for that. I’ve been in the media forever, but not like this … Not the machine of Reality TV and ­the tears that come with that, because there’s the filming of it. There’s the taping of the confessionals, the airing, the social media response. And then the kind of mass media outlet response. And it all is a factor.”

Eboni also shared a ‘Housewife’ code that she wasn’t aware of: “I didn’t know that there was an expectation of Housewives, especially new Housewives, I think to kind of operate in a bit of a protective mechanism to existing castmates,” she revealed. “There was this kind of unspoken code of ‘S**t might’ve gone down on the season [but] no one’s going to say anything until reunion.’”

“No one told me that,” she continued. “I was certainly not out to get anybody, but I was just speaking off the cuff and what was on my mind at the time in interviews that I did. And I think that was met with strong reaction from my castmates.”

David asked Eboni which show was more difficult, RHONY or Beyond The Edge. She responded, “No question, emotionally harder was RHONY … We are all on Housewives for all different reasons. And therein lies an inherent conflict [which had] huge consequences.”

Eboni also addressed the criticism she received: that she was “a little much” for season one. The star believes her critics would prefer she “ease” onto the show, “like maybe what they felt Garcelle did her first season of Real Housewives of Beverly Hills. Kind of, ‘don’t touch anything, set your bags down, get acquainted, let us feel you out.’”

“The reason I didn’t do that for RHONY season 13 is because I know enough about Housewives,” she said. “Nothing’s promised in life. So that first season might be the only season you get very easily. We’ve seen plenty ones and dones, and I’d actually made an emotional pack with myself that if I get but this one season, I got to do it on my terms.”

For Eboni, it would have been “devastating” to be “all milk toast, not really doing or saying much that mattered and then getting the boot … What would that have even been for?”

The attorney doesn’t have news about season 14, but she won’t be “begging for jobs. I think at this point, they know who I am, they know what I can offer. They know my kind of boundaries … If they want my services, they certainly know where to find me.”

Eboni also believes her fun side was edited out of season 13. “I think a lot of that stuff was swapped out in lieu of what executives thought was, you know, the choice storyline. So, it is what it is.”

The star mentioned her lingering issues with Ramona Singer. “I probably have the most fun with [Ramona] when we have our good days,” she answered. “I think it’s just, there’s something about our personalities … A broken clock is right twice a day. Those two times a day, Ramona and I have a good time together.”

When asked about Jen Shah, Eboni said she wouldn’t discuss the case. She believes, however, that Jen “came off better at the end of this reunion than her whole first season, which is very ironic.” Eboni admired the way Jen “handled the questions about family … I actually came away more endeared.”

Eboni was not happy about the comparisons between Erika Jayne (whose husband is accused of embezzlement) and Jen’s husband Sharrieff. “They’re not similarly positioned,” she said. “Sharrieff is not a cast member, number one. Number two, Sharrieff to my observation has not flaunted a flagrantly excessive, materialistic lifestyle.”

“All that said, I don’t have any stake in Erika’s guilt or innocence either,” she added. “She could be as innocent as the day is long … I thought [the comparison] was a ridiculous take.”

Eboni expressed, “It would be different if we saw Coach Shah with … the jewelry, $60,000 chains on and Glamsquad and different things like that … rolling around in Bentley SUVs.”

I guess Erika and Eboni won’t be friends anytime soon.