RHOC Recap: Gina Accuses Shannon of Self-Promoting and Shannon Tells Gina to Get to Her Level, Plus Noella Loses Dad 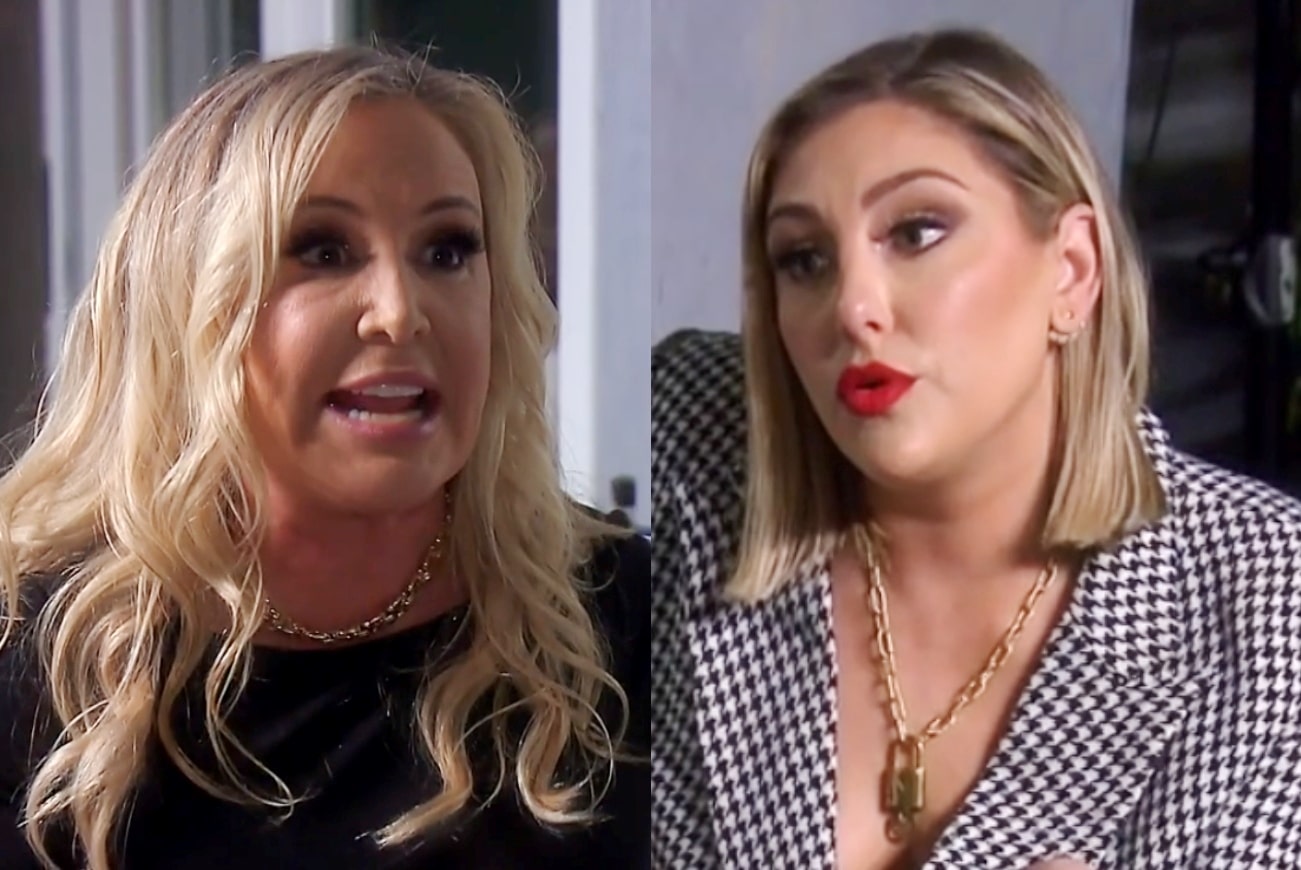 Who is jealous of who? Will Shannon and Gina ever work through their issues? All that and more on this episode of the Real Housewives of Orange County.

Shannon is beyond displeased with Gina. She is annoyed that Gina asked her if she even had friends a few weeks back, and Shannon toots her own horn, reminding Gina that she is the best friend a person could have.  She tells Gina that she has always invited her to various places despite the one-sided friendship she experiences with Gina. After all of this comes out, Gina lets Shannon know that she is unsure if she should even invite Shannon to her Cara Gala skincare launch party.

Gina hates that Shannon keeps bringing up how she connected her to her lawyer, Mike Fell, years back when she was in legal trouble with her DUI. Gina explains that she is thankful for it but wants to move on from the past mistakes she made, and she would appreciate it if Shannon stopped telling people about it. Gina states that she tries to get over Shannon’s digs and that she feels as though Shannon tries to “self-promote” herself. To that, Shannon reiterates that Gina needs to “put a pin in it.”

Shannon reminds Gina that she is so busy (to which Gina scoffs “you’re the only one”), and Gina tells Shannon that she feels bad for her at the end of the day. Shannon tells Gina that she hopes she could get to her level and then calls Gina “a f*cking a*shole.” Things are not going well. Shannon runs to Emily, and naturally, Gina finds herself in Heather‘s arms.

After hearing what went down, Heather makes this Shannon fiasco about *her*. She wants to know why Shannon didn’t ask her about her live podcast while she was out in NY, but instead, Shannon called her to claim her party was better.  Heather has to excuse herself from the conversation because Noella keeps interrupting her and she is disgusted.

Shannon cries to John and he defends her to the core. Later, Shannon claims that Gina put a label on her and she didn’t appreciate it. Heather tries to have an honest conversation with Shannon, but the problem is, there is no way to have that type of conversation with Shannon. Heather wishes Shannon would stop TELLING what type of person she is and start SHOWING her true feelings…

A teacher of conscious relationships (WTF!) comes over to Noella’s house. Noella claims she loves this kind of stuff and rattles off a long list of things she has tried to better herself naturally. Noella believes that she recreated the same dynamic with her husband as she had with her father. Noella claims that she had high hopes of her father coming back and has been programmed to be a perfectionist in hopes of making relationships stronger. Noella realizes that self-love is everything and that is what she should be seeking.

Gina has called Emily to come over and assist her in trying to get the ick out of her. You see, since she never got to finish the ritual in the sweat lodge, a psychic medium must come in and extract the bad out of her. According to the medium, the lack of closure has caused some funky feelings in Gina’s energy. The extraction leaves Gina feeling brand new and leads us to believe that she lashed out so harshly on Shannon because there was ugly inside of her. That… or maybe she just had it with Shannon. LOL.

Heather pays a visit to Dr. Jen‘s office, and the ladies chat about Jen’s event. Jen believes that her event went well (but the speech was a bit too long — I’ll say!). Although excited for the upcoming trip to Aspen that Emily is planning in hopes of reuniting the group, Heather shares her concerns. After all, Shannon tells Emily during a FaceTime that things are still not fixed with Gina. She also shares that she is planning on seeing Gina the next day and has high hopes of making amends prior to Gina’s launch party.

Later, Emily is hosting a dinner with Shane’s family. She loves that she can now have a group of people around to show the importance of family. Emily shares that the family photos they will be taking this year will be wedding photo-themed and explains that she is going to be rocking a wedding dress while her boys wear tiny tuxes. Shane refuses to do the vow renewal and he’s a smart man. Everyone knows that vow renewals are the curse of all curses. Emily makes it clear that this is simply a wedding photo redo — there will not be another wedding.

Noella shares the sad news that her father passed away in Hawaii. She received a letter from the executor of his estate and feels like she is in a weird place since he has never met his grandkid nor fixed the relationship with Noella. Noella tearfully regrets that her dad did not get to make a relationship with her son.

Gina is happy to have a friend in Tatiana. According to Gina, Tatiana is a true best friend because she has extended her home to host Gina’s launch party for Cara Gala. (Maybe Tatiana just wants some screen time thooo.) Gina feels the love and support from all the guests there so far — I mean Heather comes with a Chanel gift for crying out loud. Even Shannon arrives bearing a lucky butterfly for Gina — perhaps a peace offering?

Everyone gives Noella their condolences about her dad, and I am LOLing at Dr. Jen sending Noella flowers but still having Noella blocked on Instagram.

Heather plays hostess at someone else’s house and introduces Gina’s parents to Shannon. Right off the bat, Gina’s mom tells Shannon, “I want to thank you so much for the gift of Mike Fell.” OMG. The ONE thing Gina was so upset about in the fight earlier.

Gina grabs the mic and stands up for a speech. She thanks everyone for the support over the last few years and becomes emotional as she thanks Travis for being such a great partner. The ladies all gush over Gina, and they smile and congratulate her in what looks like a genuine manner. Too bad just a mere five days later, Shannon and Gina are back at it again in Aspen. Turns out the cold weather can’t cool off these hot tempers… it only adds to the cool attitudes toward one another.