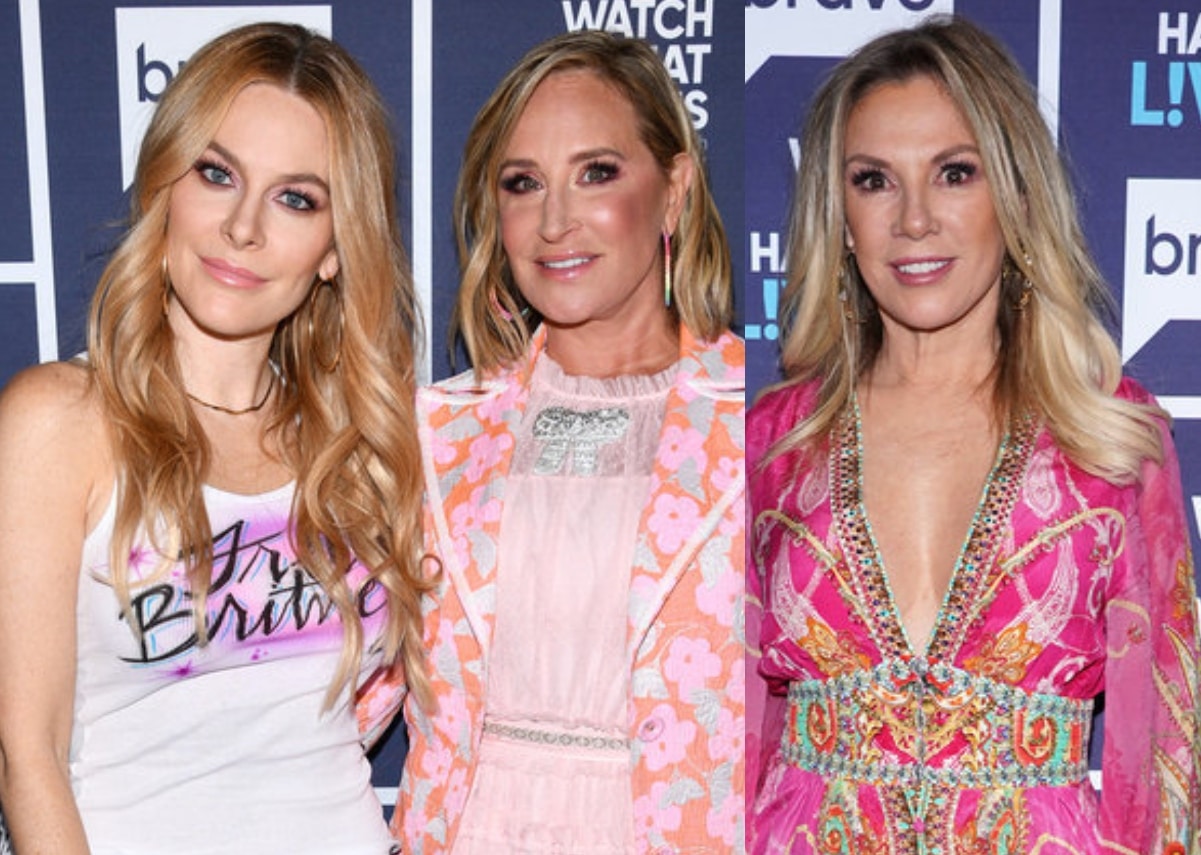 During Leah McSweeney’s first season on Real Housewives of New York, the newbie got wasted in the Hamptons, took off her clothes, and jumped into Ramona Singer’s pool.

After drinking champagne in the water (with Tinsley Mortimer), Leah got triggered by Ramona’s tiki torches, so she threw them across the lawn.

Reading an excerpt from her book, Chaos Theory, Leah provided more details behind the story: “The morning after our infamous night at Ramona’s home in the Hamptons, where I threw the tiki torches across her yard, I knew that I was in the wrong, that we made a big mess during our drunk shenanigans.”

“When I woke up, the first thing I did was clean up and apologize,” she explained. “But immediately upon our return from Newport, before I had a chance to make peace with them, Ramona and Sonya [Morgan] reached out to Bravo and told show execs they were ‘concerned’ about me. They said my behavior had scared them.”

Leah pointed out their hypocrisy, saying, “For some reason, I was scary as a blackout drunk, unlike the other women who get wasted and wild on the show.”

After Ramona and Sonja contacted Bravo, the network sent a “psychiatrist” to “reach out” to the newbie. Despite her costars’ intentions, Leah appreciated the psychiatrist’s help: “It was nice to talk about how I was coping on the show, with someone who was familiar with the pressures and objectives.”

But the star added, “It wasn’t clear if Ramona and Sonja’s ‘concerns’ were about my well-being or their own.”

Since the season aired, Leah got back on the wagon. She’s been sober for almost two years.

In an interview with The Morning Toast, Leah opened up about helping Julia Fox in Alcoholics Anonymous. “I was her sponsor in AA years ago,” said Leah. “And we just stayed friends.”

During a previous interview for the Forbidden Fruits podcast, both women discussed the experience. “Leah was my sponsor in AA. We were both so sick and suffering,” revealed Julia.

“I have the coolest sponsees though,” responded Leah. “I mean, I really was in no shape to help anybody.”

The actress, however, feels Leah did help her. “You told me something that I still think all the time: ‘Tire the body and the mind will follow,’” explained Julia. “If I’m feeling depressed or stressed, I’m just like, ‘Let’s get busy.’ I’ll workout and whatever, and I always think about that.”

Leah isn’t the only ‘Housewife’ who’s battling alcoholism. Luann de Lesseps, who was once kicked out of a gay bar, is also open about her struggles.