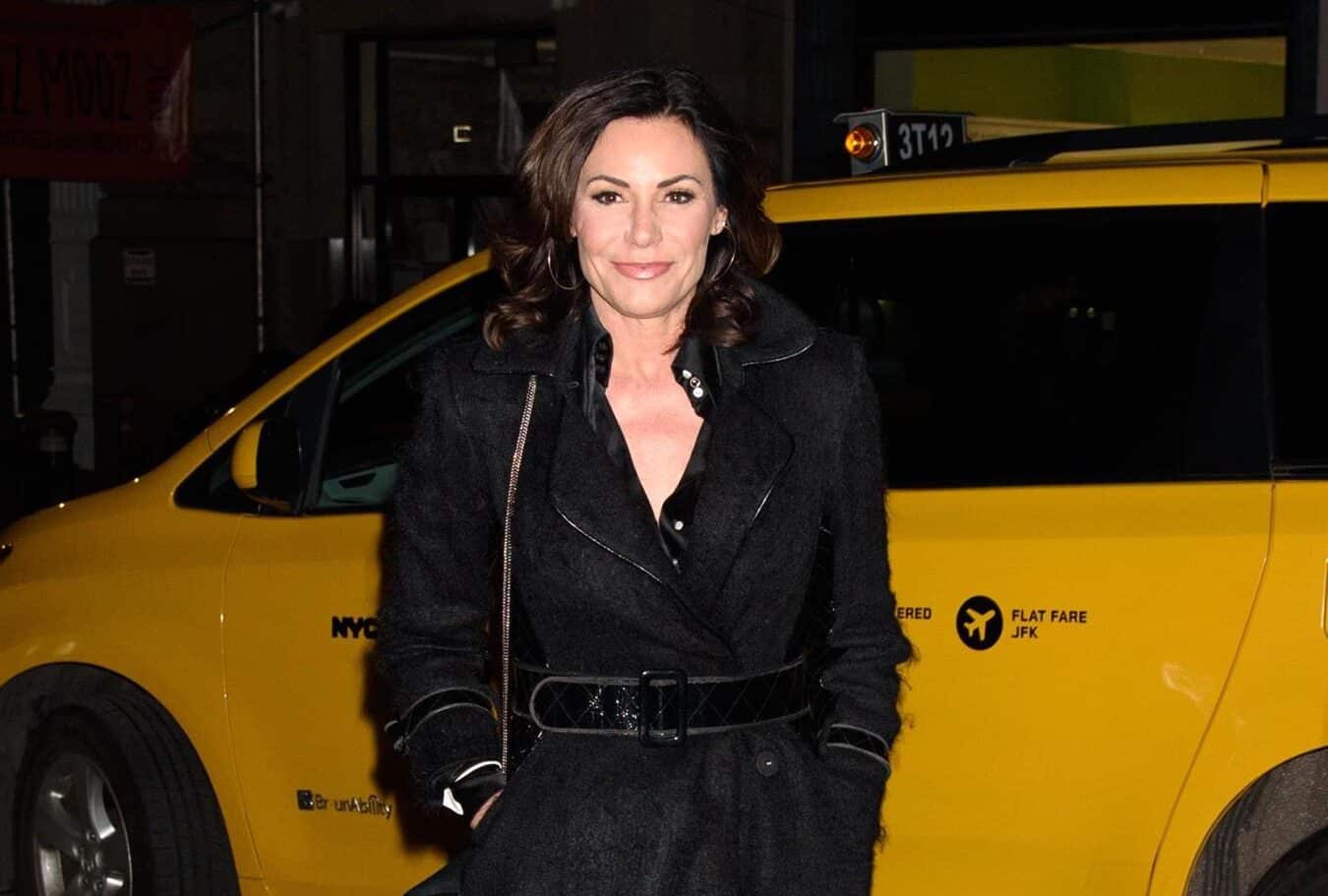 Luann de Lesseps is offering an apology to the New York City bar she was reportedly kicked out of last week after being accused of drunkenly singing a series of jumbled songs to “booing” patrons, telling them “f-ck you” and more.

Following the release of a shocking video, which featured Luann, 56, repeatedly cussing at patrons, the Real Housewives of New York City star admitted to wrongdoing after previously insisting she had simply had some champagne and left the venue on her own recognizance.

“This week, after a regrettable incident I was faced with the truth,” Luann began in a statement to the Daily Mail on March 19. “I want to apologize to the staff at Townhouse and anyone else I may have offended by my behavior. Clearly my struggles with alcohol are real! While I’ve made great strides over the years, there’s been times I’ve fallen. It’s one day at a time! I’m in recovery and taking steps to ensure this doesn’t happen again. I’m grateful to my family and my friends for their constant support.”

Last Wednesday, after being accused of drunkenly singing and “yelling at the gays, ‘You don’t know me! I’m a cabaret star,'” Luann defended herself against the sources who had given their accounts to Page Six.

“I went out and I was feeling all Jovani but clearly money can’t buy you class, especially with an audience who doesn’t appreciate my music,” Luann said in response, via email, to the Daily Mail.

Still, insiders claimed Luann thought she was “doing her act” and “yelled at the other patrons on the microphone” before being “thrown out for getting aggressive with the bar’s customers.”

“I realize I was a little bit tipsy, but we were having fun and it was getting late. I’d been rehearsing and I was in the mood to sing a few songs,” Luann alleged, noting that she had left “around midnight, 11:30 p.m.”

Even her friend, Jim Kierstead, the Tony Award-winning producer of Kinky Boots, insisted Luann was “met by legions of her fans” at Townhouse and “was the belle of the ball as usual.”

In addition to her admission statement on Saturday, Luann also shared a message with her fans and followers on Sunday, along with a quote from Harvey MacKay.

“Thank you everyone for reaching out and being so loving [and] supportive. It means the world to me [and] my family,” she wrote. “Wanted to share what really resonated with me this morning. ‘Life is too short to wake up in the morning with regrets. So love the people who treat you right, forget about the ones who don’t, and believe that everything happens for a reason. If you get a chance, take it. If it changes your life, let it. Nobody said that it’d be easy, they just promised it would be worth it.'”

Luann was arrested in Palm Beach in December 2017 after reportedly becoming drunk and kicking a police officer. Months later, she attended a stint in rehab.

The Real Housewives of New York City is currently on hiatus after a lackluster 13th season in 2021.