Are Karen Huger and Candiace Dillard Feuding Amid Filming on RHOP Season 7? See Their Cryptic Posts 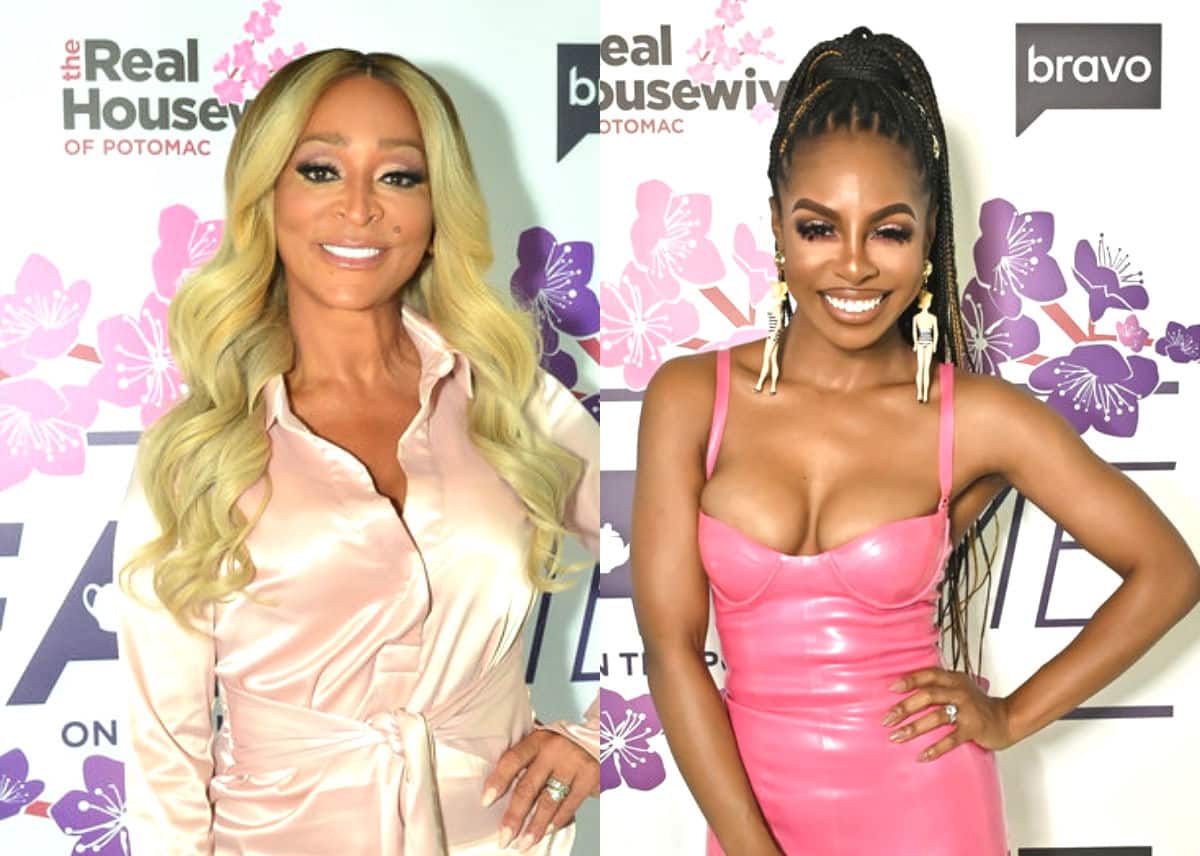 The Real Housewives of Potomac may have just begun filming for its upcoming new season, but there’s already drama brewing between costars Candiace Dillard-Bassett and “The Grand Dame” Karen Huger.

Viewers will remember that Candiace and Karen’s friendship hit a rocky patch two seasons ago after Karen refused to choose sides over the physical altercation between Candiace and former RHOP castmate Monique Samuels.

However, the “last straw” for Candiace was when Karen allegedly went behind her back and spoke to producers about her mental health and ultimately tried to get her fired, according to Urbanbellemag.

Now that filming for season seven is rolling, it looks like things have gotten worse between the two as they have been exchanging shady texts aimed at one another on Twitter as of late.

Karen fired the first blow, tweeting, “The best way to get a READ on where you truly stand with your gal pals is to host a party with bubbly and a🎤! Baby, believe…you will walk out with such clarity on what and who you are TRULY working with. When people show you who they are, believe them and carry on! #rhop”

Candiace then fired back with a tweet insinuating Karen was projecting a little too much, calling it a “disease.”

It’s not over yet, y’all, as the two continued their back-and-forth Twitter war.

Karen clapped back that she had looked up the term “fence humping” (?). This was seemingly referring to her being correct in not choosing sides regarding the Monique vs. Candiace debacle.

Candiace was still not letting it go and clapped back with another tweet, saying, “One thing about me, in this year of our Lord…I’m going to tell you who you are (cuz y’all like to lie to yourselves) and calmly return to my yoga mat.  The tizzies that may ensue afterward are a direct result of what I like to call ‘hitdogholleringism.’ Woof.”

“Hitdogholleringism” and “Fence humping”? I guess we better start brushing up on our RHOP vocabulary and slang.

Filming for season seven of Real Housewives of Potomac has begun filming, but no release date has been announced yet.