Home Real Housewives of Beverly Hills News RHOBH’s Garcelle Beauvais on Why She Broke Up With Will Smith, Plus Trolls Erika Jayne Amid Ongoing Social Media Feud

RHOBH’s Garcelle Beauvais on Why She Broke Up With Will Smith, Plus Trolls Erika Jayne Amid Ongoing Social Media Feud 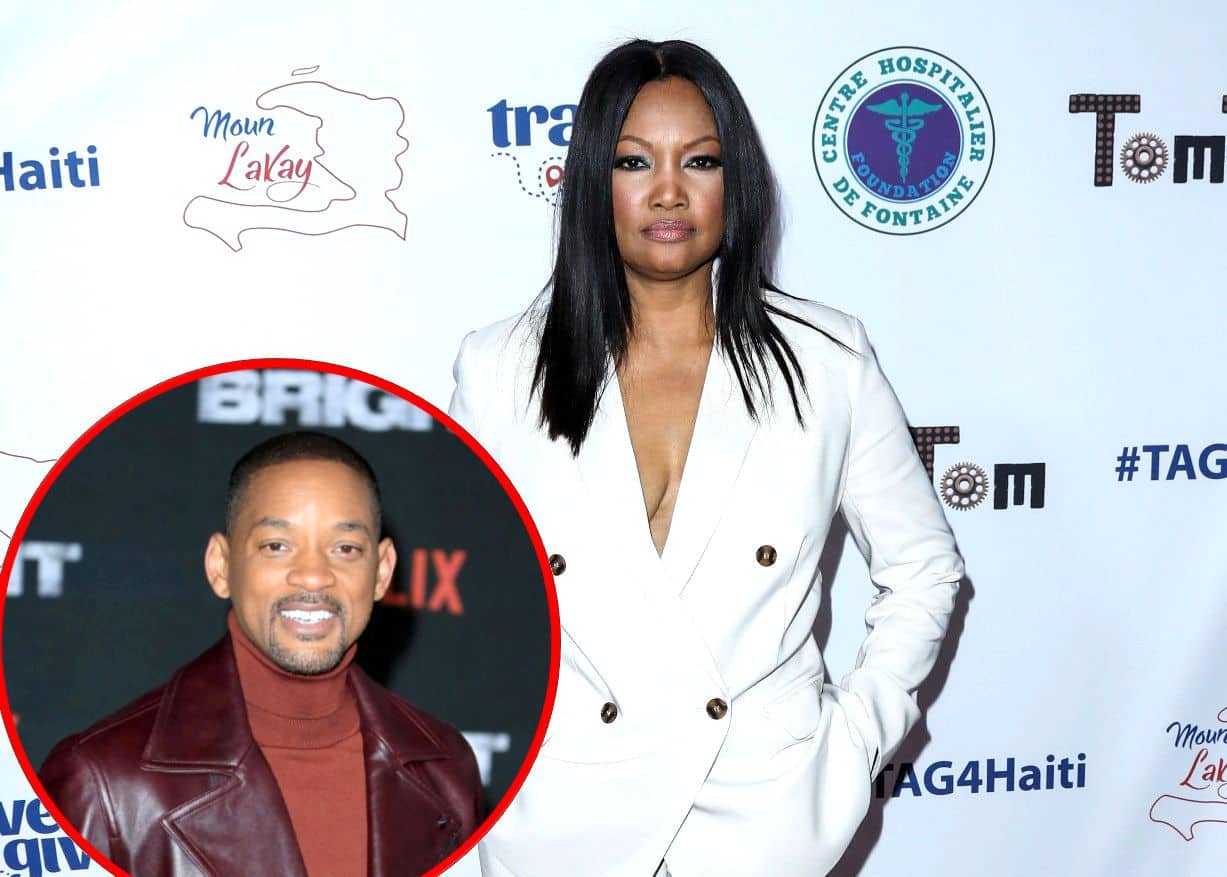 After Will Smith slapped Chris Rock at the Oscars, the actor’s past relationships came into focus. Two women in his dating history (including one of his wives) are now on The Real Housewives of Beverly Hills.

Will’s first wife, Sheree Zampino (the father of his first child), recently joined the franchise as ‘Friend’ of the cast. Actress Garcelle Beauvais, who became a ‘Housewife’ in season 10, is now opening up about her own relationship with Will in the 1990s.

In an interview for Las Culturistas podcast, Garcelle explained she dated Will after his divorce from Sheree. They met when she was guest-starring on The Fresh Prince of Bel-Air. “I was an ingenue, he was single and a TV star, so we went out a couple of times, it wasn’t a long-lasting relationship,” said the star.

She then discovered he was also dating his now-wife, Jada Pinkett Smith.

“I remember one day calling him and he was in the car and his son with Sheree was in the back,” she shared, via Heavy. “So you know, he picked up on the car or bluetooth or whatever it was back in the day or speaker phone whatever it was and he said, ‘hey how are you doing?’ And I said, ‘I’m great.’ I heard this little voice in the background go, ‘Is that Miss Jada?’ And that’s when I was like okay, I’m not the only one, exit stage left.”

Garcelle explained why she ultimately chose not to continue the relationship with him: “If a kid knows somebody then that person’s a little bit more important.”

The star also talked working with Will’s other wife, Sheree Zampino, on RHOBH. “It was great and it’s so funny, because she comes in, she goes ‘did you call me for backup?’ It’s been great… It’s just nice to not be the only [African American castmate] in the room, it’s nice to have someone that I know who has my back.”

It all started when Garcelle shaded Erika in the season 12 trailer with her now-famous line: “Erika, I don’t have to make you look bad. You can do that on your own.”

To make matters worse, Garcelle capitalized on the quote, and she trolled Erika in an attempt to promote Garcelle’s book: “You know how else you can look bad all on your own? By not pre-ordering your copy of [my book] ‘Love Me As I Am.’”

The pop singer responded with a video of Garcelle’s book in the trash.

Now, it seems Garcelle isn’t finished trolling her costar. On Twitter, the actress posted of video of herself winking into a camera, alongside the caption, “Mood😊😜 have a blessed day guys 😘🙏🏽.”

Erika also clapped back by resharing a fan’s post: “Trending because of an [Instagram] story her power.” She also reshared a comment from another fan, “Hasn’t she already told us she gives zero f***s?”

Garcelle, of course, is playing the long game. She knows what the audience wants (Erika being dragged through the mud), and if the actress plays her cards right, she’ll be coasting on the anti-Erika bandwagon until her book becomes a New York Times bestseller.