Below Deck Sailing Yacht’s Ashley Marti Accuses Gabriela of Making Crew “Miserable,” Shares What Was Edited Out, Plus Will Gabriela Quit Show? 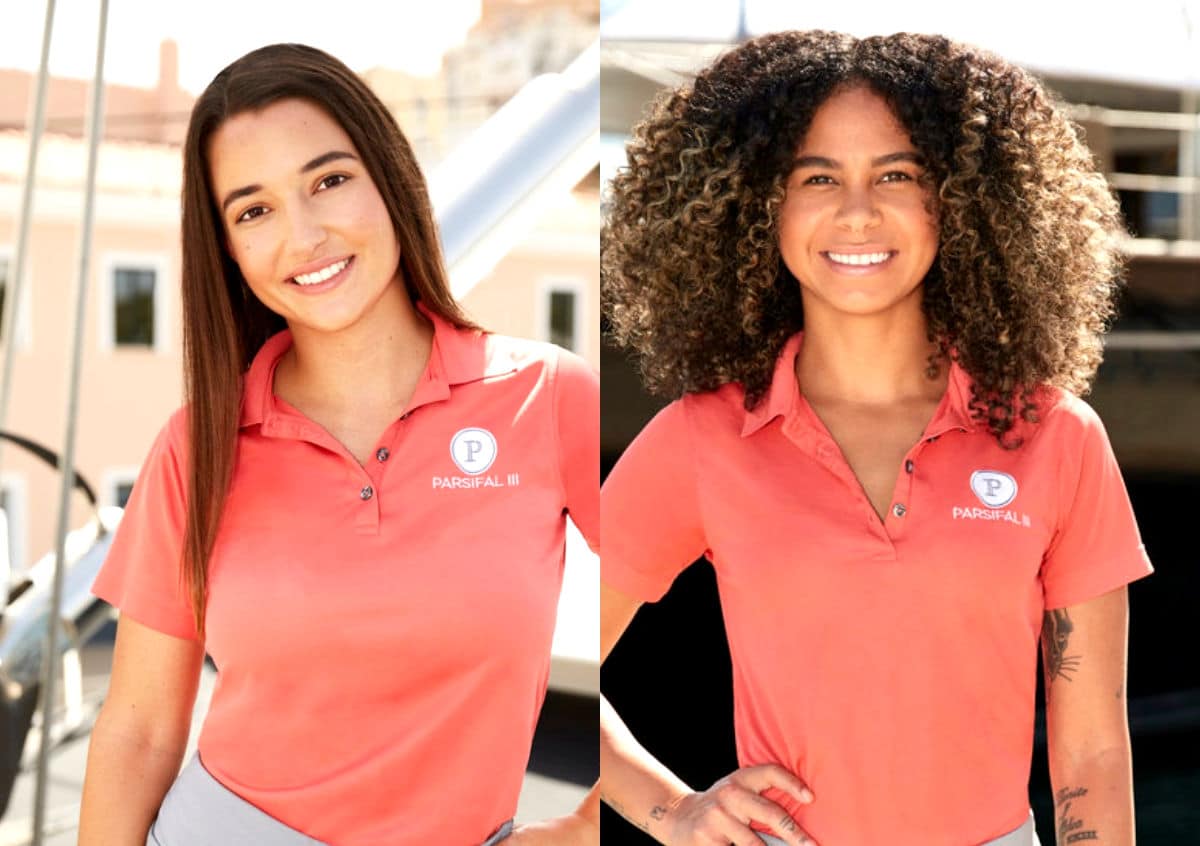 Gabriela Barragan and Ashley Marti are diving into drama on Below Deck Sailing Yacht. The second and third stews have engaged in a battle for the approval of their boss, Daisy Kelliher. Meanwhile, Daisy seems fed up with both of them.

The castmates started off on the wrong foot after Gabriela scolded Ashley in front of the crew. Their tiff happened early in the season when viewers knew little about their personalities.

On her Instagram, Ashley recently posted a photo of herself laughing with cast members. She wrote in the caption, “95% chance @kelsiescruisin or I said or did something gross right before this was taken 😅.”

Someone in the comments asked Ashley to share something “interesting” that wasn’t included on the show.

“There were many interactions between Gabriela and me, and her and other crew that would fully explain my attitude and feelings toward her,” said Ashley. 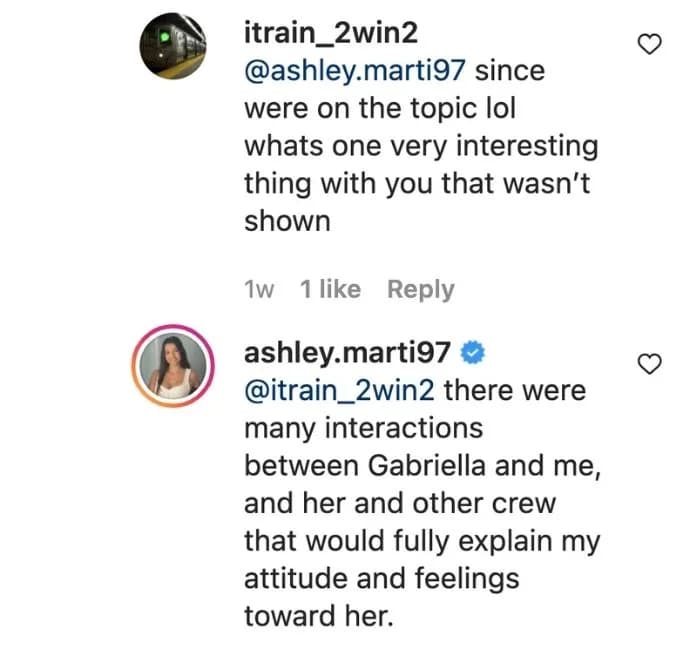 The same user mentioned the “bad blood” between them but expressed a liking for both Ashley and Gabriela.

“Yeah I can understand that,” replied Ashley. “It’s really hard work with someone that made the majority of the crew miserable. That’s the stuff that people who watch the show will never fully get from what is shown in the episodes.” 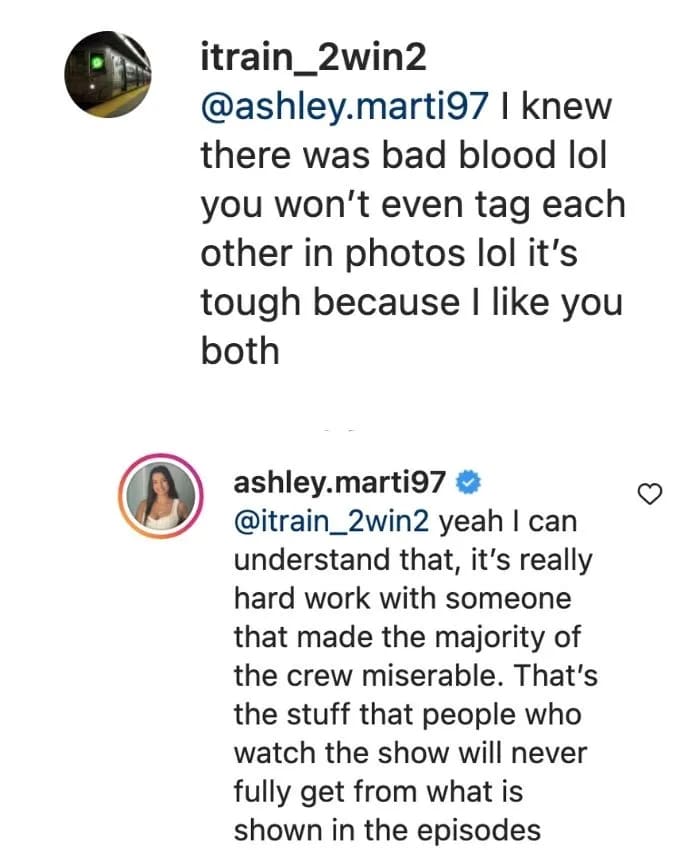 Rumors are swirling that Gabriela will exit the show because she made comments to that effect during Monday’s episode. The second stew was upset after Daisy scolded her recent behavior. The night before, Gabriela threw shade at Chef Marcos Spaziani, who then flipped her off.

This, of course, was not Gabriela’s first rodeo. She and Ashley have gone head-to-head on numerous occasions (because Gabriela believes Ashley is gunning for her spot, and Ashley believes Gabriela is a terrible leader).

At this point, it seems unlikely they’ll be bridesmaids in each other’s weddings.