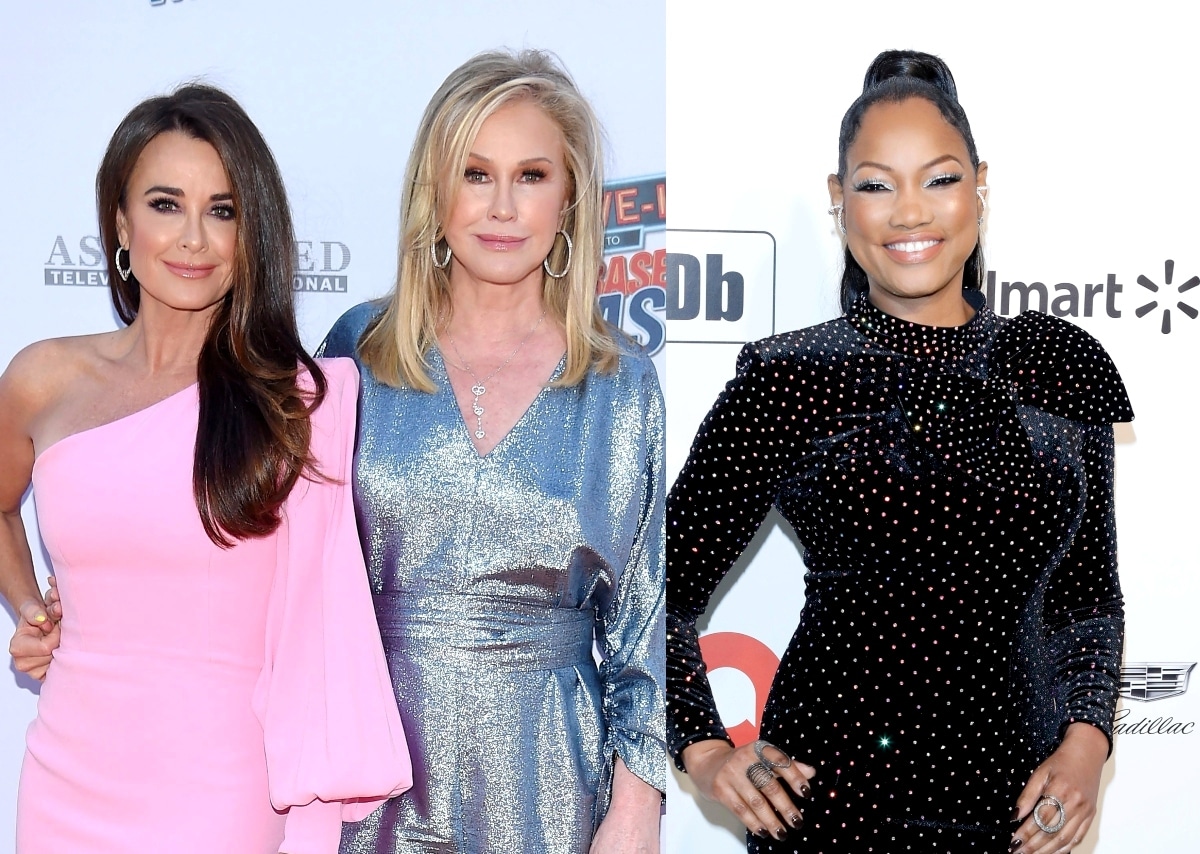 The Bravo Universe almost collapsed when Garcelle Beauvais revealed she was “absolutely” closer to Kathy Hilton than her own sister, Kyle Richards. The two sisters have shared a rocky history throughout the years, and the comment suggests they’re in the midst of another feud.

After Garcelle’s comment, Kyle shared in an Amazon Livestream that she was hurt and shocked by her Real Housewives of Beverly Hills co-star. Now, it seems Kyle is taking it a step further.

On her Instagram, Kyle responded to a post about the situation, writing, “We are sisters. Blood. Family goes through stuff. They have known each other for 2 seasons on a reality show.”

The mother and actress went on to say, “Regardless, the comment was not necessary.”

My guess is that Garcelle won’t be happy with Kyle’s commentary. Garcelle seems to have a history of turning on her ‘friends’ — especially if it helps her sell her new book (Love Me as I Am, which was released last week).

Garcelle recently capitalized on her feud with Erika Jayne in a social media post about Erika making herself look bad after Garcelle made the infamous comment about her co-star in a recent trailer.

Not long after the trailer was dropped, she posted the following on Instagram: “You know how else you can look bad all on your own? By not pre-ordering your copy of #LoveMeAsIAm before it comes out on Tuesday 😂 link in bio.”

In response, Erika posted a video of Garcelle’s book in the trash.

It seems Garcelle is not afraid to ruffle a few feathers with her castmates. In her book, she allegedly trashed not only Kyle but also Lisa Rinna and her daughter, Amelia Hamlin.

Luckily for Kyle, she got to take a break from the drama this weekend as she attended the opening night of Coachella, along with her husband Mauricio, BFF Teddi Mellencamp, and Teddi’s husband Edwin.

Teddi, in particular, had an interesting ensemble (which she showcased on her Instagram), choosing to wear a cow print corset, leather cowboy boots, and a wide-brim hat.

She also sported some white denim shorts with a black belt, hoop earrings, gold sunglasses, and gold necklaces. She seemed to be glammed up and had her hair sleek and straight.

In the caption of a post that included Kyle, Teddi wrote, “It’s not a [camel] toe. It’s the shorts. Obvs. @kylerichards18.”

Kyle also posted a group photo with her bestie, writing in the caption, “Every year I say it’s my last Coachella 🤷🏻‍♀️ #imbaaaaaack #hatersletmelive.”