RHOBH Star Lisa Rinna Calls Out Garcelle Beauvais Over Amelia Drama and Suggests She Broke Agreement, Plus Claims She and Erika “Always Win” 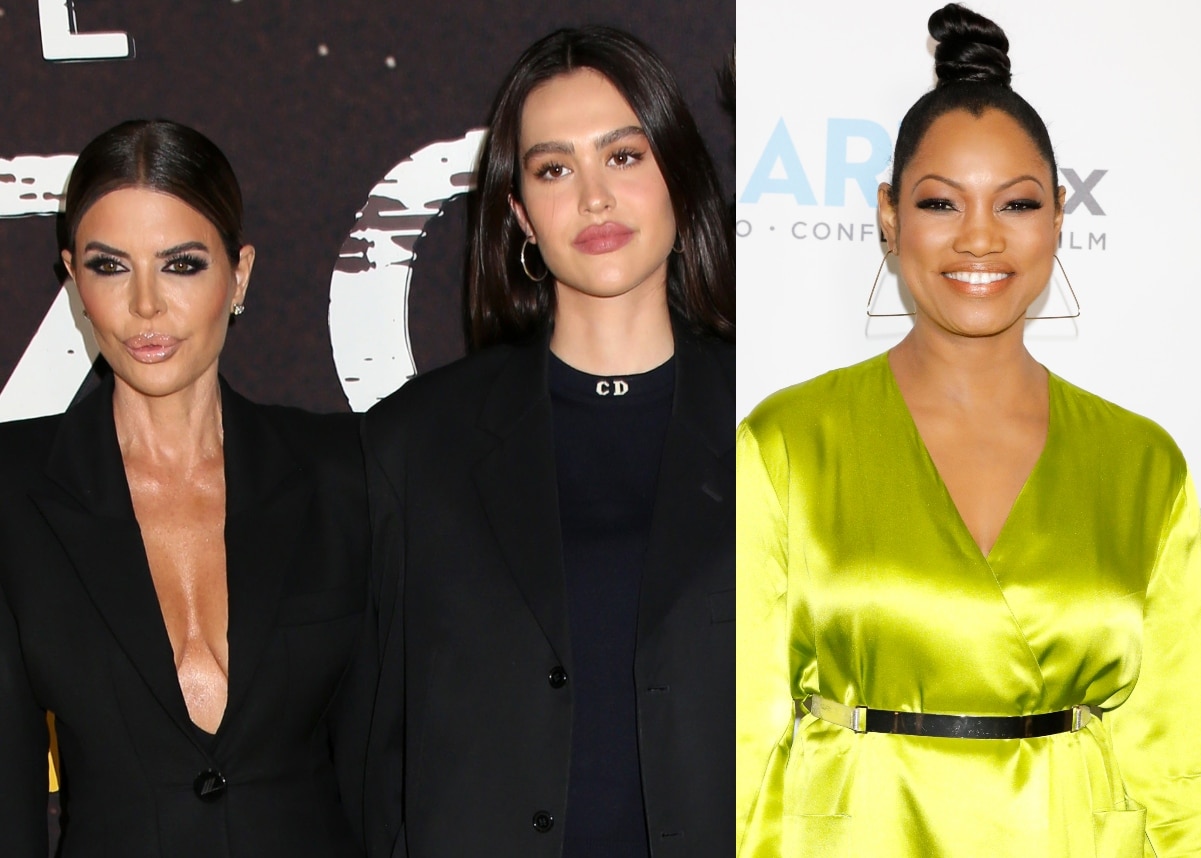 Lisa Rinna isn’t happy with Garcelle Beauvais after learning her Real Housewives of Beverly Hills castmate discussed her daughter, Amelia Hamlin, 20, in her recently-released memoir, Love Me As I Am.

After Garcelle addressed the mention on Wednesday’s episode of Watch What Happens Live, saying she simply looked back on “what happened on the show,” Lisa took to her Instagram Story, where she shaded Garcelle for breaking their agreement and suggested that “push back” was coming soon.

In a post shared by the Queens of Bravo on Instagram, it was noted that Lisa had said she and Garcelle had agreed not to discuss one another’s kids following their season 10 feud over Amelia’s eating disorder before Garcelle wrote about Amelia in her book.

“Do you consider a hand shake binding?!” read a question on Lisa’s page. 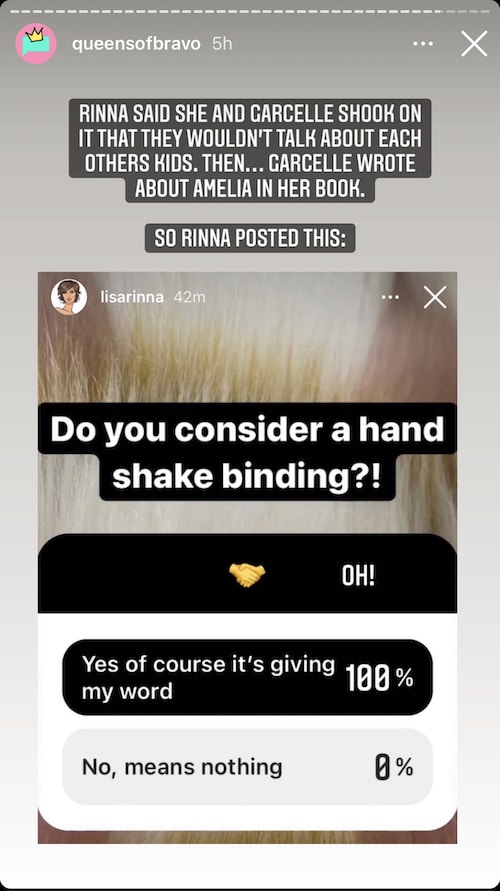 As her Stories continued, Lisa shared a clip of Garcelle on WWHL, during which she revealed that Kathy Hilton is closer to her than she is to her own sister, Kyle Richards. 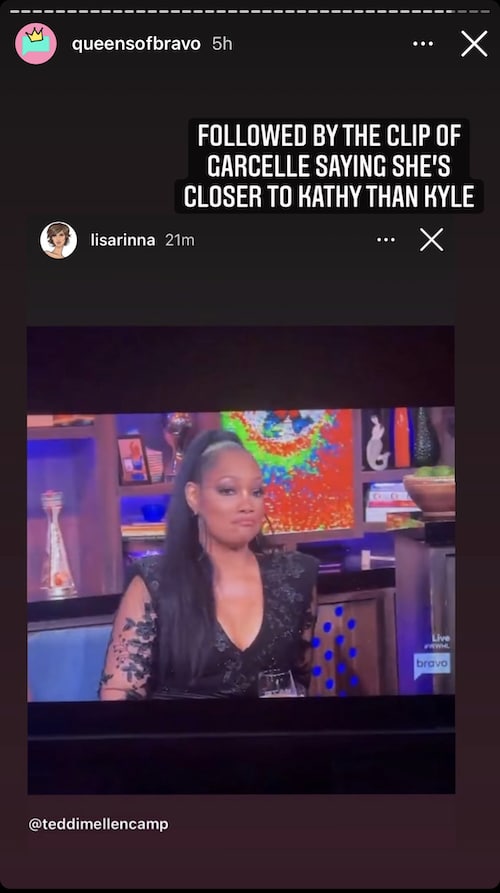 While Lisa didn’t share captions with all of her posts, she did write what appeared to be a personal warning to her RHOBH castmate, saying, “If you push just be ready to get push back.” She also asked if the phrase should be her season 12 tagline. 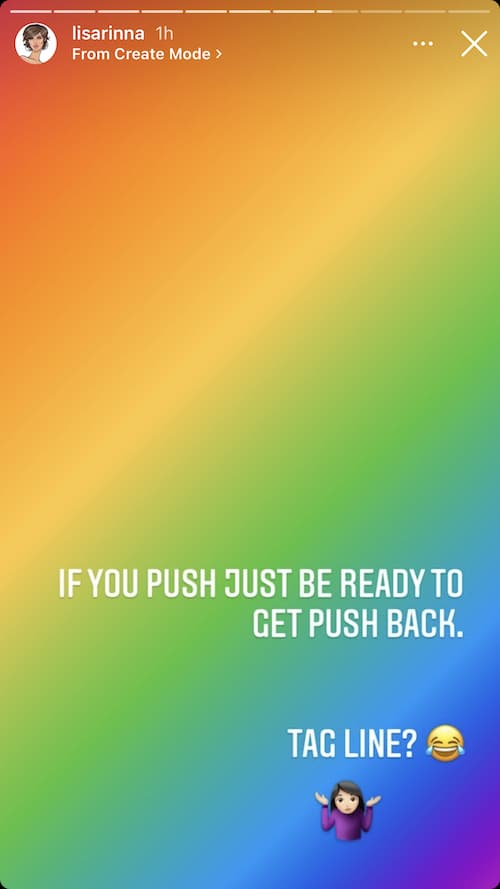 Also on her Instagram Story, Lisa shared a couple of posts about her and Erika Jayne, who was the first to slam Garcelle for mentioning Lisa’s daughter in her book.

In her second post, Lisa reshared a Story from a fan, who wrote, “[Erika Jayne] and [Lisa Rinna] always win. Always.” 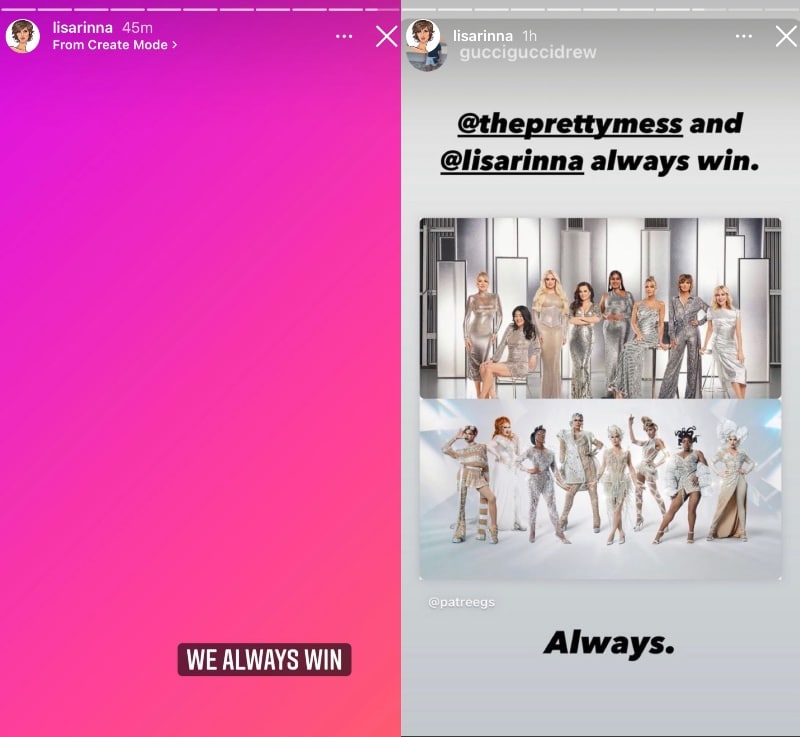 Earlier this week, Erika called out Garcelle for using certain RHOBH cast members, including Amelia, to promote her book.

“Hiii is it true that Garcelle trashed the whole cast on her book to get publicity on her book???” a fan had asked.