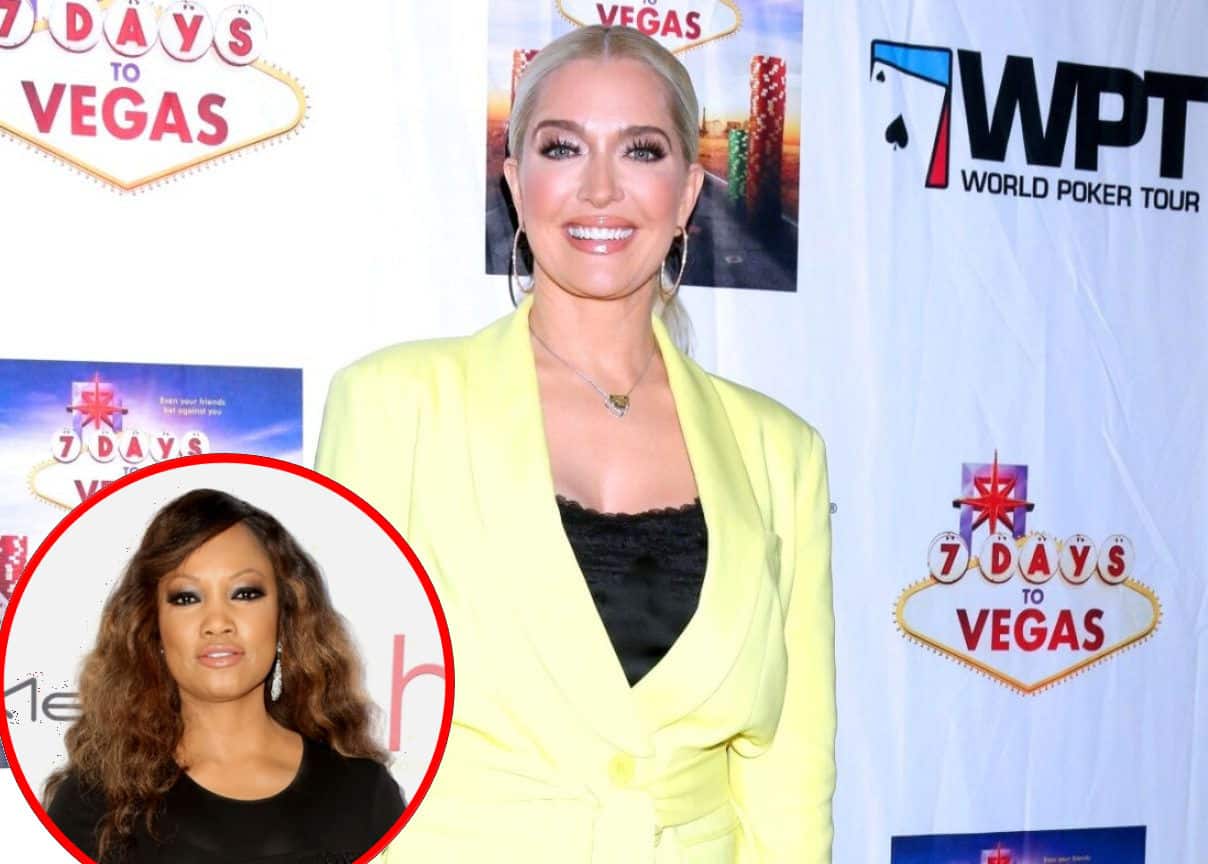 Erika Jayne went on a bit of a rant on Twitter on Tuesday night, and while chatting with her fans and followers, she reacted to the question that’s been on the minds of many: Why did she share a video of Garcelle Beauvais‘ new book, Love Me As I Am, in the trash?

In addition to shading her Real Housewives of Beverly Hills castmate for using Amelia Hamlin for publicity and suggesting she isn’t as classy as she seems, Erika explained why she tossed her publication in the garbage.

“What made you throw the book out?” a fan asked on April 12.

“Her Instagram post,” Erika confirmed. “No need to use my name or very complicated legal and personal problems to sell her book. She has enough friends to help her..” 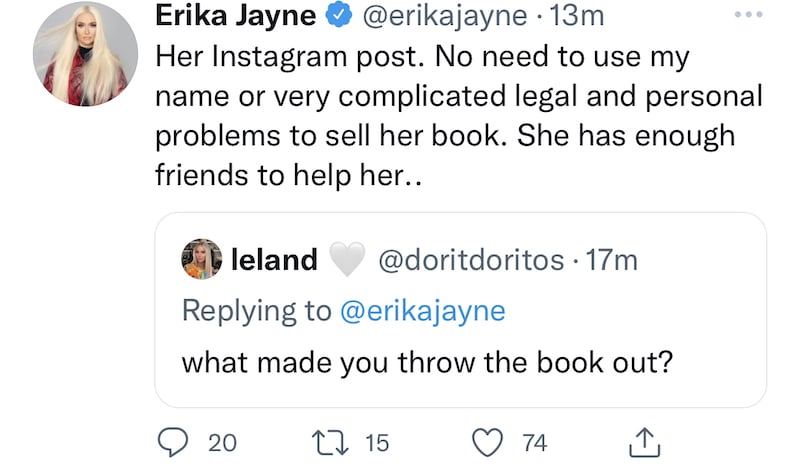 Earlier this week, as she promoted the release of her book, Garcelle gave a nod to an encounter between her and Erika that was recently seen in the season 12 trailer.

“Is that to make Erika look bad or is that out of genuine concern?” Erika asked her castmate in the clip.

“Erika, I don’t have to make you look bad. You can do that on your own,” Garcelle fired back.

“Hiii is it true that Garcelle trashed the whole cast on her book to get publicity on her book???” asked a second fan. 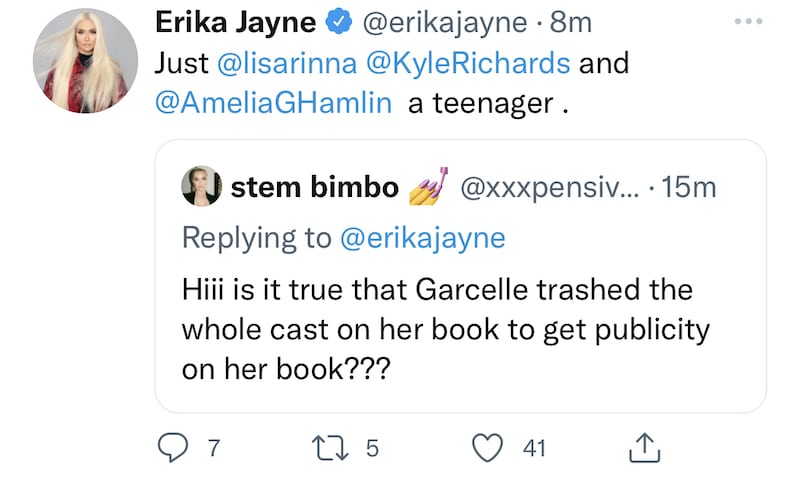 As RHOBH fans will recall, Garcelle feuded with Lisa on the 10th season and caused a stir when she suggested her racy dancing videos on Instagram could be having a negative impact on her daughter, Amelia, who had been vocal about her past struggles with an eating disorder. 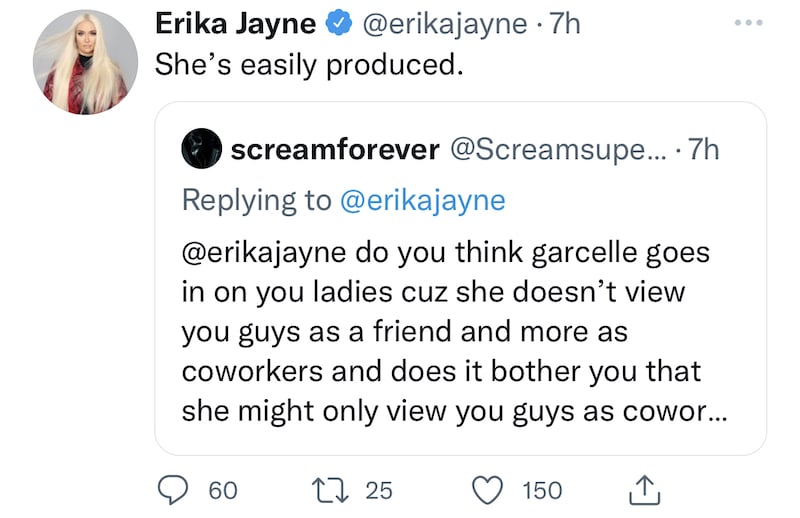 Someone else on Twitter suggested that Garcelle is “much classier” than Erika and noted that Erika likely knows she’s “wrong” for dissing Garcelle’s new book so publicly.

“If you say so but I actually have contact with her so my experience is quite different than yours,” she replied. 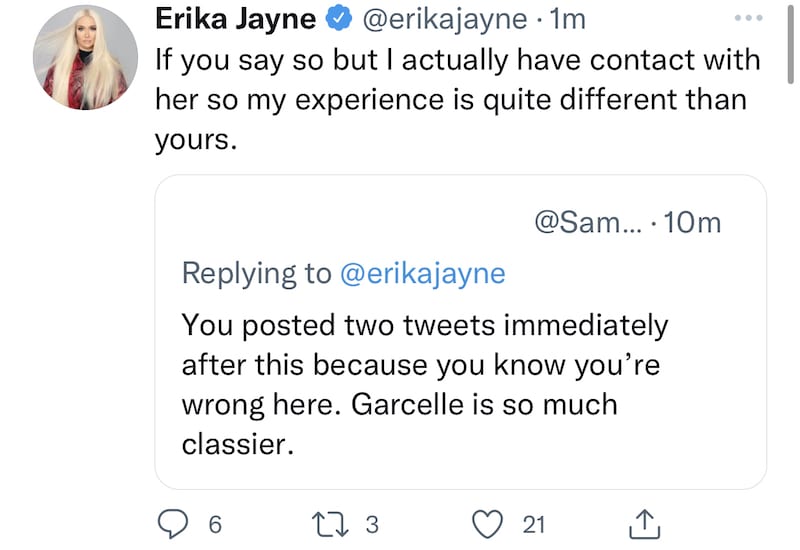 Another person on social media wanted to know how Erika felt about claims of being jealous of Garcelle and Sutton Stracke.

“Any reaction to people who say you’re jealous of Sutton and Garcelle?” they asked.

“I am not,” Erika clarified. “We all have interesting, busy lives.”