GG Gharachedaghi Shades Kelly Dodd as a “Has Been,” Reveals Physical Encounter with Luann de Lesseps, Plus Talks Randall Controversy 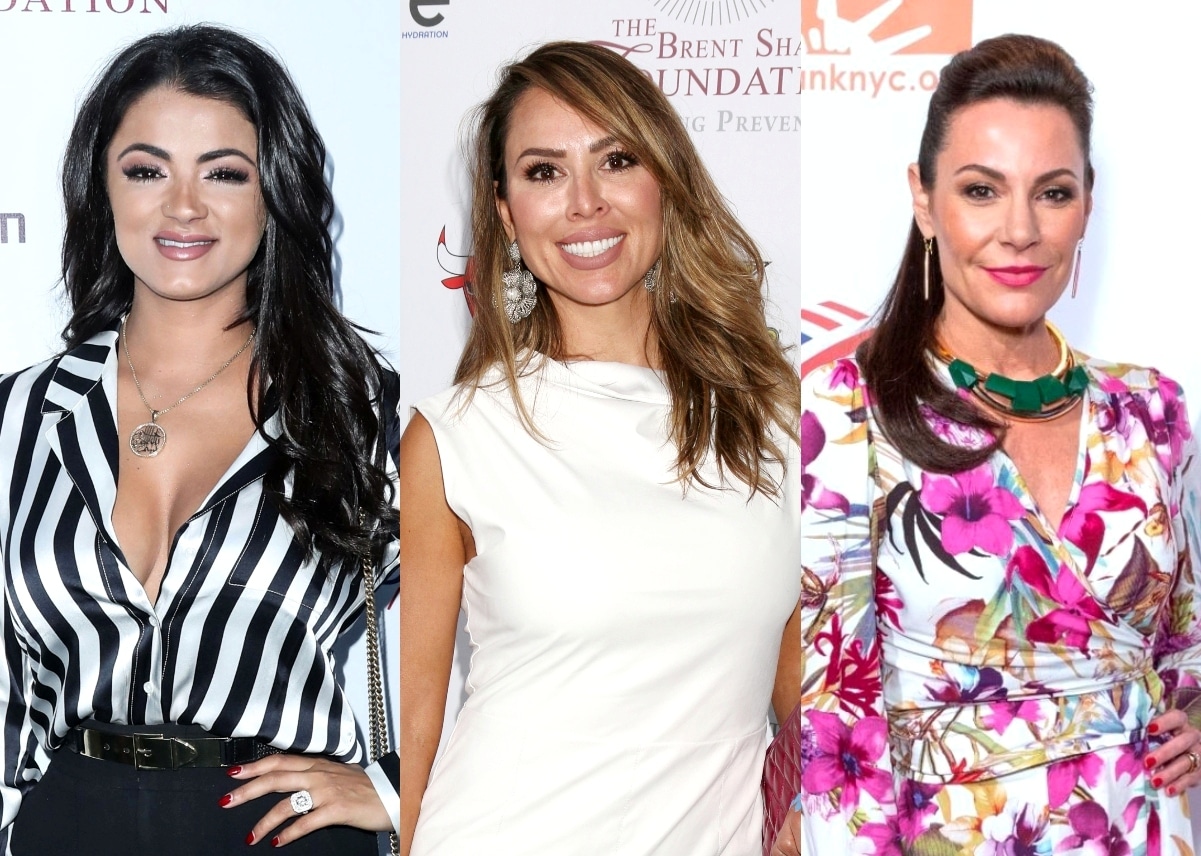 Golnesa “GG” Gharachedaghi is known for doing what she wants. Recently, the Shahs of Sunset star fell in hot water after interviewing Randall Emmett (who allegedly cheated on Lala Kent).

Last week, GG suggested Lala was trash after Lala dissed her in an interview on Watch What Happens Live.

On the premiere episode of the Do You Love It? podcast, GG played a game called “Puff Puff/Pass.” Essentially, she was asked if she would smoke weed with certain celebrities or if she’d rather “kick them to the curb” with a pass.

GG surprisingly said she would smoke weed with enemy Kelly Dodd, but her reason wasn’t so friendly. “I would love to smoke weed with her because I think that’s probably all she needs in life to calm the f**k down and take the stick out of her f**king a**,” she said, before calling Kelly a “has been.”

The star actually passed on Vicki Gunvalson: “[Vicki would] be one of those [high] people that’s swimming naked in the lake with the snakes. I would not jump in to rescue [her].”

“[The event] was like this big thing that would happen once a year that every person from Bravo would get invited to,” GG said. “Directly to the side of me was the Countess Luann … She is a very big woman … She’s got a lot of size on her. I’m sitting there talking to Reza [Farahan], chitchatting, then my entire body gets shoved down from the one side as [Luann] uses my body to prop herself to stand up.”

She went on to say, “We’ve never formally met, we’re just sitting. We’re Bravo family, but we’ve never even talked like that. I then released my body to slide so she could drop. I was like, ‘Holy s**t.’ I’m like, ‘Reza, did you see that? … What the f**k?'”

Unfortunately, their problems didn’t end there.

“So [Luann] came back and she’s like sitting in her seat and the show’s going on. Now I notice one of my other Bravo friends sitting behind her. So I do one of these things … with my arm it’s as if I’m reaching over to say hi, and I kind of, you know, brushed her face, and she’s like, ‘Ugh.’”

“So,” said GG. “I do not like that woman. She’s mean. She shoved my whole body down like a crutch.”

Next, the star addressed her controversial decision to interview Randall. She explained, “I don’t want it to seem like I’m offending either Randall or Lala. But the truth of the matter is I was friends with Randall before I ever knew Lala. So I’m a loyalty person in that reference … I’m being really attacked from all sorts of angles, [like] I support cheaters, and that is just like, ‘come on.’ … I’m trying to cover a story, a situation.”

“For six months, nobody was able to talk to Randall,” she said. “So, instead of people being like, ‘Wow, she was able to like get him to talk, that’s amazing of her,’ I’m being like stabbed [by people saying], ‘You’re gross. I’m unfollowing you. I just lost all f**king respect for you.’”

GG also received heat from fans after she revealed her new interest in polyamory (the practice of having multiple romantic partners). The star opened up about her decision: “When I read about polyamory for the first time, and I kept reading about it, it was as if… ‘Oh my god I’m not weird. Like, there’s a whole thing out there [about] polyamory, and I’m not weird.’”

“Unfortunately in a society, we’re so suppressed to live by this role,” GG added. “So it’s been really cool to feel myself a little bit more. It’s a little liberating, I would have to say, that I understand a little bit more about my intimacy level, and why I always have so many issues in relationships.”

GG revealed she “was seeing three people. It’s now sort of two. One [of them] is my ex, [which] was a little difficult for me. He told me he’s ready to try this. He said he’s different … He’s respectful. He doesn’t ask me any questions about my dates. I do have another one who [is not like that]. It’s more difficult for men to grasp the concept of a woman openly being with someone else… One [of the guys] every other day [asks] ‘Are you with that guy? Is that your guy?… Are you going on a trip with that guy?’”

“That’s not what I signed up for,” said GG. “Because jealousy cannot exist in a polyamorous relationship.”

GG did not address the big news — Shahs of Sunset‘s recent cancellation. However, the podcast host, Dez Andrew, is hopeful she’ll return to the screen, and she mentioned the rumor of a spinoff.