Was Shahs of Sunset Canceled Due to Mike Shouhed’s Arrest? Insiders Speak, Plus GG Reacts to News as Asa Soltan Rahmati Throws Shade 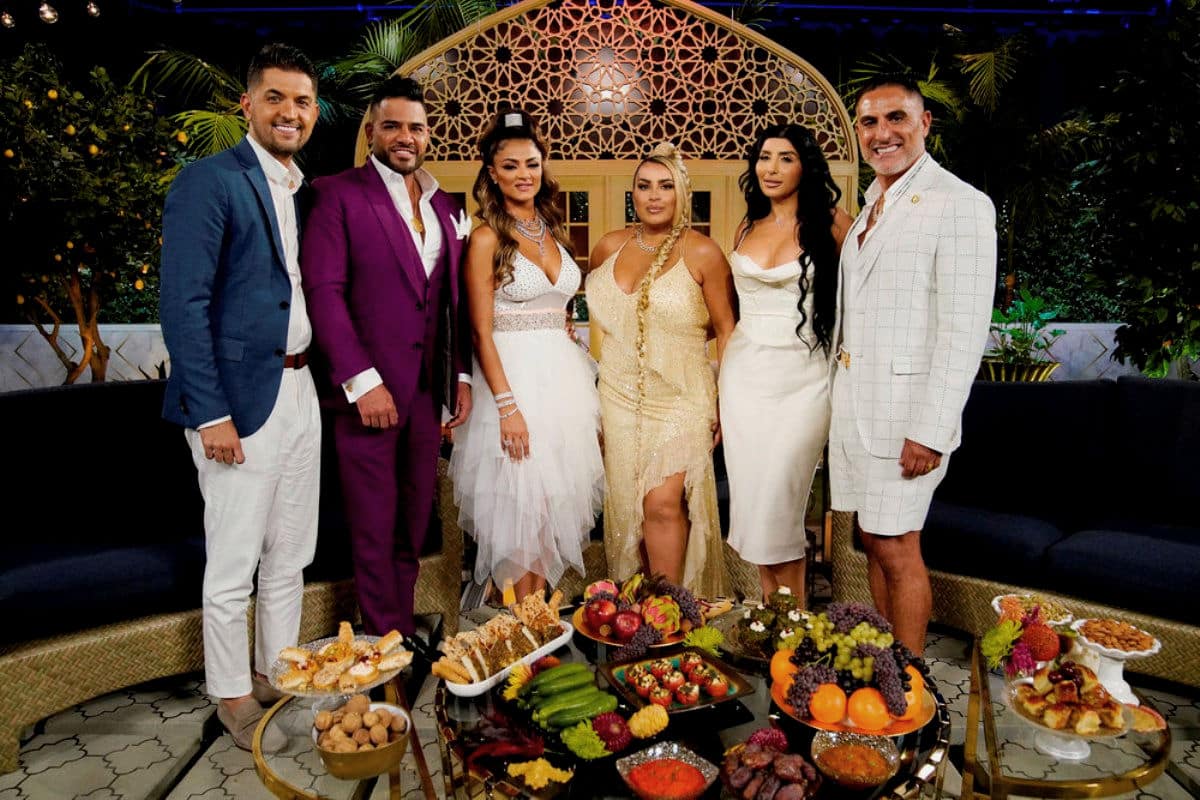 Mike Shouhed was arrested just days before Shahs of Sunset was reportedly canceled — but was his run-in with the law what led to the show’s end?

As a number of sources speak out with details regarding what may have led Bravo to cancel the long-running reality show, which featured a group of Persian-Americans living in Los Angeles, Golnesa “GG” Gharachedaghi is teasing her future return to television as her ex-co-star, Asa Soltan Rahmati, threw some major shade at the series.

In a screenshot shared by Queens of Bravo on Instagram, Entertainment Tonight reporter Brice Sander reacted to the news of Shahs’ end.

“The [Shahs of Sunset] news is true… Show isn’t returning for season 10,” he shared.

And after a fan wanted to know if the decision was made before or after Mike’s arrest, Brice confirmed that conversations surrounding the series’ potential cancellation had been ongoing.

“A source tells me the cancellation has nothing to do with Mike’s arrest and that ending the show has been a conversation for a long time,” he explained. 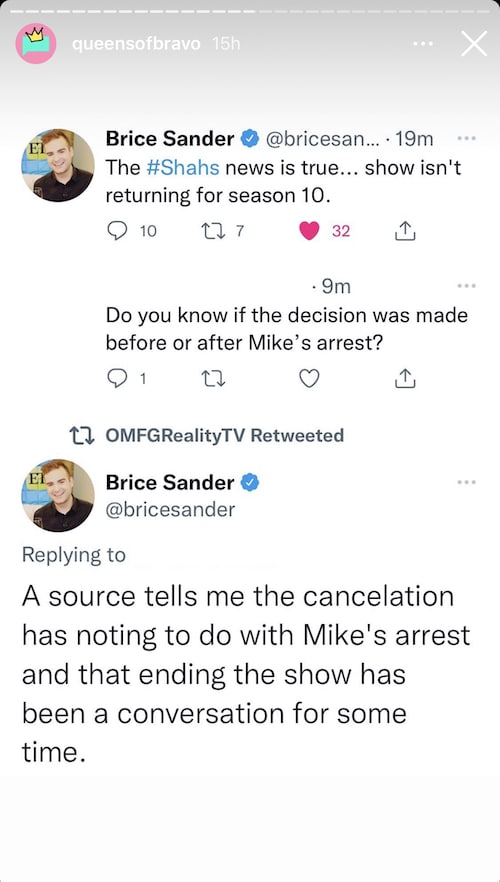 As for what led to these conversations, there have been contradictory reports, with one source telling Page Six the series had become “too expensive” for the network and another saying it had simply “ran its course.”

As fans may have heard, Mike was arrested on March 27 in Los Angeles and dealt with a felony charge of corporal injury on a spouse or cohabitant, which he denies. But it remains unknown whether his fiancée, Paulina Ben-Cohen, was involved.

Despite the suspicious timing, the insiders said Mike’s arrest was unrelated to the cancellation.

“Mike’s situation has nothing to do with what is currently being reported about the show,” one stated.

“And there was little chance that Mike would return if there was a new season anyway,” another added.

The outlet went on to say that Bravo is reportedly in the early stages of a new project with GG and a couple of other OG cast members, including Reza Farahan and Mercedes “MJ” Javid, which GG seemed to confirm on her Twitter page.

Former cast member Asa also reacted to the news on Twitter. And after saying it “makes sense” that the show would end, she made it clear that she was no fan of the direction the show had gone in following her exit in 2017.

“Its about time sadly, lost its light after [Asa Soltan] left, but then just became more and more toxic. Bye bye [Shahs of Sunset],” read a retweet shared by Asa on April 7.

Asa then said it was a “good sum up” after seeing another Twitter user had taken aim at a number of her former castmates.

“Not surprised. After [Asa Soltan] left, it went down hill after that. [Destiney Rose] was great on People’s Couch, not so much on Shahs. And boy did they try to make her happen! GG and her ‘issues’ [were] becoming disturbing to watch. Mike, train wreck [and] the Reza [and] MJ drama was just toxic, bad,” they had written.

In another tweet, Asa responded to Mike’s arrest, noting that his legal drama is “symbolic to the energy of the show.”