Home Real Housewives of Atlanta News RHOA’s Kandi Burruss and Marlo Hampton React to NeNe’s Lawsuit Against Bravo, Plus Marlo on What Led to Feud With Kenya

RHOA’s Kandi Burruss and Marlo Hampton React to NeNe’s Lawsuit Against Bravo, Plus Marlo on What Led to Feud With Kenya 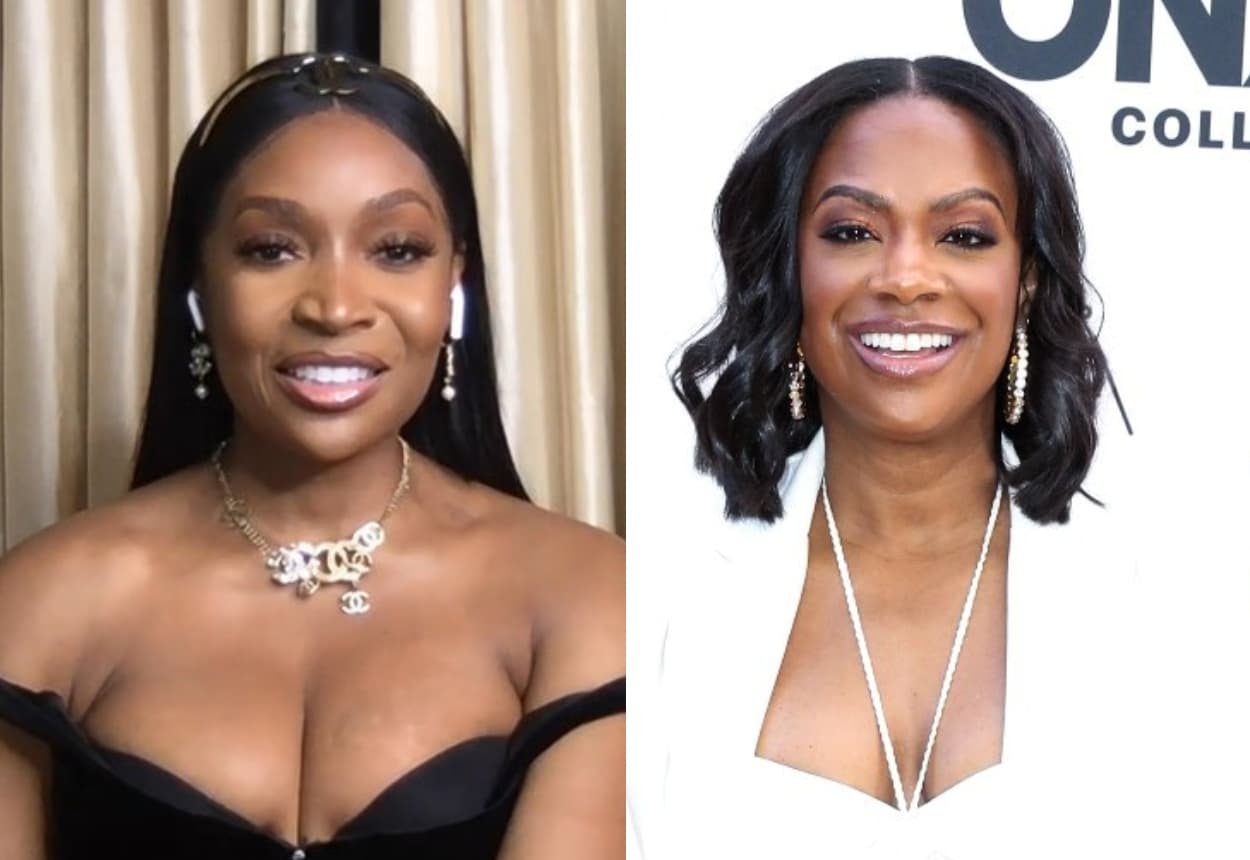 Earlier this month, NeNe Leakes sued Bravo, Andy Cohen, and other companies behind the hit show, Real Housewives of Atlanta. In the lawsuit, NeNe stated there was a workplace of racism.

The suit mentioned another star, Kim Zolciak-Biermann, but she wasn’t named as a defendant. NeNe said she complained of Kim’s racist remarks, but the network gave Kim a spinoff show — instead of dealing with the alleged behavior.

Now, her former co-stars on RHOA are starting to address the massive suit. On the opening night of Strange Loop, Kandi Burruss told Page Six she has “no opinion” about NeNe’s lawsuit against the network.

“I don’t think anything [of it],” she said, “I don’t have anything to say about it … Never! Absolutely have no opinion.”

NeNe and Kandi aren’t the best of friends these days. In March, Kandi said NeNe called her a racial slur.

Another of NeNe’s former costars — Marlo Hampton, who finally received a peach for the upcoming 14th season — reacted to the lawsuit in an interview with Extra: “You know, we’re going to leave that where it’s at. Just sending my sister some love and kisses and we’re gonna keep talking about me and my peach and how it’s my time to shine, baby.”

Speaking of season 14, Marlo hinted that her friendship with Kenya Moore took a bad turn. “I started off 100%, loyal friend, loving Kenya, 100% supportive. And just watch and see how that pans out,” she said in the interview. “I just have realized I don’t want a sister or friend if I can’t tell you how I feel without you getting upset. I may not deliver the message the best, but I can have my own opinion. I don’t have to agree with you and just get over it.”

The star added, “A lot of girls are not girl’s girls. If it’s beneficial for them, or if they need you to style them or borrow something of yours or your fashion advice or home décor advice, then you’re a friend.”

Although Marlo described Kandi as a “sister,” she also seemed to have a message for her: “I just feel like Kandi, I don’t care who you are, what you do, what you have, if you’re wrong you’re wrong. And if I don’t agree with you, I’m not gonna agree with you. So that’s just what I’m seeing. Friendships have to be real, or I don’t want the friendship.”

While the new peach-holder is quick to talk drama regarding the new season, she remained mysteriously tight-lipped in her reaction to the suit.

So far, no one has expressed direct support (or direction opposition) for NeNe’s lawsuit. This is interesting, considering NeNe’s history with her castmates. Perhaps one of them will reveal more details behind the situation or explain what may happen with the network.

The season premiere of Real Housewives of Atlanta airs Sunday, May 1, on Bravo.