Below Deck Sailing Yacht Fans Outraged Over Ashley Marti’s Hookup with Gary King, Did the Third Stew Cross the Line? 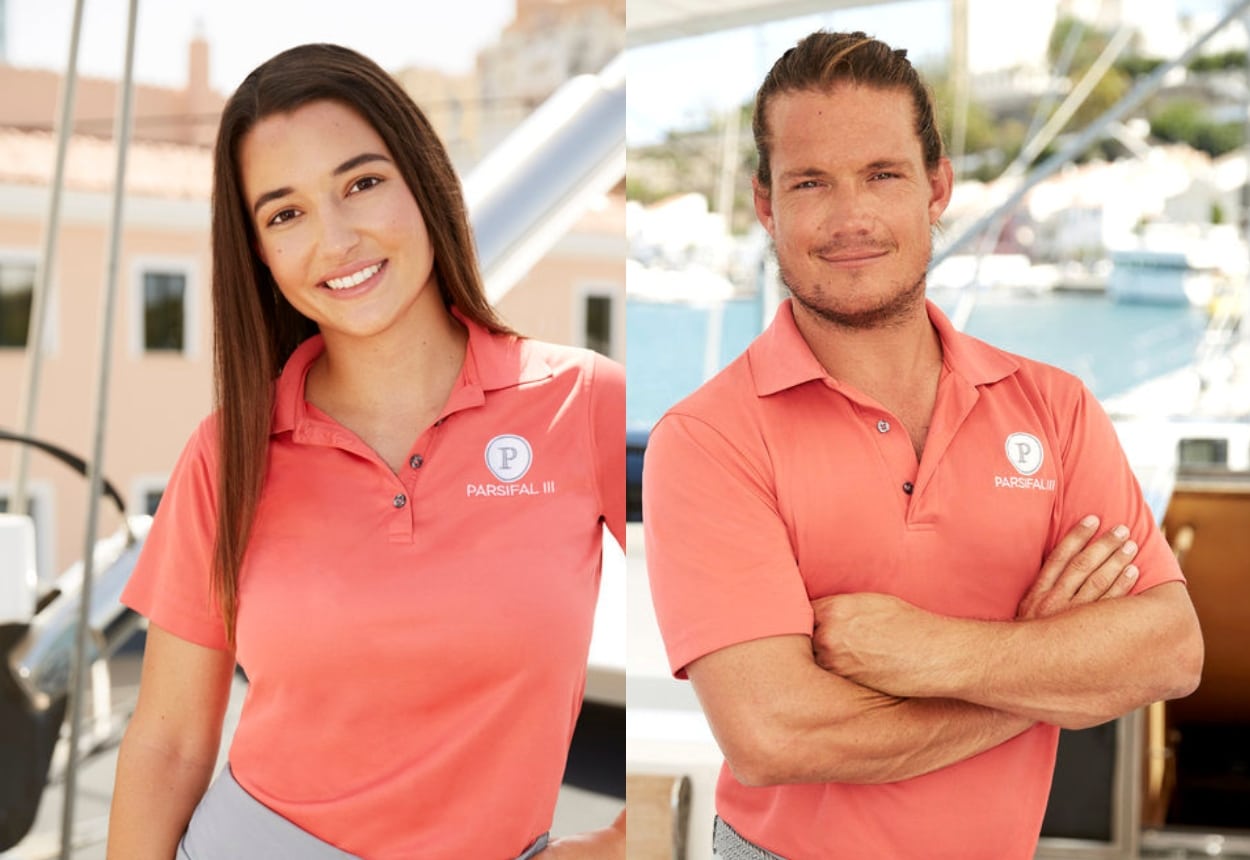 On the latest episode of Below Deck Sailing Yacht, Ashley Marti met with Gary King in a guest cabin — with no cameras — to give him a massage. Both had been drinking heavily. Ashley eventually took off her clothes to have sex with him.

At one moment in the scene, Gary expressed that he just wanted a massage. In response, the third stew said, “You’re f*****g inside of me right now. We’re way past that.” The next day, Gary said he couldn’t remember what happened.

Fans who watched the episode were shocked as they listened to the hookup, and some took to Twitter to call Ashley a “predator.” 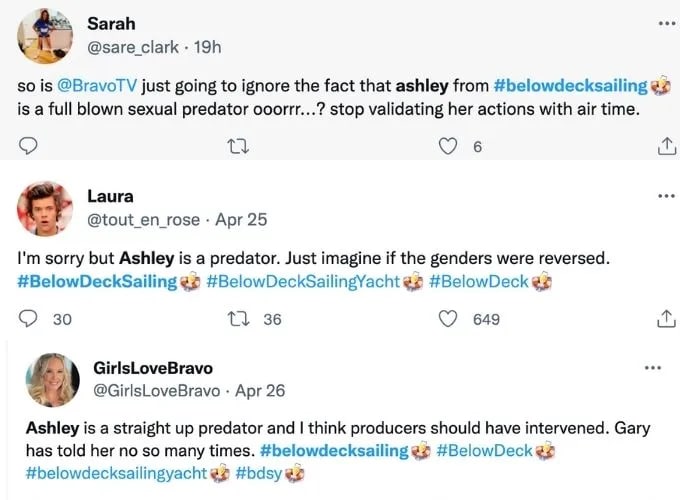 Other users said the encounter was sexual assault. 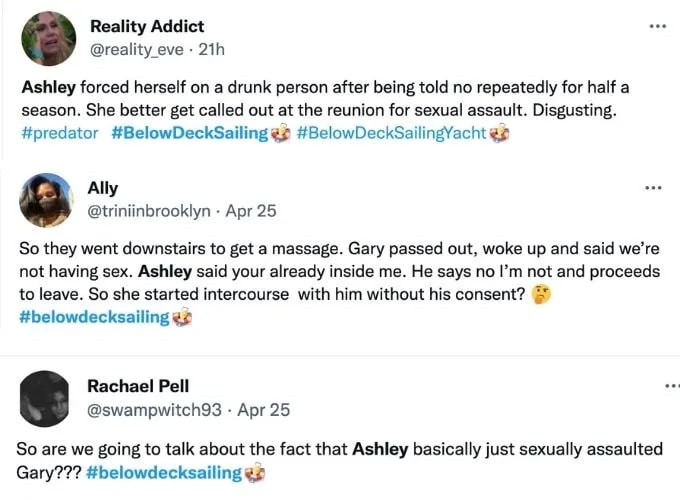 Different fans described it as “rape.” 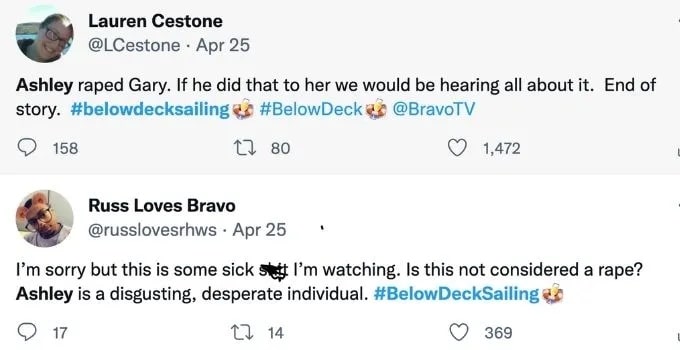 Many viewers feel there is a double standard on the show. According to one fan, if Ashley and Gary’s genders were reversed, the “cops would have been called.”

Gary is describing himself as being paralytically drunk and doesn’t remember a thing while Ashley is bragging about finally having sex with him 🤦🏼‍♀️ The cops would have been called if the roles were reversed #BelowDeckSailing #BelowDeck pic.twitter.com/zcXYvssUxZ

Just saying… Imagine if Ashley said "we're not having sex, I came for a massage…" and Gary told her 'oh well, it's already in.'
We'd be calling for his head#belowdecksailing #belowdecksailingyacht pic.twitter.com/PHFZLJA0IF

Others were slamming the host Andy Cohen after he asked Captain Glenn Shephard if he truly believed Gary couldn’t remember it.

Fans are outraged at the apparent lack of accountability on the show. Will the network and producers confront the situation? Perhaps the allegations will be addressed at the reunion.