Chelsea Lazkani on Selling Sunset Regrets, Bribe Drama, Update With Emma and Christine, Reunion, Feud With Davina and Why She Joined Show 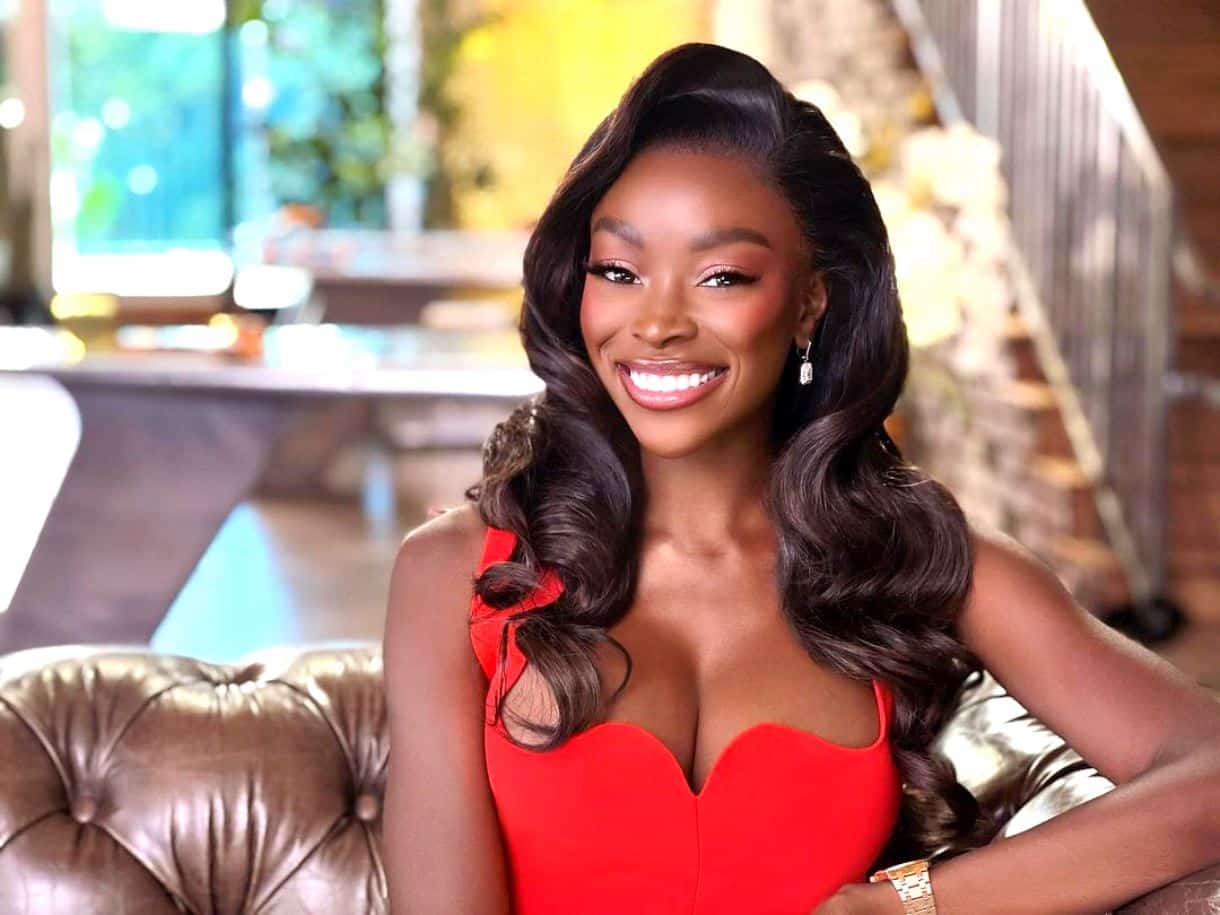 This was a tricky situation for the newbie, who tried to avoid the minefield of drama as she developed friendships within The Oppenheim Group.

In an interview with ET, Chelsea explained why she joined the show. “The truth is I never, ever considered reality TV!” she said. “If somebody asked me this time last year, ‘Would you do reality TV?’ I’d say, ‘Over my dead body’… It’s my worst nightmare, I’m such a private person typically. However, when I wanted to get into real estate, I was looking for representation. I was looking for role models that looked like me and could essentially help accelerate my career and I didn’t find any.”

She eventually told herself, “’This is an opportunity to be a role model for so many young girls that are just like you. If you don’t take this opportunity, another person that may get it may be too scared to, too’… It was really about paying it forward and knowing that not only can this help my business grow, but it could also help so many other young Black women get into this industry.”

According to Chelsea, her first scene with Christine was indeed real (although it looked fake to many viewers): “I kid you not… That was the first time I have ever glimpsed at Ms. Christine Quinn… What you’ve seen transpire on TV was just about as organic as it gets and it was really just so beautiful to have that initial, instant, electric connection with somebody. So I just want everybody to know that because I watch it back and I kind of have chills because I’m like, ‘Oh my gosh, I just met my best friend.'”

She eventually mentioned some office dynamics. “I realized that I’m a lot different from the other ladies, if I’m honest with you,” she said. “I went in there thinking that, ‘OK, this is going to be a situation whereby me and these ladies are all going to be the same…’ Watching the season back, I was proud of myself because I looked back on it and I just realized that I was able to rise above it.”

Regarding Christine, the newbie wasn’t happy about the group mentality. “I think that as adults and as professionals, if we have a gripe with somebody, we go to that person directly, and if there is a heated discussion unraveling in front of you that you are not involved in, you shut up and you mind your business,” said Chelsea. “But what you don’t do is throw stones and what you don’t do is nitpick or use that as an opportunity to rehash your gripe with that person.”

Were there any moments Chelsea regretted on the show? “The only scenes I looked back on and was like, ‘Ugh!’ was when I… didn’t stick to my guns,” she said. “I think early on in season, you see me kind of like, ‘Oh, I wonder what this person said about me, about me not having my real estate license?’ But later on in the season I had to correct myself because I was like, ‘Don’t listen to anything. Don’t listen to hearsay. Unless it’s said to you in front of you, give that person the benefit of doubt and rise above it or go directly to them.’”

Chelsea claims she now has a close friendship with Chrishell Stause and Emma Hernan (two of Christine’s greatest enemies). “I think everybody’s entitled to their own opinions and their own walls and I think everybody had a wall, but once they met me, that wall was instantly broken down,” she revealed. “I feel very, very grateful to have individual relationships with all of them.” 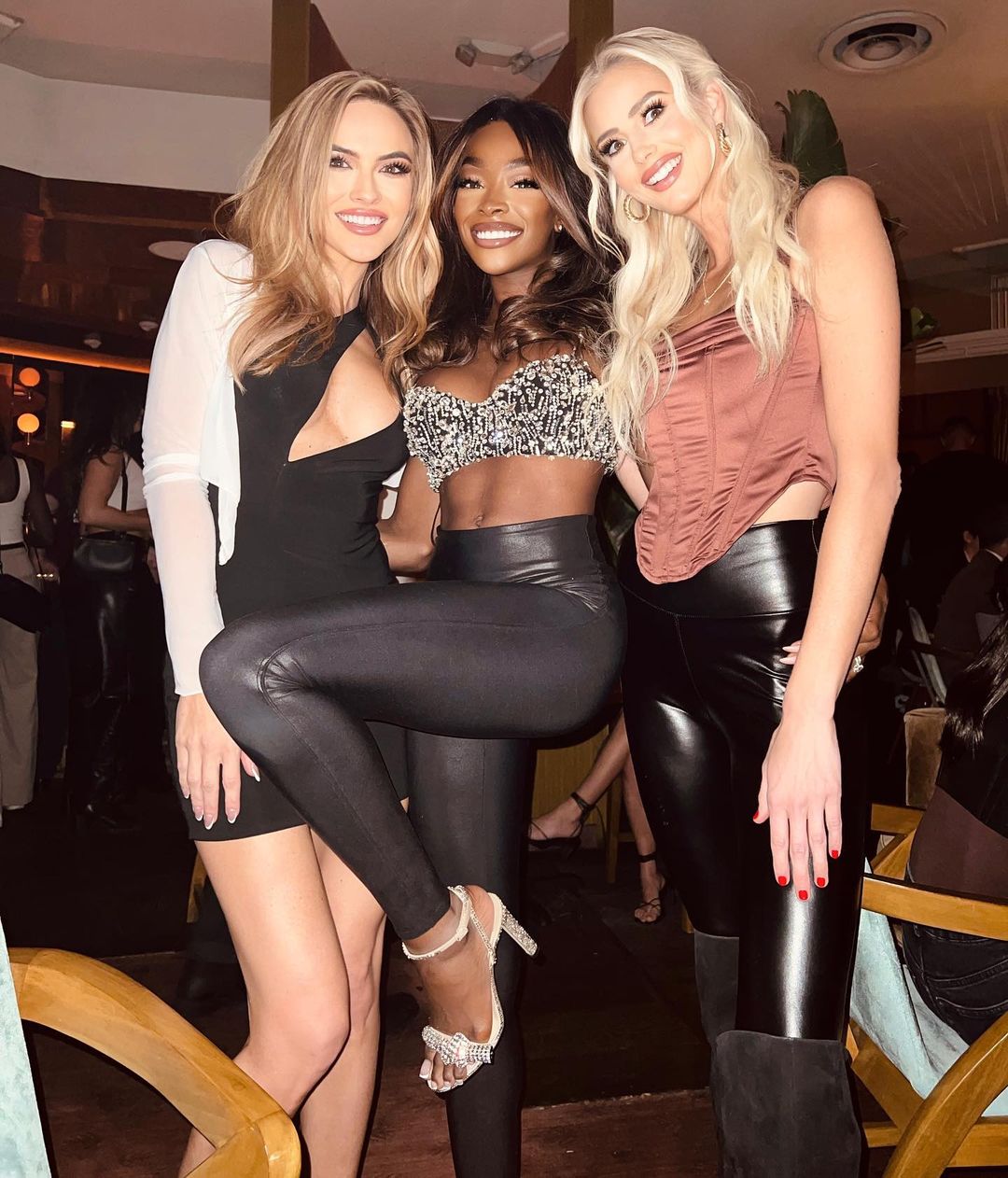 She went on to say, “I’m a loyal person and I know how to keep my trap shut… I’m like a vault. If you give me information from this side, I keep it and I bury it… I don’t let the sides cross. I have so much information that I’m just not sharing.”

There was one cast member, however, who didn’t vibe well with Chelsea. “I think that Davina [Potratz] and I, we differ on values greatly,” she expressed. “I think ultimately the people closest to you probably share the same norms as you and our norms just very much differ. I’m very much a straight shooter and a straight-up person, and what you see is what you get. I think that maybe she’s a little bit more Switzerland, and that’s totally OK, but you’re going to have a hard time with someone like me, because I always want to know where I stand with you and what you think of me.”

Chelsea explained, “I’m still cordial with Davina, but if you stand for nothing, you fall for everything… I think that you have to be opinionated, especially when you’re in this office and the moment you shrink yourself, I personally start to think, ‘Oh, is this person being genuine? Is this person being authentic?'”

The star was then asked about Christine’s alleged bribery, which may or may not trigger her firing. “Honestly, I know nothing about it,” said Chelsea. “If it did happen, that’s sad, if it didn’t happen, that’s also sad because now that it’s out there kind of makes this wedge greater. I just hope that we can all communicate and talk through things and hopefully reconcile. That would be my greatest joy.”

She hopes, however, that Christine stays in the firm. “Christine adds such a wonderful energy and dynamic and she shoots for the stars,” Chelsea expressed. “She’s got these grandiose visions and brokers’ opens and goals for herself, so it’s just so nice to be around that energy.”

Although the reunion had yet to be taped at the time of the interview, Chelsea said that it was going to be a “turn-up fest.”

“You put all these girls in beautiful gowns and beautiful hair and makeup and the sass comes all the way out!” said the star. “I’m only really, really close with two or three of the ladies. The others, I don’t really speak to that frequently. We’ll see if there’s anything they want to hash out with me, if there’s any feathers that I’ve ruffled.”

The 29-year-old isn’t intimidated. “I’m always open to have the conversation. I love to talk. I love to get people to know the why behind things I say or do. I’m not afraid of having hard discussions, so sure. Let’s go.”