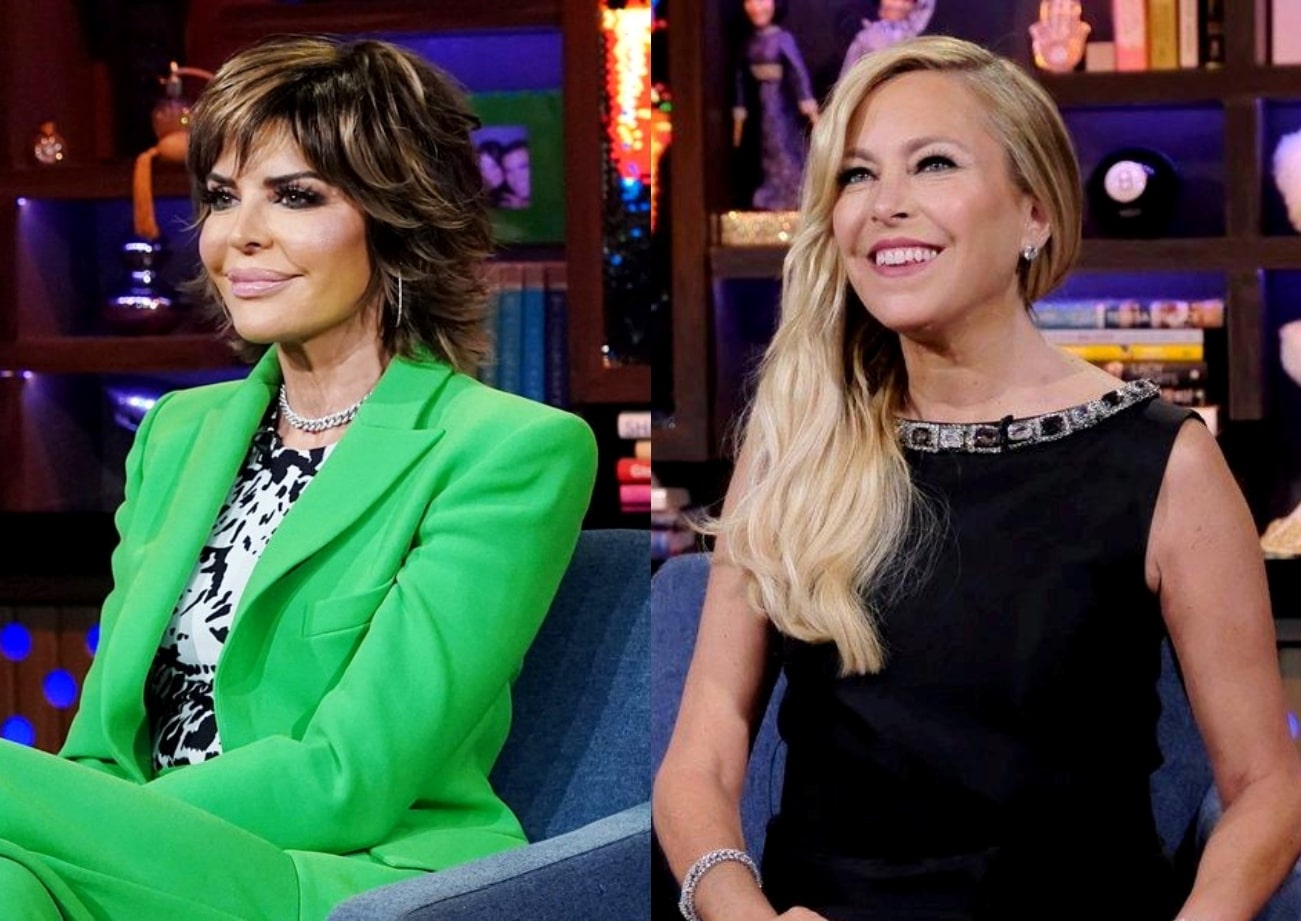 Lisa Rinna and Sutton Stracke are on opposite sides of the war. In the last season of Real Housewives of Beverly Hills, Lisa defended her bestie Erika Jayne (who received endless rifle fires from the Enemies: Sutton and Garcelle Beauvais).

The dividing lines, it seems, are still at play. According to a new scene from the upcoming season, Lisa and Sutton are preparing for battle.

During the sneak peek — which was just released by Bravo Insider — Lisa spoke to Erika about a shady comment from Sutton on Watch What Happens Live.

The video cut to the WWHL interview, and it showed when Sutton shared a story about Lisa and her husband Harry regarding an Elton John gala. Sutton dropped the following bomb to Andy Cohen: “They came with me as my guests… I never got a thank you.”

Lisa said she was in her bedroom watching the interview when her jaw dropped.

“I was like, ‘What is [Sutton] talking about?’… I was not happy about it,” Lisa told Erika.

In the next scene, Sutton explained the issue to Garcelle. Apparently, Sutton shared the story on WWHL because she wanted to defend Garcelle, who was attacked by Lisa for not saying ‘thank you’ for a gift.

“It doesn’t matter how expensive the gift is,” said Sutton to Garcelle. “If it comes from the heart, you don’t need a thank you.”

On her Instagram, Lisa decided to throw shade of her own, and she revealed more details behind the story.

“Harry and I have been going to the Elton John Oscar party to raise money for AIDS since 2006,” she wrote. “We were never guests of Sutton Stracke ever. In 2019 we had our own table that we were scheduled to sit at. At the time, Sutton was desperately trying to get on RHOBH and I was happy to help her, so she asked us to sit at her table at the event.”

She went on to explain, “I said sure why not, and I gave up the table we were assigned to sit at.”

One of the castmates is lying, of course. Both are known for stirring the pot. But if Lisa is the guilty party, her story is very elaborate — and easily disprovable. It seems unlikely that a seasoned Housewife would make such a rookie mistake.

Perhaps the Bravo Gods will open the floodgates of receipts.